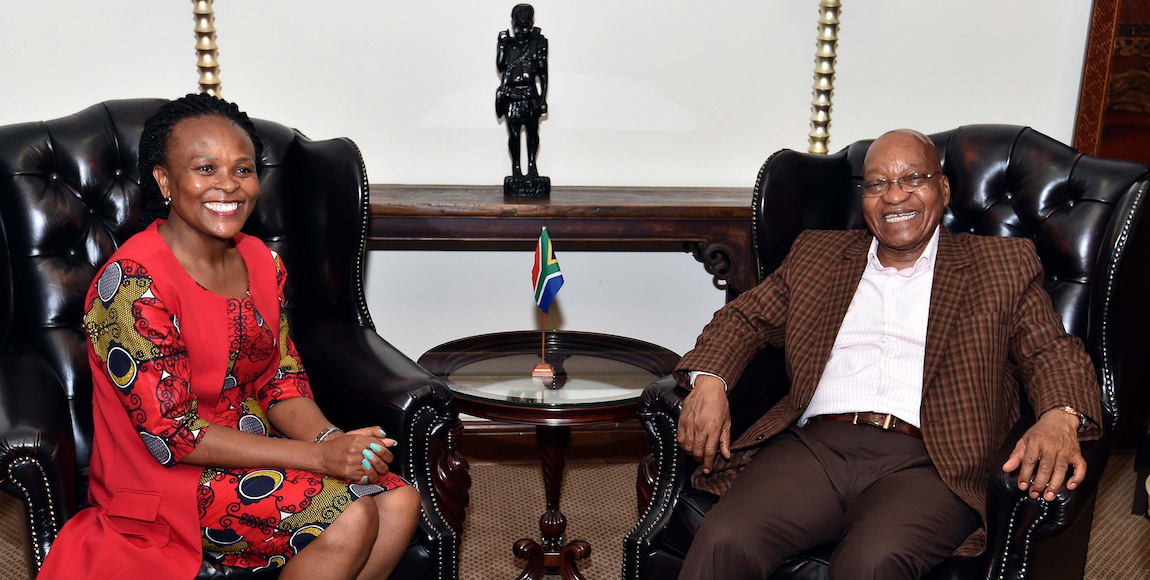 On September 12 2017, the South African Reserve Bank filed an affidavit containing evidence of a meeting between the Public Protector, Busisiwe Mkhwebane, President Zumaâ€™s legal advisors and the State Security Agency that took place earlier this year. According to the Public Protectorâ€™s notes of the meeting (which were attached to the affidavit) she discussed amending the constitutional authority of the Reserve Bank to protect the countryâ€™s currency.

Following this meeting, the Bankorp Report was released by the Office of the Public Protector, and recommended remedial action which, among other things, would see the Constitution amended to change the Reserve Bankâ€™s authority. This remedial action was set aside in August 2017.

According Mkwebane, her meeting with the president’s legal advisors was to â€˜clarifyâ€™ information relating the report and that she was permitted to consult with the presidency on the recommendations and how they would be implemented.

While the process is a lengthy one, there are strong grounds for a committee to find that, at the very least, Mkhwebane is incompetent. However, this finding will then need to be passed by a majority of Parliament. Whether this can be achieved in the current political climate is unclear.