Home Fees Must Fall Can the University of Pretoria compel students not to protest this year?
WhatsApp
Facebook
Twitter
Email
Print 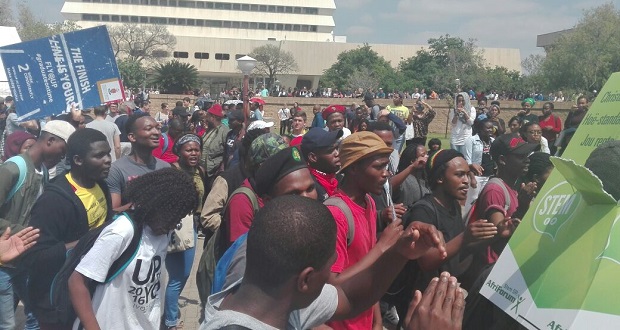 Students at the University of Pretoria who have criminal cases pending against them regardingÂ theÂ #FeesMustFall protests last year have been blocked from registering for the 2017 academic year, unless they write a letter of motivation and agree to â€œavoid similar incidents as in 2016â€, which a constitutional law expert says is unconstitutional.

The letter that was releasedÂ on Wednesday, 18 January, is allegedly being sent to students who were suspended or arrested for contravening court interdicts, forbidding protesters from disrupting classes and engaging in sit-ins.

Fallist have to send a motivational letter stating why they should register and how they are going to avoid protest action in the future.

A constitutional law expert, who declined to be named, confirmed to The Daily Vox that the line in the letter that reads: â€œWhat undertakings you are willing to give to avoid similar incidents as in 2016,â€ could be interpreted to mean that the university is requiring them to undertake not to protest in a legally protected manner in order to be re-enrolled. â€œThat would be unconstitutional, as it infringes the right to protest or free speech,â€ the expert said.

University spokesperson, Candice Jooste, confirmed that the letters were sent out in order to protect the best interests of the university. â€œThe university has sent letters to students who, among others, have criminal cases pending against them as a result of last yearâ€™s violent protest action,â€ says Jooste.

â€œWe have asked students to give reasons as to why their application for re-registration should be considered favourably and what undertakings they are willing to give to avoid similar incidents in 2017. Students are not obliged to make any incriminating statements. This is not unconstitutional,â€ she told The Daily Vox.

The university obtained an interdict dated 18 February 2016 that is still in effect, forbidding â€œparticipants from participating in unlawful protest action outside of the campus of the University of Pretoria within 150m from the entrancesâ€, as well as from interrupting or university processes and occupying buildings on the university property.

But as the constitutional expert confirmed to The Daily Vox, the fact that the students are interdicted against protesting does not mean that they cannot study, nor does it mean that they should be forced to write a letter saying that they wonâ€™t protest before being allowed to enroll.

A broadcast message sent out by students who received the letter says that what the university is doing is unconstitutional. “The University of Pretoria is not allowing students who were involved in #FeesMustFall protests to register unless they bind themselves to a contract not to participate in protest action. Illegal. Unconstitutional.”

A graduate from the university said to The Daily Vox that he, and other former students expect protests to continue this year, adding: â€œTuks is proving itself to be increasingly anti-poor.â€

Amla Monageng, one of the students who received the letter, says that he and others who received it are in the process of seeking legal advice. â€œIt is very clear that the University of Pretoria works relentlessly to make sure that they silence studentsâ€™ voices. We firmly believe that [Tuks] is trying to set an example by punishing [us], but we remain committed to the struggle for free quality education.â€

The university media office’s Rikus Deport has informed The Daily Vox that Tuks respects the students’ right to protest, and condemns violent protests, which are different.

Justice Department Says “No” On Pardons For Fees Must Fall Activists 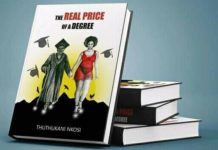 The Real Price Of A Degree: The Untold Story Of Financially Excluded Students