Home Debate Can We All Agree That 2017 Was The Year J.K. Rowling Was...
WhatsApp
Facebook
Twitter
Email
Print 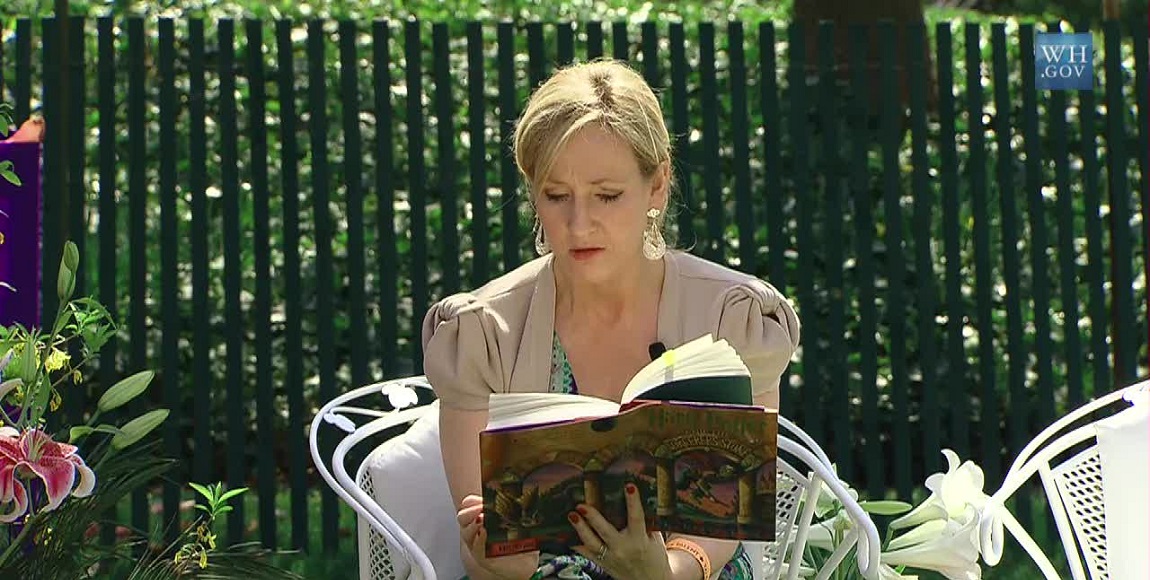 Harry Potter has been one of my favourite books for as long as I can remember. It introduced me to the world of magic and wonder, where good triumphed over bad, where a girl uses book-smarts to save the world. More than that, it transformed an entire generation. That the seven-book series has changed lives is indisputable.

More than that, the series author J.K. Rowling served as an inspiration to many as well. Her rags-to-riches story and the struggles she faced while writing the books made her work even more meaningful. And as Donald Trump rose, Rowling seemed to grow in importance. Using Twitter as her platform, she often went after Trump for his terrible tweets and even worse policies.

But then came 2017, when the #MeToo movement gained traction and powerful men were finally being held to account for sexual abuse. One person who spoke out about the abuse she experienced at the hands of a man was Amber Heard. In May, Heard filed for divorce from Johnny Depp, who she claims physically abused her during their relationship. Later evidence emerged that people surrounding the couple, including Depp’s management team knew all about Depp’s abusive behaviour.

Depp has been cast in the Fantastic Beasts movie series as the wizard Gellert Grindelwald. Fantastic Beasts is a spinoff of the Harry Potter franchise, and Rowling is a writer of the screenplay.

Rowling’s silence on the casting of a known abuser was deafening. A number of people tweeted at Rowling and the movie’s production company, Warner Brothers to ask why Depp was not being removed from the movie when many other accused men in Hollywood were being stripped of the jobs and roles they were acting in. Instead of responding to the tweets, Rowling blocked many of her critics. For all Rowling’s dedication to social justice and fighting the good fight, she was quiet when it counted.

But finally, when she spoke up about why she and Warner Brothers, had decided to not fire Depp, her response was worse than her silence.

Rowling chose to focus on certain aspects of a joint statement that Depp and Heard had released instead of looking at all the facts of the story. She said she would respect the privacy of the two parties and that she and the company would not only be sticking with Depp in the role but were also genuinely happy that he was going to be in the movie.

jk rowling legacy is literally about a boy who has been emotionally and physically abused and the danger in looking the other way bc the truth is inconvenient. jk rowling saying she doesn’t believe amber heard and is happy to keep a wife beater employed is disgusting. fuck her

Seriously? She ended off her statement saying that she believes we must all do what we think is right. It was literally confirmed by both Depp and Heard that he was an abusive man. She’s basically taking the abuser’s side in all this. Doesn’t sound right to me at all.

For the record, this was our FULL joint statement.To pick&choose certain lines & quote them out of context, is not right.Women, stay strong. pic.twitter.com/W7Tt6A3ROj

In response to Heard’s tweet, Rowling has been silent. Where’s her activism now?

We should also talk about the cultural appropriation Rowling employs in her four-part History of Magic in North America. Rowling included a section on Native American magic where she basically took an entire complex and rich history of the many different tribe nations across the continent and came up with vague stereotypes about Native magic. Yes, we know magic is made up but have some respect for actual traditions and beliefs, please.

Many Native American readers, writers, and scholars were not happy with her work, with one writer even saying: “This is colonialism. Simply put, it’s cultural theft and these are not her stories to tell.”

Many have criticised Rowling for the overwhelming whiteness of the Harry Potter books, and yet, Rowling’s attempt to diversify the Harry Potter world was well and truly a fail. If you want to write about a culture that is unknown to you, why not do your research properly?

And then most recently, Rowling tweeted this after Roy Moore was defeated in the Alabama senate race. She said Roy Moore was right about God being in control, and that God was a black woman.

Narrator’s voice: Roy was right. God was in control. What he didn’t realise was, She’s black. https://t.co/pCpVifXgbq

People dragged her – rightfully so. They said she should be the last person to talk about a black woman God especially because she is a proud liberal, has so few black characters in her books, and once more the Depp thing came up as well. Additionally, instead of tweeting things to appeal to “woke” liberals, why didn’t Rowling ask her fellow white women in the USA why they messed up?

Jk Rowling is the LITERAL WORST person to say this “magical negro woman” shit so far. Bitch you called yourself a proud neoliberal. You fuckin said Harry Potter supports Israel. Like tf?

It’s all well and good to be a social justice warrior on Twitter but if you can’t back it up IRL, you should just sit down. And it’s disingenuous to say that Rowling’s books and what they stand for should be separated from who she is and her politics. Rowling’s books are about standing up for justice and all that’s good in this world, but if she doesn’t do that and actually encourages victim-blaming and cultural appropriation, then how can it mean anything? I love the Harry Potter books and probably always will but unfortunately, J.K. Rowling has lost my respect.