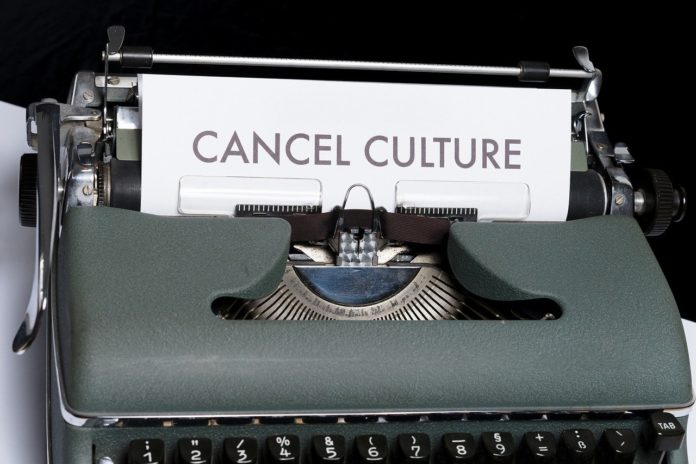 In the past ten years, many of our interactions have moved online. We have immediate and constant access to public figures. We can engage directly with our favourite authors, actors and other celebrated folks. Our faves can also disappoint us with problematic opinions and statements.  Simply put “Cancel culture” is the mass withdrawal of support for someone who has said and done something offensive. It’s seen as the mass shaming of the individual online.

There is a familiarity in the online environment that makes us subconsciously believe we are connected to people on a deeper level. This is not inaccurate. We can form lasting bonds and friendships on social media platforms. We can tell jokes, post resources and engage in banter and have serious debates. In any relationship, there is disappointment. We can cancel people for their problematic statements.

But where do we draw the line? Have we lost the capability to give room for mistakes and forgiveness?

We have had some horrid moments in the past few years with Cancel Culture online. This is not unlike real life. We have people in our lives we will still care about who are intensely problematic.  Our responses to our online folk should mirror our offline reactions. We should question the offensive behaviour, call it out and wait for an apology. Apologies are not tricky.

It is quite simple to take accountability, express regret for your statements or actions and promise to do better. But the problem is pride. Admitting mistakes is a blow to one’s ego. It is also not habitual to take accountability. When in actuality, it should be a basic tenet in modern society. People also only tend to apologise if they receive enough backlash to warrant an apology. The other issue is being offensive repeatedly, which means you don’t want to change your behaviour. This is one such example. The behaviour is constant and set in stone.

But here we are. I don’t blame anyone for withholding forgiveness when the offender make amends skewered with caveats to make them look good. This is when the apology is non-responsive. It sounds like one but it places blame somewhere else. While forgiving someone is optional always, we should be open to folks wanting to do better. We want to explain bad behaviour to understand it. It is the human condition to rationalise. We always want to figure out someone’s beliefs and statements that are offensive.

We are also not above showing someone compassion who actively wants to unlearn problematic behaviour. However the labour and re-learning must come from the offender. We are coming into an age if we are not already of hyper-awareness. Offensive behaviour and systems upholding it are called out in the open. We are questioning systems that oppress and cause pain.

We are no longer letting things slide, and blaming how the person grew up and what they were taught. Life is a constant cycle of learning, unlearning and relearning. There are no old dogs and new tricks.

Can We All Agree That 2017 Was The Year J.K. Rowling Was Cancelled?

The line to be drawn when it comes to cancelling culture is easy, but access to it must be screened. We are not human without mistakes, and our humanity is informed by compassion. If someone is willing to learn something new as opposed to holding on to problematic and phobic convictions, we should give that person space to unlearn.  We should not also be labouring when it comes to repeat offenders.

There are always exceptions to the rule, but no one should be exempt from cancelling culture when they constantly offend. We know that social media clout is backed up by holding court on your opinions , but it should never be above constructive critique. It is not  an attack or “haterade” to be questioned on something you say, especially in public forums. It is engaging in conscious debate where we may all end up learning something. I don’t think we have lost the capacity to forgive. I think problematic acts and statements have always existed; we just have more mediums to question and expose it.

We have not lost the ability to forgive, but it is a problem when the acts and statements proliferate as they do. Sometimes we can’t keep up with all the horrid and problematic things said. The true test is if the individual takes accountability, responsibility and is working toward behavioural change.

This is my barometer and I think as people we should always be open to rehabilitation and being better.

The Harry Potter Books Are Timeless, JK Rowling Not So Much