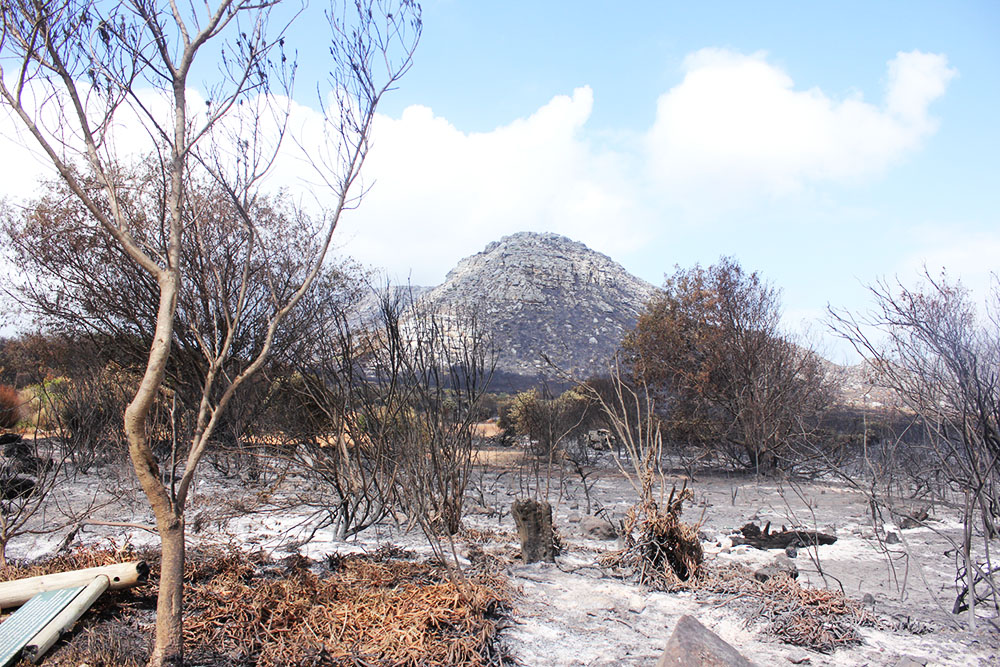 An enormous volunteer relief effort has helped to lift Capetoniansâ€™ spirits in the wake of the devastating blaze that engulfed the South peninsula. RAâ€™EESA PATHER reports. Cape Town has lost more than 5,000 hectares of land. The Silvermine forests have been blackened, like many parts of the south peninsula mountains. The blaze has affected 13 homes, with three being completely destroyed.

â€œThe fires have been devastating, but out of the chaos came this community support and care for one another,â€ said Kim Wild, who helped run the relief effort at the Dutch Reformed Hall in Noordhoek.

Wednesday was one of the busiest days at the community hall, as parts of Noordhoek were evacuated, and areas nearby affected by fires. Volunteers are required to sign in before they leave to fight any flames. They must provide their name, where they are going, and the time they leave. Once they return, they must sign in so that relief members know they are safe. Spades are used to shovel sand onto fires and to build firebreaks â€“ tracts of land cleared of vegetation to prevent the fire from spreading. Volunteers armed with shovels arrive after firefighters have fought off the worst of the flames. By Wednesday, two hardware stores had already been emptied of chainsaws and spades, which were either rented or bought for donation. â€œI used to live in this area and deal drugs. I got a lot of people into drugs, and this is my way of giving back to the community,â€ said Rehbock, who now lives in Goodwood.

â€œFighting the fires is tiring, but the important thing is that no lives have been lost. Properties are replaceable, but lives are not.â€ About 250 people volunteered to help douse flames and build firebreaks in nearby areas. â€œMy husbandâ€™s fighting the fire,â€ said Justine Janse van Rensburg, as she made vegetable soup in the hall kitchen.

An abundance of food was donated to aid the relief effort. The food went to official firefighters battling the blaze on the mountain, as well as volunteers who returned to the hall hungry after building firebreaks or putting out fires nearby. Volunteers sometimes stayed up all night with firefighters on the mountain, bringing them food or keeping an eye on houses nearby. The food consisted mostly of cooldrinks, sandwiches, and junk food. By Wednesday, so much food had been given that the City of Cape Town had to request that people cease donating. A volunteer treats a metro officer with saline solution for his eyes. Medical supplies were donated to the group. Saline solution in particular has been useful to people who have battled with the smoke in their eyes. A man returns from fighting fires. After four days of soot, exhaustion, smoke and ash, the blaze is finally under control.

– All photos by Ra’eesa Pather.