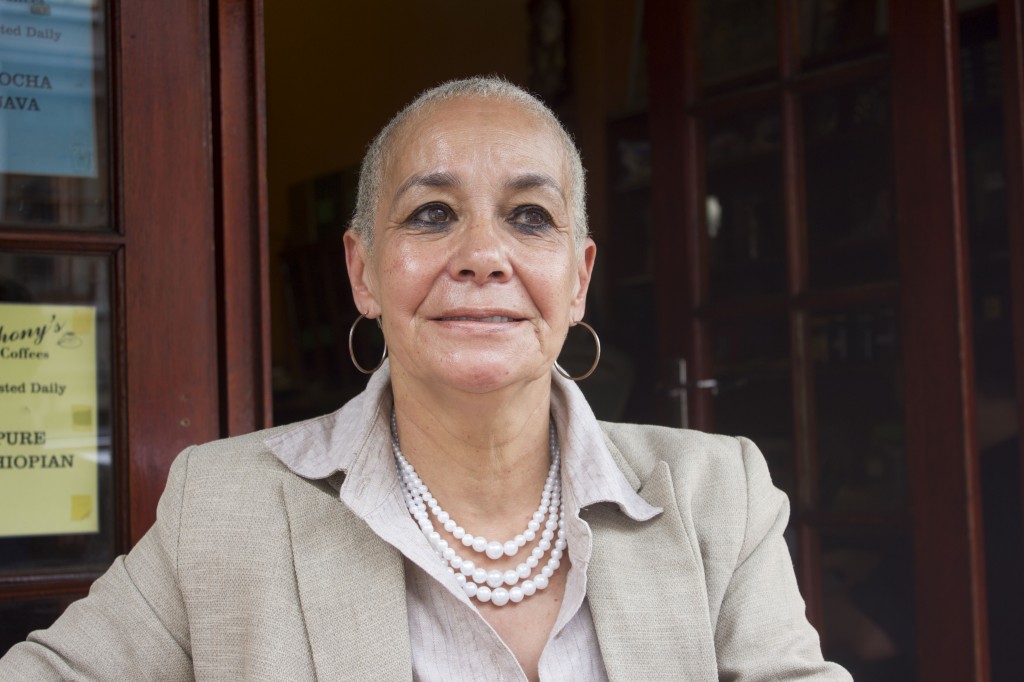 The marriage between Agang SA leader Mamphela Ramphele and Helen Zilleâ€™s DA has provided quite a twist in the tale of the 2014 general elections in South Africa. Ramphele was unveiled as the DAâ€™s new presidential candidate, causing ripples in South African politics. With internal revolt brewing in the corners of Agang SA and Gwede Mantashe claiming the DAâ€™s move was a racially motivated â€œrent-a-blackâ€, the political tango has quick-stepped to the beat of a new opposition.

Politicians are energetic campaigners, but the people on the ground are the voters. South Africans walk the streets with newspaper headlines plastered across kioks, and cellphones buzzing to the feed of a new hashtag.

Cape Town has been the bedrock of DA support, but what happens when you walk up to a Capetonian and ask them about DAgang? RAâ€™EESA PATHER FINDS OUT.

â€œFor me, I know nothing about that. Mamphela Rampheleâ€¦ All that stuff. Why must I vote? I put my ‘x’ there and all those politicians’ promisesâ€¦ after I put them there and they sit in that chair, they forget about us. So what should I waste my time with voting? Like now, they want that chair. After they push them into that chairâ€¦ forget about it. â€œ

â€œTo me itâ€™s a good logical move for Ramphele and for the DA, because I must confess to you I think they should give ANC competition. According to what Iâ€™ve heard about her and her profile, sheâ€™s very capable. For her itâ€™s a good move because she see that sheâ€™s a single party and at the end of the day she wonâ€™t get anything so move in there. The current ANC, they are doing nothing, they are tired. So itâ€™s better. We need a change.â€

â€œIâ€™m very disappointed in her. I thought that sheâ€™s a stronger woman than that. For me, itâ€™s almost as if itâ€™s a sell-out. I had the greatest respect for that lady, I thought this is a woman of substance, but sheâ€™s disappointed me big time. I am by no means any politician, but historically I come from the struggle, and I take a dim view of that, because for me itâ€™s almost as if you are aligning yourself withâ€¦ I want to say enemy, but not necessarily, thatâ€™s too strong a word. Do you forego your principles and all those things that you were standing for all the time? Itâ€™s my humble opinion, but I donâ€™t see the logic, I really donâ€™t. Itâ€™s one of the most disappointing things I have experienced.â€

â€œThey all want to run to different parties every time. If they think they going to make a difference then itâ€™s good. Iâ€™ve voted for the DA, and if she can keep it up then I will vote for the DA again.â€

“Politics is so up and down, who do you trust anymore? They promise a lot, so they jumping from the one to the other and itâ€™s just the same old story. In my area where I live, the DA have proven that what theyâ€™ve promised they could give. I stay close to Overcome Heights and Capricorn, so people got what they were promised and at least thereâ€™s something happening. For myself I would vote DA, and if I donâ€™t then thereâ€™s nobody else. If it is that Ramphele becomes president then we must just go for it. If she makes promises she must keep it. Madiba is not there anymore so we donâ€™t know how many promises is going to be fulfilled.”

â€œWhen I heard the first time I thought that it was a bit of a piggy-back, but Ramphele is a strong woman and someone with integrity that will probably be a good thing for the DA because they have similar visions I think. I donâ€™t think it could be called a betrayal because people wouldnâ€™t normally take new parties seriously. It is politics and if you have to make alliances with a stronger party then why not? Instead of focusing on real politics there is always the attitude that we are better than you, but the delivery is not there. Bread already costs about R10. For me, as a regular South African citizen, it saddens me, because a child shouldnâ€™t be the one who goes hungry. Politicians get increases. They spend money on luxury vehicles, luxury homes, bladdy swimming pools, whereas those people that unfortunately vote for them, they just fall by the wayside after they give their supposed leaders what they need. The collaboration between Patricia and Helen hasnâ€™t worked, I think, but with another strong female on board, who knows?â€

Ra’eesa Pather is a reporter for South Africa Votes 2014 based in Cape Town. Follow her on Twitter.