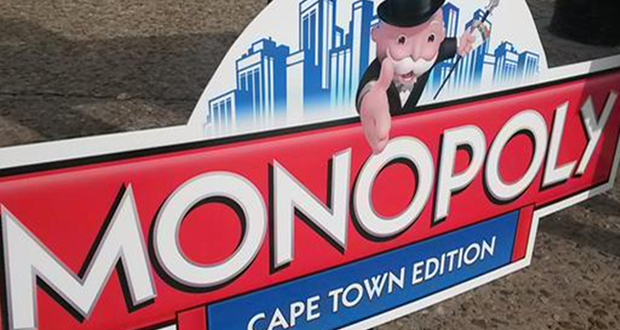 The dice has rolled in the Mother Cityâ€™s favour and, with its own regional version of Monopoly set to launch in December, Cape Town has, once again, stolen the spotlight from the rest of South Africa. FIRDAUS KHAN wonders what attractions we can expect to feature in the local edition of the famous board game.Â

While the obvious tourist attractions such as Table Mountain and The V&A Waterfront are bound to reel in big Monopoly bucks, we canâ€™t help but wonder, how will the notoriety of of the Cape Flats or the cultural richness of Gugulethu feed into the game?

Well, itâ€™s up to Capetonians to decide: they can emailÂ Winning Moves, the makers of the game, with suggestions for locations. According to Winning Movesâ€™ Dan Taylor, people can also vote for worthy organisations to be included on the Community Chest cards.

With the promise that local catch phrases will also be included, and that the tokens could be changed, it will be interesting to see Â just how localised the world-famous board game ends up. Will Rich Uncle Pennybagsâ€™ famous top hat be replaced with a snug beanie? Or will the shiny silver shoe piece become a well-worn All Star?

If you were designing the Cape Town Monopoly, which locations would you include? Let us know in the comments or via Twitter!

Firdaus Khan is a media studies masters student at Wits University. She has a keen obsession with all things Disney, but is also passionate about hard-hitting news.