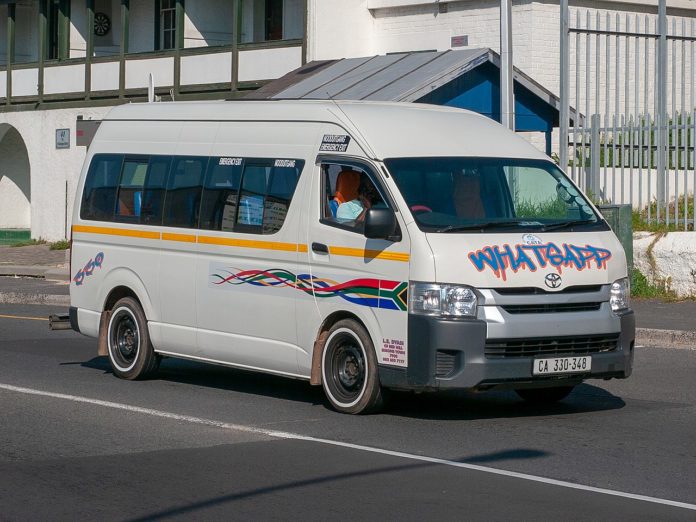 After two weeks of taxi violence in Cape Town, the situation has reportedly de-escalated. Daylin Mitchell, the provincial minister of transport, suspended the disputed route for two months from June 26. The violence has been caused by a fight between taxi associations operating on the Paarl to Cape Town route. Mediation between two “warring” taxi associations is currently underway.

Mitchell said he took this extraordinary step of suspending the route for two month, to quell the violence between rival taxi associations. The dispute is between the Cape Amalgamated Taxi Association (CATA) and the Congress of Democratic Taxi Association (Codeta). So far 24 people have been killed and another 29 injured. There have been significant disruptions to public transport in the Metro South-East region, Mitchell said.

Western Cape Minister of Community Safety, Albert Fritz, has urged the police to conduct thorough investigations into all taxi-related incidents of violence which have been reported in the province this year. In a statement released on June 28, Western Cape premier Alan Winde said there are currently no disruptions on the affected closed route. Winde confirmed the arbitration process between Cata and Codeta is currently ongoing.

Codeta spokesperson, Andile Khanyi also said the negotiations are continuing. Cata secretary-general Mandla Hermanus could not be reached for comment.

Is this the first time taxi violence has flared?

In August 2020, the same route was rocked by violence, resulting in the temporary closure of the Bellville terminus. The South African Police Service (SAPS) stated that the shootings were the result of taxi operators from various associations feuding over routes. The transport minister at the time, Bonginkosi Madikizela said route invasion is at the heart of taxi violence.

The disputes arose in 2020 when an operating license was given to one operator years ago. Some of the affiliates of that association left and joined another. They left with their permits, and that is not allowed, Madikizela said.

How has the violence affected commuters?

Hinrique Tobias, a commuter who relies on the suspended route and taxis to get to work, said he is deeply frustrated at the disruption.

“This rivalry between the taxi associations is messing with my job. I do maintenance work and had to borrow a bakkie to get myself back and forth. What about all the other people who can’t borrow vehicles? This is madness and the violence needs to stop,” Tobias said.

The suspension of the Paarl to Bellville route has affected other routes in Cape Town.

Shamlin Hendricks, a logistics and courier worker from Manenberg said the violence and suspension of the route affects everyone on the Cape Flats. He says taxi wars are stressful, and there is never a real solution.

“It even affected the buses. There are less buses on the road. I have to be up before 5 in the mornings and try to figure out a way to get to work all the way in Montague Gardens. I hope it gets better and is worked out soon. I have to ask people for lifts, and I am even hiking or walking as far as I can,” Hendricks said.

Chantel Daniels is from Bontehewuel and travels to Bishop Lavis. Daniels said all of this has caught her off guard. She said when the violence started two weeks ago it has been a struggle to get work. The suspension has worsened the situation.

“I struggle to get taxis in the morning. I had to take a bus to work now. The buses are not running regularly, and more people who usually take taxis, are relying on Golden Arrow. I am scared after the bus driver got shot. Violence can flare up at any time,” she said.