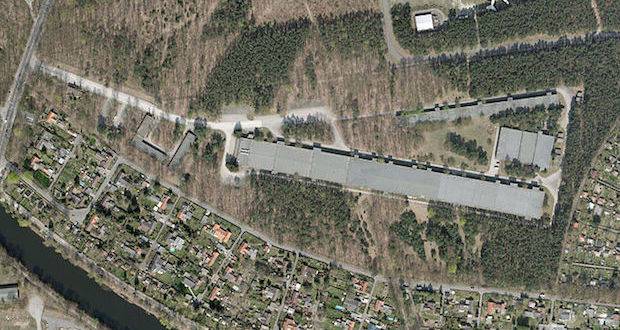 Aerial cameras are being used to photograph houses in the Western Cape for governmentâ€™s property valuations and planning teams, and The City of Cape Town has now found itself in a pickle over privacy concerns. The City has promised that the data is confidential and says the cameras capture images only of housesâ€™ exteriors. But is Big Brother flying above Cape Town? RAâ€™EESA PATHER asked Capetonians if the were comfortable having their homes photographed. Shamiela Amos, 32, hotel room supervisor, Mitchellâ€™s Plain
Itâ€™s very beneficial because if youâ€™re looking for an address you can go onto the internet and you will know what the house looks like. Once, I went onto the internet and I saw they had taken a photo of my house and my baby was in the backyard, so my babyâ€™s photo was taken. I didnâ€™t mind, but you never notice that they take those pictures. I donâ€™t feel itâ€™s a violation of privacy. They should ask for permission because itâ€™s your property and you have a say. But then, even if they ask for permission, and you say no, theyâ€™re going to take that photo anyway. Dean Ennion, 31, freelance in film industry, Table View
If youâ€™re a buyer or an investor, then itâ€™s great to know that the property is correctly evaluated. If itâ€™s going to encroach on peopleâ€™s privacy then maybe itâ€™s different. But I think everybody at the end of the day needs to know how much their property is worth. Itâ€™s a good thing if itâ€™s for property valuations and security, as long as theyâ€™re not looking through windows. They should as permission, but look at Google Earth â€“ theyâ€™ve done it already. Itâ€™s already out there. Asking for permission is hard. With everything thatâ€™s going on, if theyâ€™re going to spend their resources on that â€¦ [with] the amount of people they would have to ask, will it be accurate? Andiswa Solani, 27, switchboard operator, Khayelitsha
For Khayelitsha, itâ€™s good, because thereâ€™s a lot of violations, crime, and robberies. We donâ€™t have privacy anyway, so for them to take pictures of our areas, itâ€™s good, because there might be a house break-in and then the police might not find anything, but if they go to the internet they would find the culprits. When we go to work, we’re scared that the skollies might break in to our homes. We’re always afraid and wondering whatâ€™s happening while we are away. Itâ€™s best for people not to know that those cameras are there, otherwise they will just break the cameras and get away with the crime. Anyway, thereâ€™s cameras around Cape Town, but crime happens. Itâ€™s good the cameras are around for property valuations â€“ people get ripped off with the prices, so government can tell us the proper value. Taysier Ismail, 38, stall owner, CBD
Itâ€™s an invasion of privacy. Government shouldnâ€™t be involving themselves with watching people, they should be focusing on crime. Itâ€™s a stupid reason to have these cameras to value property; itâ€™s not a valid reason. Itâ€™s another waste of money that can be spent to help poor people. Everywhere we have cameras, but cameras arenâ€™t solving any problems. If they use cameras to monitor crime, they should have people there instead. The police can take two hours to come to a crime scene, so whatâ€™s the use if they have cameras? It wonâ€™t make them respond faster. They should ask for permission to photograph your property, and if you say no they should listen, but they wonâ€™t. Desmond Maclean, 59, butcher, Manenberg
They are getting into your privacy, itâ€™s a violation to have these cameras. Why do they want to evaluate the properties like that? And how can they look at the value of our houses without us knowing? Itâ€™s not a good reason for them to have cameras. People must know what is happening around them. Surely, theyâ€™re going to ask me for permission if they want to take these pictures?

– Voxes have been edited for clarity and brevity.
– Featured image via Wikimedia Commons, all other pictures by Ra’eesa Pather