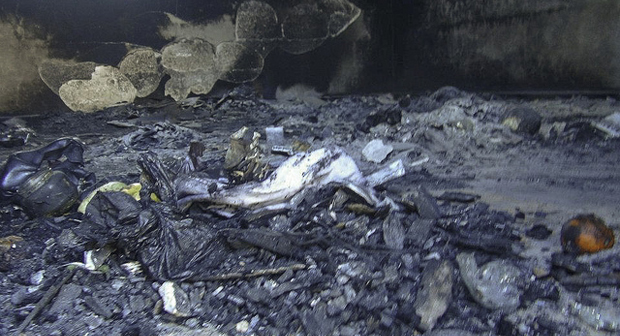 This weekend a report in Independent Media told of a Syrian family’s desperate attempts to secure asylum status in South Africa. The family of five fled Damascus in March 2015 and haveÂ lived in Cape Town since. Not only were the family denied asylum, but they were reportedly told by the Department of Home Affairs (DHA) there was no war in Syria and that the country was stable. But despite their battles, the family says they’ve been humbled by the generosity of the people of Cape Town who have helped with food,Â accommodationÂ and emotional support. One man, a certain ABDULLAH JANUARY, has been crucialÂ to their plight.Â The Daily Vox spoke to him. I have been a trustee at theÂ Moegammadiyah Mosque in Tennyson Street, Salt River for over 16 years.

I first started working with refugees around the time of the xenophobia attacks in 2008. Some 450 foreigners from 35 countries ended up at our mosque. We were approached to help and we did so. With the help of some organisations, including the Department of Health, we looked after the foreigners, Muslim or non-Muslim, for something like six months.

It was from that time that people associated the mosque and me with assisting refugees or foreigners in need.

I got to know about the Syrian family – Omar Banian and his wife Reem and their three children – who had come to South Africa some time last year, soon after that they had come to Cape Town.

The family had arrived in March 2015 and a taxi driver had taken them to a town more than two hours away from the city called Swellendam. He basically told them that accommodation would be tough and expensive in the Cape Town, and took them to the outskirts where they were left stranded. The family doesn’t speak much English – they encountered an Egyptian in Swellendam who also spoke Arabic. He decided to help them. He spoke to his friends and Cape Town who then got hold of me. They were brought to the mosque. We took them for a check-up. They were in decent health, though the father is now on antidepressants and I think he has had some sort of post-traumatic stress from the war. Â The journey here was a tough one. They said they were living on the outskirts of Damascus and they had to leave. The only legal way to get out is with a visa to another country and the only embassies operating were few – like Iran, Russia, China and South Africa.

They were advised to go to South Africa, where they could meet other Muslims and be safe. So they went to Lebanon and then to Turkey and then they got to Cape Town. They sold everything to get here, and they came with just the clothes on their back. So they basically came on a tourist visa to seek asylum.

Once we met them, theyÂ had to move to different places as we tried to find them a home. Finally, I spoke to a lady named Zarina, who then spoke to a German lady who had a home in Bo-Kaap.

After hearing the story of the family, the German lady, in act of kindness, decided to give them a place to stay. She said they could have the place without rent for a year. A gesture of goodwill.

The community’s response has been great, helpful. Â Not organisations but instead individuals have come forward to help. I don’t take any money from people. Instead I tell them what the family needs. Like, someone is paying for their electricity and others are helping with the food and appliances. The mother now has a job and the father as well. But settling down is difficult.

When they arrived, they applied for asylum. It was denied. Because the government has centralised refugee centres, they have had to travel to Pretoria to have their temporary permits stamped and approved every 30 days. So a family of five, traveling to Pretoria each month is not easy. We have to organise a car that accommodates the family of five and a driver who can also speak Arabic. The driver, the hotels, the food, the travel – it can cost up to R10,000 per trip. Everything has to be arranged. Then the office in Pretoria only deals with applicants from the middle east on Fridays, because this is the only day they have translators. So they leave on Wednesday – the whole family – and then come back on the weekend. One Friday, the system was down and they were told to come back the following Friday. It’s hard to make a living under these kind of conditions.

In August, they were given a six-month permit and they appealed against the ruling of the DHAÂ that denied them asylum. Until the hearing takes place they have to continuously go up to Pretoria, which is painful. It doesn’t give them a chance.

I must say that the home affairs staff have not been rude or difficult. They see the family – the small children and they understand it’s not easy. This decision (to deny the asylum) came from one man and hopefully it will change. They should be processed as asylum seekers; they came in through the legal route and their country is in the middle of a civil war. The questions they were asked by the official during the process of applying for asylum was bad: the colours of Syrian flag and so on. They were despondent when the result came.

Why I get involved in all of this? I suppose it’s in my nature. These are people in need. I am Muslim. How can I refuse? Where else are these people supposed to go?