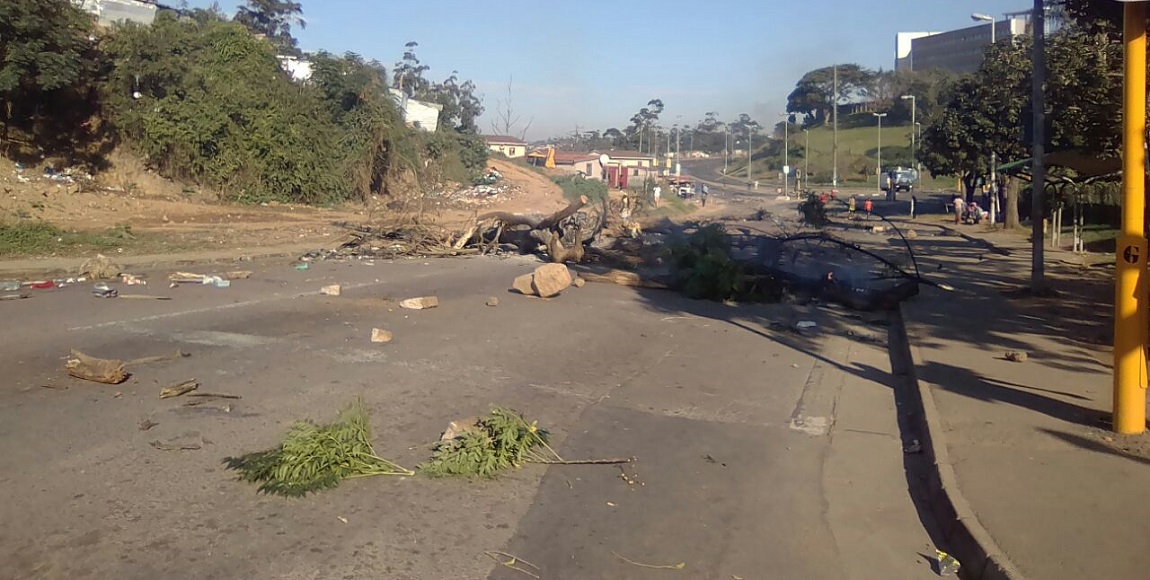 The never ending battle between the eThekwini Municipality and shack dwellers in various informal settlements continues. The latest one comes after the Anti-Land Invasion Unit personnel allegedly shot community member Ndumiso Mnguni on Tuesday 22 May.

Mnguni’s alleged attack comes after hundreds of informal settlement residents from the Cato Crest area in Cato Manor took to the streets on the morning of Monday 21 May, demanding service delivery that was promised to them by the city officials.

According to Abahlali baseMjondolo, a shack dwellers movement advocating for rights of informal settlement residents, the battle of service delivery in Cato Manor dates back as far as 2008. In a statement, Abahlali’s Thapelo Mohapi said that the Cato Crest community has been left out by the ward councillor in provision of basic services.

“For a long time the community has been side-lined by the ward councillor when it comes to providing basic services, including those which are urgently required for basic human dignity and safety. The community has been living in the area without electricity, proper water, and toilets. People are raising children in these dangerous conditions,” he said.

TimesLive reported that Abahlali leader S’fiso Ngcobo was shot and killed outside his home in Mariannhill, Pinetown, also on Tuesday.

The fight for basic services and infrastructure in different informal settlements in eThekwini has been a long battle that has seen endless protests and loss of lives. In September 2013, 17-year-old school girl Nqobile Nzuza was shot by a police in a service delivery protest.

In May 2017, a two-week-old infant Jayden Khoza died from inhaling tear gas after the police allegedly attacked the Foreman Road community in Clare Estate.

Abahlali baseMjondolo say that the residents of Cato Crest informal settlement embarked on a protest at 03:00 on Monday, blockading Vusi Mzimela Road and the Jan Smuts Highway. According to Abahlali representative, the mayor’s failure to deliver on her promises was what sparked the protest.

“Earlier this year, the current Mayor Zandile Gumede promised to speed up the process of providing electricity and sanitation in the settlement. These were empty promises. Politicians continue to lie to people to get their votes and then send in the police to attack people when they demand what was promised to them in the first place by politicians,” Mohapi said.