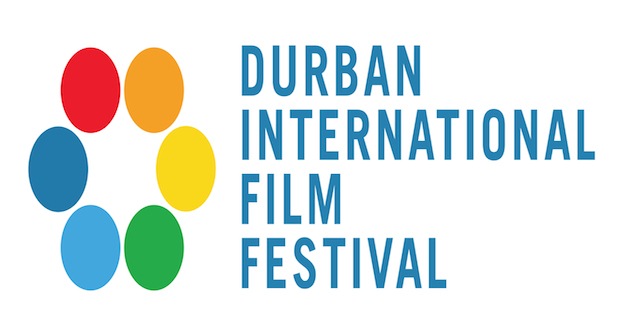 It looks like this yearâ€™s Durban International Film Festival (DIFF) may be in trouble. Both the festivalâ€™s manager and a senior programmer have resigned. This happened after a dispute with university management over the screening of a film, Shepherds and Butchers. While the university says they intervened in a response to an attempt to censor the film, an email sent from one of the programmers to university management and leaked to THE DAILY VOX, tells a different story. So was it censorship – an accusation Sarah Dawson, former manager of DIFF firmly denies – or was it a case of the university unfairly asserting itself?

“Shepherds and Butchers” is a hard-hitting film about a 19-year-old white prison guard who kills seven black men in a hail of bullets and goes to court for the crime. Based on true events, the story places the death penalty on trial. Reports received suggested that the dispute arose following the university overruling the decision not to screen the film on the opening day of the festival.

Asked about the universityâ€™s interruption of curated content, Seshoka said that managers could be overruled by university management. â€œShe was a manager and that is not equal to being on the selection panel. The reasons she had provided for the non-screening of the film were not sufficient and theyâ€™re of censorship. You canâ€™t say you donâ€™t want to screen a particular movie because it reflects the past South Africa. Thereâ€™s no space for censorship,â€ he said.

Over the past 36 years, the university has never intervened in the festivalâ€™s selection process. During the 80s, under former film festival director, Ros Sarkinâ€™s curatorship, a film banned by the apartheid government went on to be screened at the festival, and the university did not intervene.

Almost four decades later, why is there a change of attitude? Many fingers point at the deputy vice chancellor and head of college, Professor Cheryl Potgieter.

An email sent on 28 April 2016 to the university management before the resignation of the manager and programmer, part of which has been reproduced below, explains why the film wasn’t selected and urges the powers that be to reconsider:

….I have just heard that SHEPHERDS AND BUTCHERS has been selected as the opening film for DIFF 2016, against the decision of the programme selection panel.

I first saw the film at its world premiere in Berlin in February. Together with more than 600 audience, in a totally packed cinema, I gasped and cried, totally immersed to the story, with shock and horror.

The film is about a young prison warden who conducts executions and this has had a psychological impact leading him to commit a horrendous crime. He too ends up on death row. The film questions the death sentence, and it is an important film to have in DIFF, definitely! It is an important film to watch in DIFF, absolutely. But to have it as an opening film is in, my opinion, not appropriate. And I hope whoever made the decision to open the festival with the film, has seen the film first.

To date, none of the university management who took the decision on selecting the film for the opening night, has actually seen the film.

The email goes on explaining the details of the film (spoiler alert):

….SHEPHERDS AND BUTCHERS contains disturbing graphic scenes of prisoners being hung (in a group of six) with close-up full facial impressions – eyes rolled up, bleeding; and as the spinal cord fractures during the drop, the body loses all control and we see rapid shivering, foaming at the mouth and gagging, plus urinating and excrement discharging. It is a difficult film to watch.

Most festivals, internationally, open with a lighter film. This year’s Berlin Film Festival for instance, opened with Coen brother’s “Hail Caeser”, a political satire comedy; the upcoming Cannes Film Festival in May is going to open with Woody Allen’s “CafÃ© Society”, a romantic comedy. Last year we successfully opened the festival with “Ayanda”, an accessible romantic drama…

…With UKZN undermining the programming independence at DIFF and bowing to pressure from a movie studio, this has very serious implications for the festival. There is a serious danger that this will backfire on the festival and on UKZN and lead to something like the Busan International Film Festival saga.

The South Korean Busan Film Festival is widely regarded as the best and most important and respected film festival in Asia. It has recently shown a documentary film on a ferry disaster that showed government official’s incompetence in dealing with the disasters. Despite the request/order by the City of Busan (the festivalâ€™s main funder) not to show the film, the screening went ahead anyway.

… many problems in DIFF today can be resolved by communication. I hope you and deputy vice chancellor Prof. Potgieter can re-consider accepting Sarah’s resignation and we need have a meeting to discuss the issues at hand. I will be returning to SA this weekend and hopefully we can meet next week to resolve the issues.

The resigned staff is reluctant to discuss the matter any further, although the former manager, Sarah Dawson, published a statement explaining her position. The Daily Vox can confirm that DIFF has been urging the university management to engage with the staff, but they are reportedly not budging.