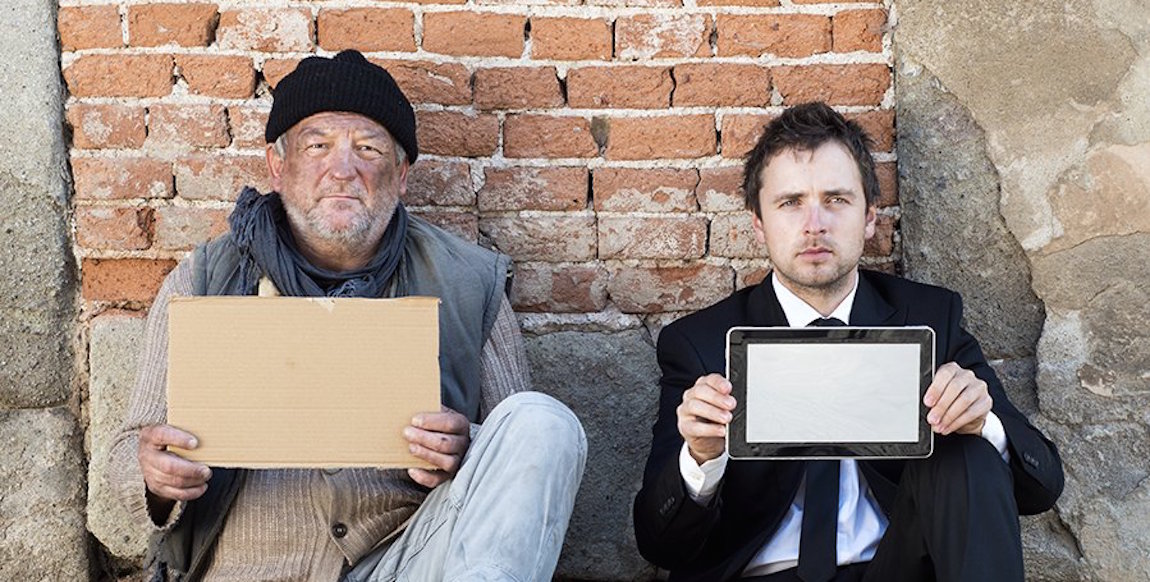 These ethically compromised CEOs – aided by PR devoid of content – would rather engage in spectacular stunts, instead of doing the things that need to be done: creating work, providing scholarships and training, funding existing causes, investing in art, culture and technology, or supporting small businesses and innovation.

What moral universe do these CEOs inhabit?

Apparently the CEO Sleepout raised R31-million last year. Even if the R31-million was simply put into a pot – not accounting for any productivity, multiplier effect, demand stimulus or supply spread – and a job was created at 300 000 per annum – that would yield roughly 103 jobs. That would be 103 more people provided with an opportunity to work, the dignity of having something meaningful to do and the opportunity to circulate money in the economy. Over a decade, that would amount to 1 000 more people lifted out of the indignity of mere existence.

Where are the CEOsâ€™ ethics when it comes to job creation, investment in research and development, product development and service expansion?

These charlatan CEOs are actually hopeless failures. They collectively failed to grow the economy. They have failed to build trust, collaborate, and engage meaningfully with the government. Their individual firms have hoarded stockpiles of cash. Like thieves, South African CEOs have criminally colluded, price-fixedÂ and otherwise crooked and conspiredÂ their way around. And most of all, they have failed to create jobs and expand opportunities.

This sleepout stunt is not empathy or philanthropy. It is merely #PovertyPorn. Empathy would be agreeing to voluntarily cap salaries and bonuses, and use those resources to subsidise entry-level jobs. There are creative ways to craft real solutions to genuine problems. I’m bemused that all of the creative, PR, advertising and media partners don’t spend their time thinking about some of these creative but practical solutions. These are likely to have a more lasting impact than gimmicks which mock the indignity of homelessness, poverty and unemployment.

There are other practical approaches. CEOs could pay their taxes, or moderate shareholdersâ€™ expectations. Distributing some of their excessive salaries and bonuses to employees and vulnerable communities would go a long way toward alleviating unemployment levels, even in the short term. This says nothing for the technically legal, but immoral and unethical, business operations and practices present in the corporate world: under-reporting and under-accounting, profit-shifting and the corresponding capital flight. Then thereâ€™s the evil of the double C: collusion and corruption.

So CEOs need not leave their houses. They just need to fix them.

Luckily this is a free country, and people are entitled to their idiocy and bullshit.

I would rather retire to my warm and comfortable bed at home and think of practical ways to make a difference, than think of “raising awareness” and having supposedly genuine conversations about our social malaise – as if South Africans are unaware of the plight of homelessness, the blight of hunger and the indignity of poverty.

A Note About Opening The Mosques