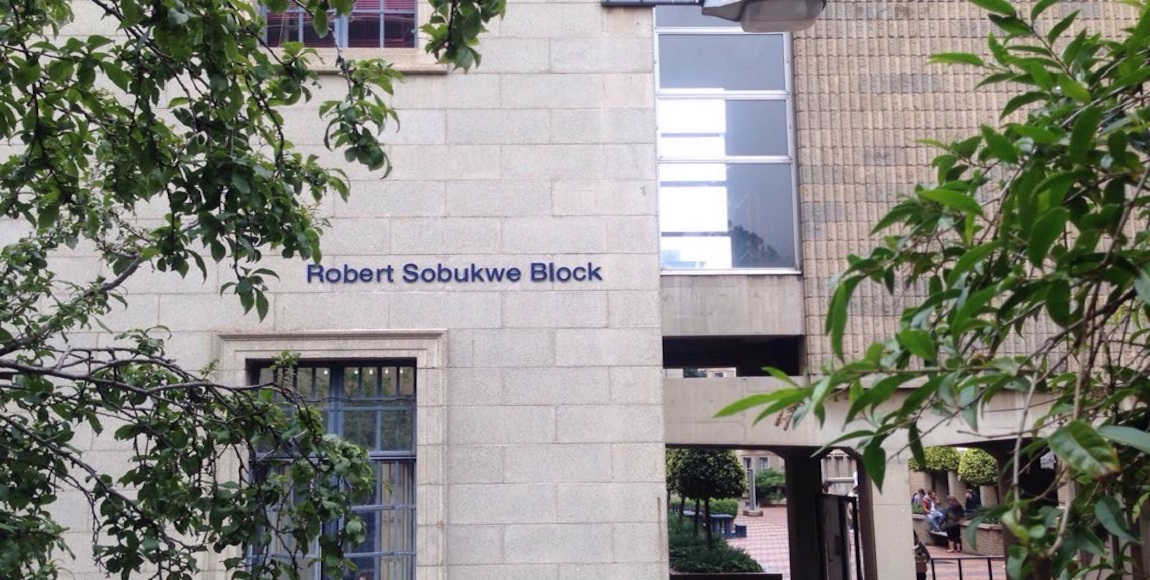 The Rhodes Must Fall and Fees Must Fall movements have raised important questions about whether we have truly African universities or whether our universities are simply Western structures in an African setting. As universities are pressured to transform, there are increasing efforts to make the university a more inclusive space. Recently, the University of the Witwatersrand (Wits) recently changed the name of Central Block to Robert Sobukwe Block. The Daily Vox asked Wits students whether the name changes are a step towards transformation. Yanga Nodada, 18, BA general, first-year student
Itâ€™s a good start but honestly, for example Senate House, itâ€™s still called Senate House. It hasnâ€™t changed anything for people, they just changed the name. Nobody recognises it as Solomon Mahlangu. I didnâ€™t even know that the buildings’ names had been changed, to be honest. Itâ€™s still the same. What the university is doing is good, I just think more needs to be done. They need to recognise students. I wasnâ€™t here for Fees Must Fall, but from what we saw in the news, students were not taken seriously. The university must also support students and the whole decolonisation movement. Changing the names of buildings is a way to appease students. More needs to be done. I just feel like theyâ€™re saying, â€˜Here, hereâ€™s what you want. Now just keep quiet, just carry on with life.â€™ It shouldnâ€™t be like that at all. I think the students should persist for real change. Siyambonga Mvundla, 24, computer sciences, masterâ€™s student
Personally, I donâ€™t think we should destroy the past to the point where we want to change names and things like that. To me, itâ€™s harmless. Iâ€™ve been to Durban and when you enter Durban itâ€™s called West Street. Now they changed it to some other name, some African name. Iâ€™m African and I donâ€™t view it as something necessary. If we want to address a political issue of oppression then we should just build our own structures with our own names. If we really want to move on and become better people, we need to try and let go of the past. I donâ€™t feel itâ€™s going to make a difference changing the name of a structure. Even that person that structure was named for was doing what was good or what was necessary at that time. And thatâ€™s what they want to remember that person for. If we wanted to remove the legacy of apartheid, I think we should plan in a way that improves ourselves as people. We have a beautiful culture in South Africa. It’s diverse. Structure is one thing because we can destroy the name but what about other things? All history is not all bad. We must still remember something about whoever, whatever Afrikaans name, Jan van Riebeeck. Whoever. Elly Ngoma (left), 23, BA linguistics and German, third-year student
Itâ€™s important because of representation, in terms of people of colour feeling, â€˜Okay thereâ€™s space for me here because thereâ€™s a building that has a name thatâ€™s similar to mine.â€™ Youâ€™ll be more encouraged, I guess? But I think itâ€™s just a facade. Itâ€™s like people protest and you give them the bare minimum just to keep them quiet. But they know that nothing has really changed. We have how many buildings in Wits? And they just changed the names of two. If you look at your timetable, it still says CB for Central Block instead of RS for Robert Sobukwe. Your lecturers still refer to it as Central Block, your timetable refers to it as Central Block. The only time anyone refers to it as Robert Sobukwe is when theyâ€™re politically aware. Has anything changed? Do people even notice? The university didnâ€™t even make some big publicity thing about it, it changed subtly. I didnâ€™t read the emails about the whole name change but I did know about Solomon Mahlangu because there was a lot of publicity around that. But with Robert Sobukwe, I was just casually walking past and I was like, â€˜Oh, whatâ€™s that there?â€™ And thatâ€™s when Carole was like, â€œYeah they changed the name.â€ I donâ€™t feel like it makes a lasting impact. Our syllabus is still colonised, our lecturers still have colonised views so how can they teach a decolonised syllabus?

Carole Mumba (right), 20, BA media studies and English literature, third-year student
It shows that thereâ€™s room for transformation seeing as decolonisation has become this primary factor of this generation. It goes to show that people are ready to transform and ready to actually talk about these issues because these issues are there. Itâ€™s real. I use the two names – Senate House and Solomon Mahlangu, and Central Block and Robert Sobukwe – interchangeably because Iâ€™m still getting used to Senate House and Central Block. I want to get into the habit of using the new names because they are significant. Changing the names of buildings is symbolic because it has to do with the act of decolonisation. Itâ€™s baby steps towards that and making people aware of who these people were. Solomon Mahlangu and Robert Sobukwe – who were they? Now people will be interested in getting to know who they were. Lindelwa Ndlovu, 21, BSc chemistry, second-year student
I honestly donâ€™t think itâ€™s important or that it makes any difference whatsoever. Even today, people still call the building Senate House not Solomon Mahlangu House. I think itâ€™s some political agenda to make things more African. Changing a name doesnâ€™t change what a building is, it doesnâ€™t change how people perceive the building. Probably in the future people are going to start calling it Solomon Mahlangu, not because they see fit to calling it Solomon Mahlangu, but because now theyâ€™re accustomed to it. But it doesnâ€™t change a thing, honestly. It doesnâ€™t do anything for transformation. I donâ€™t think transformation is a problem at Wits because if I walk around I see more African people. People get here and things donâ€™t go the way they plan and then they start complaining. I have friends like this. If a building is named after an apartheid hero, thatâ€™s starting trouble. Thatâ€™s like provoking what people are against. Calling it Senate House, Senate House is not a person or anything historically bad. Changing it to Solomon Mahlangu who was a South African hero, I already know that. I donâ€™t need a building to know that. Most of the people who push these political agendas donâ€™t know anything about South African history. They just know that there were strikes and the entire strike system just excites them. It just really excites them that we can go out there and strike and become one of our heroes once again.