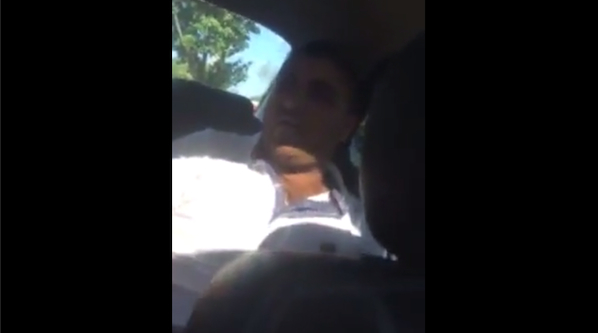 The notorious Laudium businessman known as “Chicky Lamba”, who was recently filmed threatening a man at gunpointÂ inÂ the back of aÂ vehicle, is in talks with “a big studio” about turning his life storyÂ into a movie. This is according to an associate of Lamba, who spoke exclusively to the Daily VoxÂ on Tuesday.

The man, who refusedÂ to identify himself other than as “Ahmed” for fear of being put in theÂ bush, said Lamba was determined to tell his side of the story.

“Look, the bra says he did nothing wrong. He just threatened the brazo and told him to lay off his fiancÃ©. To be fair, I would fuck upÂ someone who tried to touch my vrou,” Ahmed said.

Ahmed refused to divulge any furtherÂ details about the new film, but said itÂ would put everyone in Lamba’s back pocket.

“Chicky was naar because the cameraman didn’t show his face, but we got rid of that maadar,” he said.

The viral video, whichÂ was leaked by one of the peopleÂ involved in the incident last week, shows three men intimidating, beating and pointing aÂ gun at a man now identified as Aadil Osman.

Ahmed said the video hasn’t just destroyed the boys’ lives, it hasÂ alsoÂ marked the end of an era.

“We’ve always fixed our problems on our own in Laudium … managed our ownÂ affairs. Why you guys got to bring in the law?” heÂ said withÂ some despondency.

He refused to indicate whether he was the “Ahmed Amiski” mentioned so generously in the video.

The Lamba family refused to comment on allegations thatÂ ChickyÂ was shooting a new film but did say, “His phone has been confiscated.”