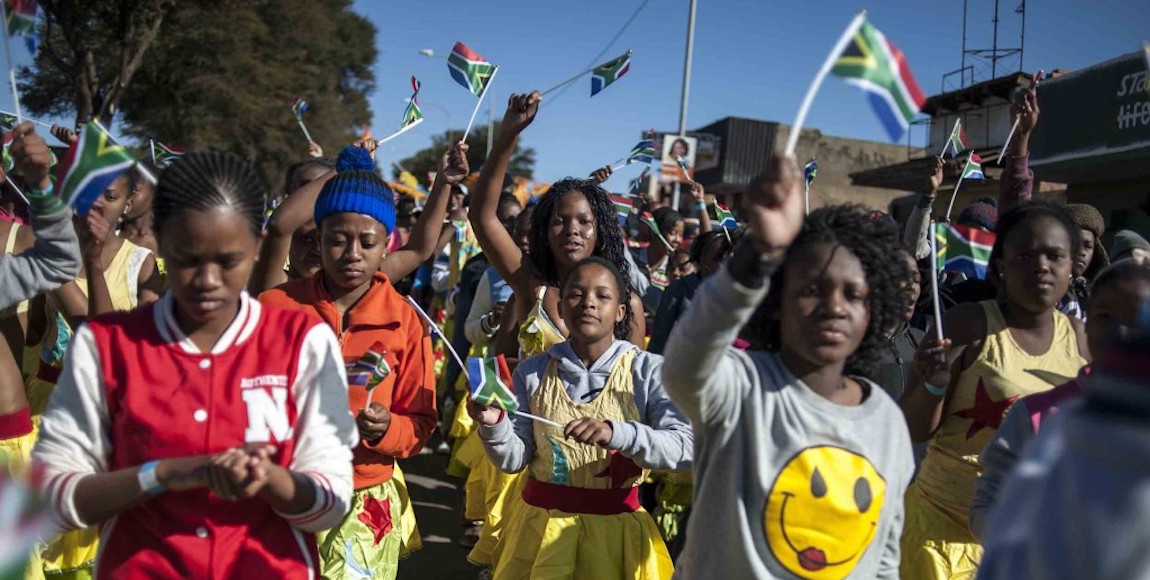 Studies in Poverty and Inequality Institute’sÂ Vuyokazi Futshane reflects on the burdens on the (un)free generation in post-apartheid South Africa. In the wake of Youth Day celebrations, she says that today’s youthÂ have yet to reap the benefits of the freedom that was passed down to them.

The blood shed on South African streets in 1976 was precipitated by decades, even centuries, of marginalisation. The youth had had enough! In the spirit of kwaneleÂ [enough] they took to the streets to voice their frustration at the status quo, and the â€˜Bantuâ€™ compartmentalisation of education and language polices that further placed the black child at a disadvantage. The events that unfolded on that fateful day changed the political landscape of the Apartheid regime; no longer would the youth remain silent, the catalyst of revolt had been set in motion.

As we commemorate the youth of 1976, I question my place as a young person in current South African society. I was born in the historically symbolic year of 1990, the year in which the father of nationÂ Nelson Mandela was released from Robben Island after 27 years of imprisonment. I am a daughter of liberation, intombi yenkululeko, but as I reflect on my 27 years of freedom as a young person in South Africa, I feel anything but free: I am unfree, paying compound interest on a liberation that has been handed to my generation on loan. We can speak of it, we see it, even celebrate it, but it has become increasingly unattainable.

A majority of South African youth are falling behind on multiple fronts, including access to economic and social opportunities. The narrative of unemployment permeates the entire life of a person; you see, a person is not simply unemployed, end of story. A person is unemployed and faces many other deprivations as a product of their unemployment.

This is indicated by the role of the youth in urban protests, and how often young people are negatively affected by shortages in housing, basic services and unemployment. Most recently, protests in Eldorado Park, Reiger Park, Thokoza and Freedom Charter Square Informal Settlement in Kliptown, and many other areas not in the spotlight of the media, went largely unreportedÂ unreported.

The everyday realities of the youth are marked with unprecedented social and economic perils, and are at the epicentre of exclusion. Statistics South Africa latest revelations paint a concerning state of affairs for the South African youth.

In a total population of 55.91 million South Africans, 30.1% are people younger than 15 years of age. Jobs are mainly available in the urban areas contributing to the strong migration trends to the metropolitan areas. The increased migration means that the government has to spend more on providing services such as water, health and electricity, education and housing. The youth continue to find themselves continually displaced; they are the ones who have to leave their families in search of work, a contributing factor to the breakdown of ideal family units and relational support.

The youth, by default, also carry the heavy burden of lifting the next generation out of poverty and the duty of ‘black tax’ – yet another debt the (un)free generation has to pay.

We continue to struggle in this â€˜post-conflictâ€™ era for our birthright: a place at the table in the land of our forefathers, after a battle those before us fought so fiercely for. However, our blackness and our pigmentation still function as a passport to perpetual suffering. Opportunities continue to elude us; we do not have access to the means of production, and are still an insignificant part of the value chain. What is freedom, when we are bound and shackled by the chains of poverty and inequality?

We live in a land which continues to serve the interests of a minority and enrich those beyond our shores. A resource-rich Africa is haemorrhaging wealth through illicit financial flows, further impoverishing her children. Wealth in Africa must be used for the benefit of those who reside in it, and must be used to further advance the prospects of future generations.

Progressive reforms are critical in achieving a just society, and mineral resource wealth must be fairly distributed to benefit present and future generations through, for example, a tax on extractivesÂ  to fund development mechanisms such as universal basic income grant.

According to research by Studies in Poverty and Inequality Institute on the impact a universal basic income grant would have on the SADC region, a monthly basic income of just under R200 for each and every citizen living here would cost US$54.12 billion annually. The African Union estimates that Africa loses approximately US$50 billion a year to illicit financial flows, so it isnâ€™t a question of affordability, but one of willingness and accountability.

The youth need to be armed with tools to fight new age struggles, and to extend opportunity and access through the adoption of progressive social protection; currently no social protection mechanism exists to cover 18 to 59 year-olds, the group with the highest unemployment and living in poverty.

The freedom our liberators died for requires fostering greater socioeconomic mobility, and decolonising institutional and systematic modes of exclusion.

Vuyokazi Futshane is the SADC BIG Campaign Coordinator at Studies in Poverty and Inequality Institute, a South African think-tank specialising in research and analysis of poverty in sub-Saharan Africa.