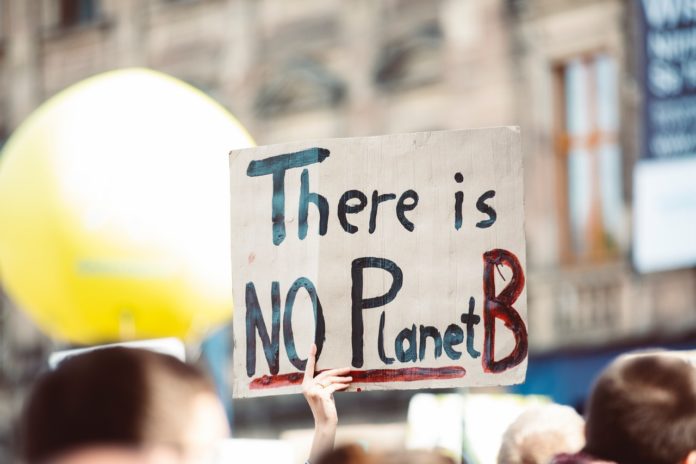 Climate change’s damage to the planet by climate change is on its way to being irreversible. Yet governments and large corporations continue to do nothing about it. Many people even deny that climate change is real. So what is climate change and how exactly is it affecting the world and people? by Ling Shepherd and Kelly Mutizira.

Climate change is accelerating and human-caused emissions of greenhouse gases are the cause, according to a recent report. The Intergovernmental Panel on Climate Change (IPCC) report addressed the most up-to-date understanding of the climate system and climate change.

One of the report’s main findings stated that human influence has warmed the atmosphere, ocean and land. This has had drastic changes such as heatwaves, heavy rains, droughts, and tropical cyclones. Extreme weather affects agriculture, water systems, ecosystems, tourism, infrastructure and livelihoods. Many of these extreme weather events are already happening.

Other key findings stated global surface temperature was 1.09C higher in the decade 2011-2020 than between 1850-1900. Remember one degree higher climatically is not the same as 1 degree in the weather. The past five years were hotter than on record since 1850. Recent rates of rising sea sea levels have risen thrice as much compared between 1901-1971.

The report also stated that governments worldwide need to formulate policies that significantly reduce carbon and methane emissions. The IPCC report said all the emissions scenarios indicate the 2015 Paris climate agreement target will not be met this century. This is unless huge carbon cuts take place.

WHAT IS CLIMATE CHANGE?

The history of the scientific discovery of climate change began in the early 19th century when Ice Ages and other natural changes in paleoclimate were first suspected. It also marked the period where the natural greenhouse effect was first identified. In the late 19th century, scientists first argued that human emissions of greenhouse gases could change the climate.

Related: How South Africa Can Prepare For Climate Change

WHAT IS THE IMPACT?

Climate change has a negative impact on people’s health and the way people live. It affects many of the social and environmental determinants of health – clean air, safe drinking water, sufficient food and secure shelter. Extreme weather events – such as heatwaves, downpours and storms – have become more frequent and intense, threatening lives and livelihoods. Basically, all those saying about how there is no planet b could very well become real. The world could actually become unlivable for most people.

The effects will vary depending on where people live:

The UK will be vulnerable to flooding caused by extreme rainfall. Low-lying island nations in areas such as the Pacific region could disappear under rising seas. Many African nations are likely to suffer drought and food shortages

In North America, worsening drought conditions are likely to hit the western US, while other areas will probably see increased rainfall and more intense storms. Australia is likely to suffer extremes of heat and drought, raising the risk of fires. Between 2030 and 2050, climate change is expected to cause approximately 250 000 additional deaths per year, from malnutrition, malaria, diarrhoea and heat stress.

Many of these conditions have already taken place – just in the past eight months of 2021.

Tens of thousands of hectares in Algeria were completely engulfed in flames in 2021. Wildfires also affected Turkey, Greece and Morocco. Fuelled by strong winds and Greece’s worst heatwave in decades, over 580 fires have broken out across the country since late July. Greece’s prime minister blamed the fires on the “climate crisis” that causes “fires that last for weeks”. Besides the extreme damage caused by the fires, the high temperatures affected many people’s health.

At least 220 people were killed between July 12 and 15, mostly in Germany. Dozens were also killed in Belgium. Homes and other buildings were destroyed in flash flooding that followed heavy rainfall. Some parts of the region experienced more rain in a single day than they would typically expect in a whole month.

From Turkey to Brazil, and Russia to the United States, we’re seeing fires consuming our forests, killing wildlife and threatening our woodlands’ ability to trap and store carbon, a defense against the climate crisis.

The science behind these events

As greenhouse gases trap more energy from the sun, the oceans are absorbing more heat, resulting in an increase in sea surface temperatures and rising sea level. Changes in ocean temperatures and currents brought about by climate change will lead to alterations in climate patterns around the world.

Climate change could alter the frequency and intensity of forest disturbances such as insect outbreaks, invasive species, wildfires, and storms. These disturbances can reduce forest productivity and change the distribution of tree species.

Watch: Our Planet on Netflix

Climate change affects animals and plants. Most plants and animals live in areas with very specific climate conditions, such as temperature and rainfall patterns, that enable them to thrive. Any change in the climate of an area can affect the plants and animals living there, as well as the makeup of the entire ecosystem.

WHAT ARE THE CAUSES?

The main causes of climate change according to the World Wide Fund are: the world’s increased use of fossil fuels for electricity, cars and other forms of transport, and power manufacturing and industry. Deforestation is another cause. Living trees absorb and store carbon dioxide and give off oxygen. Massive forests are being cleared to make way for cattle farming and other activities which contribute to greater carbon dioxide production.

WHAT WILL HAPPEN IN THE FUTURE?

Scientists have set a temperature increase of 1.5C as the “safe” limit for global warming. They have high confidence that global temperatures will continue to rise for decades to come, largely due to greenhouse gases produced by human activities. The Intergovernmental Panel on Climate Change (IPCC) forecasts a temperature rise of 2.5 to 10 degrees Fahrenheit over the next century.

WHAT IS THE SA GOVERNMENT DOING?

The White Paper presents the South African Government’s vision for an effective climate change response and the long-term, just transition to a climate-resilient and lower-carbon economy and society. However, most political parties in South Africa, including the ruling African National Congress have not made climate change a central policy.

Read more: Fasiha Hassan Argues The Case For The ANC

During a #BeTheDrivingForce Instagram Live, climate activists Courtney Morgan and Celiwe Shivambu stressed the human dimension of climate change. When asked why climate change matters to young people, Morgan said that “it’s an existential crisis, threatening our future and jeopardising us as a species. Even though much of the damage happened before our time, we are the ones who will bear the brunt of accelerated heating and this is why it’s important to us”. Shivambu referred to the Climate Change clock, which says that we have 6 years left to make things right for us and our planet.