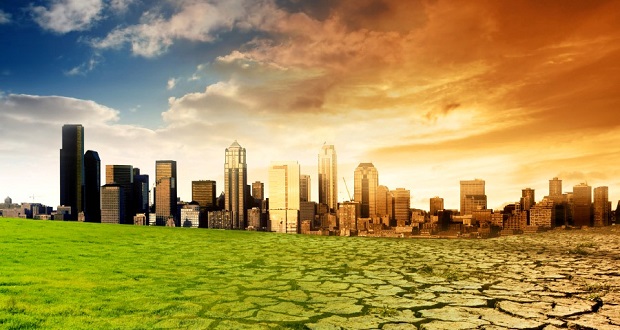 South Africa has been facing some really strange weather patterns over the past few years with alternating periods of severe drought and heavy rains resulting in flash floods which are all effects of climate change. Water and Sanitation Minister, Nomvula Mokonyane has said that it is going to take South Africa at least three years to recover from the drought, and even that might not be enough. The Daily Vox looks at who will be affected the most by climate change in South Africa.

First of all, are the weather patterns we have been experiencing related to climate change?

Professor Nicholas King, an environmental futurist, says that while it is difficult to attribute individual weather events to climate change, all of the models around climate change show a much more volatile climate or weather patterns, which is exactly what we are seeing.

“South Africa has already observed a change in climate from about 1960 where we have very reliable data. We’ve had higher mean annual temperatures, higher minimum and maximum daily temperatures, more frequent hot extremes and more variable rainfall,” he says.

So, with a very high level of certainty we can say these events if, not directly attributable to climate change, “are in line with what we expect from climate change and they are certainly being exacerbated by climate change,” says King.

King also says it is not just the drought, but the country has experienced an increase in temperature so everywhere is hotter and the rainfall is more sporadic. He also says that even if we experience a normal average rainfall, because it is coming in more extreme events, the rain doesn’t soak as much, it runs off quicker, and there’s extreme flood events. So things aren’t going to go back to normal.

“So again, because we’re getting this change overall, the long-term climate change, we can’t go back to normal. There isn’t a normal anymore so it isn’t a cycle like there used to be before. So even if we were to get three years of normal rainfall, because the temperatures are higher, we won’t get back to how we were before. We can’t use the statistical analysis of the past to plan for the future.”

So what is climate change?

Climate change is a result of global warming, which is caused by human activities that have resulted in the emission of various pollutants, principally carbon dioxide. This has altered Earth system dynamics in a way that affects the climate system, ultimately causing trends and changes to climate and weather systems.

Why should we care about it? Well, it’s literally a life-and-death situation. Bill Nye – yes, The Science Guy – breaks down climate change in a simple manner.

Kumi Naidoo, the former head of Greenpeace, has said that one of the biggest challenges that faces Africa today is climate change. “It is a terrible injustice for Africa, because Africa as a continent has been least responsible for the problem of carbon pollution and emissions. But as climate scientists says we are the continent, in terms of a large number of people who are going to face the worst impact of climate change.”

“As the climate changes, it is South Africa’s poor, the majority of the population, who will be the hardest hit,” reads the report.

One of the impacts of climate change that is currently affecting many South Africans is water scarcity. The ongoing drought that is gripping South Africa has meant that a lot of South Africa’s water supplies have been threatened. The Vaal Dam, one of the largest sources of water supply to Gauteng, was beginning to dry up before the recent rains.

Even now, as we have been experiencing relatively heavy rainfall, it does not mean we are out of danger. And even if the current crisis is solved, the problem of water scarcity in South Africa is likely going to continue for quite a while – or until a lasting solution is found.

Climate change in South Africa also affects the agricultural sector as a result of water scarcity and drought. However, once more the hardest hit are the poor; in this instance, small-scale farmers who rely on their produce for not only their livelihood but also for subsistence.

It also increases the rate of urbanisation, because water scarcity, drought, and flash floods usually affect rural areas, which are often undeveloped, more than urban areas. This causes a mass migration of people from rural to urban areas, which subsequently puts strain on resources. As a result, people are often forced to live in overcrowded and unsanitary conditions, which are exacerbated by the lack of water and other basic resources.

The need to make changes

In 2011, the South African government released a White Paper titled, The National Climate Change Response White Paper which identifies and deals with different vulnerable groups, including children. The paper also recognises the need to respond to a changing disease profile. The paper contains a commitment to reduce carbon emissions as well as a commitment to growth in renewable energy as well as job creation in the manufacturing of renewable energy technologies.

A National Climate Change Response Policy, also released in 2011 is aimed at providing a roadmap for dealing with climate changes and pushing towards a more green economy.

The government is closely involved with many projects internationally which are aimed at combatting climate change. In 2016 the government ratified the Paris Agreement which is a “legally binding instrument that brings all nations into a common cause of acting collectively to address the threat of climate change within the context of sustainable development and efforts to eradicate poverty”.

Governments may devise laws and sign agreements to try combat climate change, but that does not mean we, as ordinary citizens, are completely powerless to make a difference. There are many ways to get involved to try and stop climate change. 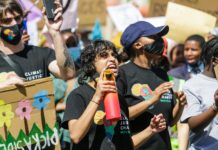 In conversation with Raeesah Noor-Mahomed, climate and intersectional activist