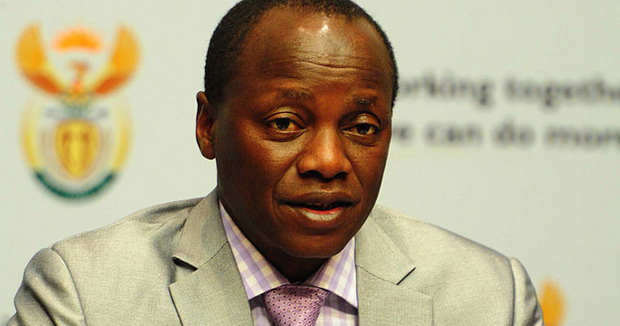 News that Public Service and Administration Minister Collins Chabane had died in a car crash on Sunday may have come as a shock, but the details trickling in since have been highly predictable. His death appears to have been no accident after all, but rather the confluence of dangerous driving and drunk driving. FARANAAZ PARKER wonders what itâ€™ll take for South Africans to change our driving habits.

Accident reconstruction experts have put Chabane’s SUV traveling between 150 and 200kph at the time of impact. It went straight under truck.

NEWS JUST IN: #Chabane Police have confirmed that a breathalyzer test showed that the truck driver tested positive for alcohol. EC

South Africa has some of the worst road safety stats in the world. If you thought festive season deaths were an anomaly, think again because it is not just Easter or Christmastime that prove fatal for road usersÂ – more than 1,000 people die on SAâ€™s roads every single month.

South Africa is theÂ worst country in terms of road safety â€“ out of 36 ranked in a 2013 report â€“ and car crashes and road deaths cost the economy more than R300-billion each year.

That is to say nothing of the human cost of all this â€“ breadwinners lost, children orphaned, families destroyed, survivors scarred or permanently disabled.

It is an awful, awful thing.

But each new, horrific road accident caught on camera mesmerises us for just a day or two, and then we push it to the back of our minds. Perhaps the thought that it might be ourselves or our loved ones next is too painful to bear.

We may talk about the Zenani Mandelas and the Jub Jubs and the Simba Mheres of our country (for a time) but we donâ€™t stop to tally all the other road accidents we come into contact with every day in South Africa.

We have all heard stories, or have stories from within our own families or circle of friends. The second cousin (age 8) killed after being run over while at the pedestrian crossing at her school; the nephew (age 10) killed when the family car hit a truck; a friend of a friend (17), who died after driving into a tree; the friendâ€™s colleague dead after a bus ploughed into her car as she drove to work (she left behind a husband and two-week old daughter).

We may have accepted this as simply part of life in South Africa, but this is not normal.

With proper driver education and proper policing the vast majority of these accidents should be avoided.

But all too often we hear about people speeding until theyâ€™re just within sight of the speed cameras before slowing down, or of getting into their vehicles knowing full well that theyâ€™ve had a few beers, but confident that they will be able to bribe their way out of any encounters with the law.

The much-vaunted Aarto system, which would see drivers docked of points and possibly losing their licenses, has been stuck in limbo for years. And even if it were to come in, the entire system would hinge on whether traffic officers could see past their own greed towards citizensâ€™ safety.

Chabane will be mourned by those in office, and a truck driver may go to jail for it, but will anyone in government be moved enough by his death to bring real change to our deathly roads?