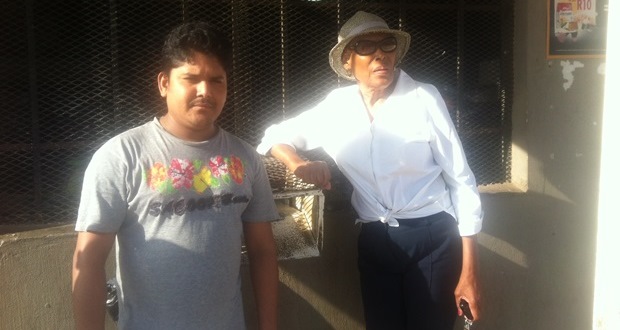 Dusty shelves stand empty in a cavernous room on Marsh Street in Meadowlands. The dingy room is the ghost of a bustling convenience store owned by a Somali refugee. There is, however, no trace of the erstwhile owners here. The store remains locked behind a metal gate. And the loss of the store is felt by the community. Residents say they now have to walk much further, to the nearest shopping centre, to buy basics such as bread and milk, at a price higher than what they would usually pay at this store.

These are the enduring effects of what weâ€™ve come to know as xenophobic violence, a virulent hatred of foreigners, that shadows life in South Africaâ€™s poorest regions.

RELATED: #SowetoAttacks: â€œI could see the hate in peopleâ€™s eyesâ€

Meadowlands bears the scars of the last surge of xenophobic violence last year. Hundreds of foreign-owned shops in Soweto were looted, and foreign nationals were driven out of Soweto in a spate of violence. The violence is understood to have been sparked by the killing of a 14-year-old boy, Siphiwe Mahori, by Somali shop owner Alodixashi Sheik Yusuf in Snake Park. Mahori was part of a group alleged to have attempted to rob Yusufâ€™s shop.

With a 39.9% employment rate, Meadowlands, founded in the early 1950s by the apartheid government for black residents from Sophiatown, was one of the townships where foreign nationals were attacked in 2015 and their shops looted by local residents who wanted them out of the community.

A rumour that the circulation of drugs has increased since the arrival of foreign nationals in the township is one such accusation that spurs resentment of foreigners. So too, foreigners are accused of sponging off basic government services like healthcare and education. Competition between foreigners and local traders also plays a part in sowing mistrust as South African owned tuckshops close down.

It is clear that the attacks against foreign traders in Soweto, which many South Africans understand as xenophobia, is twisted into a larger story of inequality and opportunistic criminality.

â€œThis was more of a criminal activity more than xenophobia. People saw an opportunity and they took advantage,â€ said community worker, Pinky Tiro (66), who has been living in Meadowlands for over 30 years.

â€œI pitied them because I couldnâ€™t imagine what it must have felt like to be attacked in a foreign country with nowhere to go. We alerted the shopkeepers opposite my house that this had happened in other places and they were coming for them but they were stubborn. They only got scared when they saw a shop in the same street being attacked [looted]. Thatâ€™s when they began to bring their things into my house but it wasnâ€™t much,â€ said Tiro, who hid three foreign nationals and their belongings in her house during the attacks before residents warned her to stop doing so.

The former businesswoman says she admired the foreigners and their knack for innovation and business.

According to Tiro, foreigners construct stores in someoneâ€™s yard, pay rent of about R1500 to R2000 per month, and are well-stocked. Products at foreign-owned stores are known to be cheaper than large retailers, and crucially, foreign traders extend interest-free credit to people who cannot afford groceries during the month. â€œWe even borrow money from them when times get tough and return it without interest,â€ said Tiro.

More than a year after the attacks, however, fear and suspicion remain a characteristic of life as a foreign trader in Meadowlands.

Many traders who have reopened their businesses in the township were reluctant to share their experiences.

They say they fear for their safety and sought to be reassured that there arenâ€™t any attacks on the way. But for those who remain here, the violence was inexplicable.

Bangladeshi shop owner Kabir Bhuiyan (26) recalls his brotherâ€™s experience during the attacks last year.Â â€œI donâ€™t know why it happened, I donâ€™t understand,â€ he said. â€œIt was in the afternoon when the shop up the road was looted by residents before my brother was alarmed that the angry people are coming to take his shop. He only managed to move some stuff into Tiroâ€™s house before the people came and took everything. Even the fridges,â€ he said.

Bhuiyan now runs his brotherâ€™s shop, while his brother has left the township. He estimates a loss of over R60 000 in stock and money due to the looting. Through savings, group buying, financial aid and credit from wholesalers, many of the foreign nationals were able to reopen their stores. Others never recovered.

RELATED: #SowetoAttacks: â€œNo one helps us. No one cares about usâ€Â

â€œSome brothers have never recovered,â€ says the chairperson of the Somali Community Board in South Africa, Amir Sheikh, adding that the attacks also impacted the families of migrants who depend on remittances from South Africa. He is confident that government interventions and greater co-operation between foreign nationals and locals are influencing a safer environment for foreigners.

â€œOther incidents have happened recently, like when a boy was allegedly shot by a Somalian shop owner in Mofolo, Soweto, when he attempted to rob the shop. This was contained and resolved together with the local residents and law enforcement,â€ Shaikh said.

And for Bhuiyan, the Bangladeshi shopkeeper in Meadowlands, the atmosphere has improved. â€œNow I feel safe but Iâ€™m not sure what is going to happen,â€ he said. â€œPeople like mama (Tiro) are not bad and you can trust them. I help them and they help me.â€

Businessman Mputhi Mputhi of Soweto Business Access, however is still wary. â€œIt would be premature to say all has been resolved but weâ€™re working on it because a common ground has been identified for all traders,â€ he said. â€œThe governmentâ€™s business revitalisation campaign is underway and we will teach informal traders necessary skills for businesses.â€

And certainly, the process of learning in the interests of fostering a more harmonious township extends to foreigners as well. Bhuiyan and his cousin have taught themselves a bit of Zulu to communicate better with their customers.

These are small steps taken to overcome prejudice in Soweto.