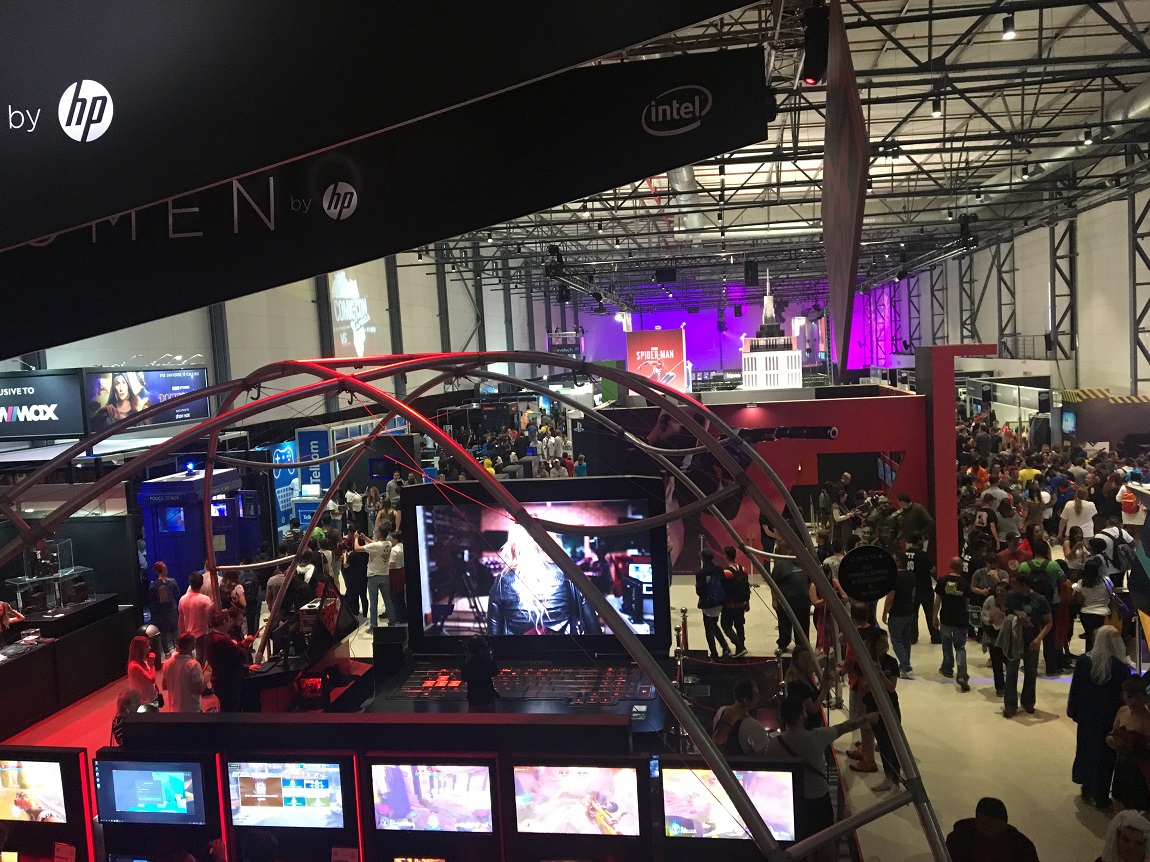 South Africans came out in their numbers to support the first ever Comic Con on African soil. SHAAZIA EBRAHIM and FATIMA MOOSA reflect on their experience attending their first ever official Comic Con.

Being the first ever Comic Con that we’d attended, we were not quite sure what to expect.

But we can safely say, Comic Con Africa was a weekend of pure delight. It was the place to let your inner nerd or geek out and not have to fear judgement or laughter. It was the place for people of all ages. For older people it was a space to relive childhood memories of reading comic books. For kids it was a space to see their superheroes from the screens come to life. Whether you’re a casual pop culture fan or a hardcore superfan, there truly was something for everyone.

The variety of entertainment itself was quite overwhelming, from gaming opportunities to exhibitions, a jumping castle, panel discussions, film and series screenings, and food trucks galore.

Being the first Comic Con, it would have normal for there to be some glitches and problems. However, on the surface everything seemed well-organised with everyone being accommodated. That was probably though because the event was organised by Reed Exhibitions who are basically responsible for organising comic conventions all around the world.

But of course there is something to be said about the lack of financial accessibility. At R150 a ticket for general access and over R300 for personal access to celebrities, it just isn’t accessible for all. The other downside was that many of the big names celebrities who were used a draw cards for the event didn’t make it.

Game of Thrones star Jason Momoa cancelled quite a while before the event. It was announced on the eve of the event that Avengers and The Hate U Give star, Anthony Mackie would be unable to make it. Hurricane Florence which was affecting the United States of America being the preventative force. If Comic Con does come back to Johannesburg in 2019, it would be a welcome if more stars were added to the lineup, and not those from niche fandoms.

Even though we had initial expectations that the space would be very white – and it was – we were pleasantly surprised. There were glimpses of diversity in the audience and cosplay costumes and the panels. It was so great seeing women in headscarves and niqab wearing the costumes of their favourite characters. There seems to be something so empowering about putting on the clothes and character of someone else and getting to be someone else even if it’s for a few hours.

Speaking of representation, one of the coolest guests (in our humble opinion) was world famous cosplayer Yaya Han. Han is a Chinese-American and made sure to speak up about representation in cosplay. She spoke of the difficulties that people of colour often have when they cos outside of their race. Han has received comments that she would, for example, have been a good Jessica Rabbit if she wasn’t Asian.

Han said she was a very shy and introverted person and took her confidence from the characters. “Cosplay is what gave me confidence,” Han said, “Because when you cosplay a character, you really take on certain characteristics of the character.”

11 Of The Coolest Cosplays At Comic Con

She also said to choose and cosplay characters that mean something to you personally and you feel a connection toy. Han said to not worry about what people say. Comic Con really did seem like space of relatively little judgement which was great.

During the cosplay competition, little kids were allowed to showcase their cosplay creations which they had made themselves. From Superman, Cinderella to Avatar and Wonder Woman, it was refreshing seeing children being allowed to represent themselves and be whoever they wanted to be. While the world wants to box kids from a young age, this seemed to give them the platform to be their own heroes.

There was a variety of panel discussions that took place on the main stage. Here, things like Afrofuturism, African storytelling, and feminism was discussed with local and international comic book writers and artists in conversation. There were also panel discussions with celebrities who’d attended from famous cosplayers to lead acts in series and movies. This was a great chance for the audience to participate in the discussions too.

Here’s Who Will Be Appearing At Comic Con

One panel discussion we attended on Friday took place between the international comic guests: Andy Diggle, Ben Abernathy, Chris Sprouse and Jenny Frison. All of these people are hotshots in the comic book industry with impressive resumes who have worked with the likes of comic book giants Marvel and DC. It’s interesting – and telling – to note that all of these people are white men with the exception of Frison who is a white woman.

When asked to discuss the lack of representation in comic books with the increasing calls to social and political consciousness, the response was rather lacklustre. Cole Sprouse, who has worked extensively for both DC and Marvel, responded that the solution to those calling for representation would be to find something that doesn’t offend you. Sprouse said with the amount of content available, it would be easy to sift through and find something you feel represented by and not offended by. The panel concurred with him.

This is a pretty weak argument considering that as white men, they don’t have to look far for representation. Heck, even some characters that are Black are whitewashed in their DC and Marvel film interpretations.

With the mainstreaming of superheroes Luke Cage and Black Panther, there is a greater move towards representation in the comics world. There’s also Marvel’s determination to hire other writers who are not white men which continued with the creation of Kamala Khan, the new Ms. Marvel, a teenage Muslim girl living in Jersey City, has likened by some to the new Peter Parker. So at least we know that the industry is somewhat committed to representation. We need more commitment to reflect the world at large in comic books and the their film and series interpretations.

Comic Con Africa 2018 was a great start to inspiring the locals to tell our own stories and revel in the magic of the characters in those stories. In the future we hope to see more uniquely South African comic books. If more South Africans write comics there is a better chance of seeing heroes, storylines and even film and series interpretations that reflect us in all of our diversity.

Everyone deserves to feel like they could be a superhero. South Africans are no exception.