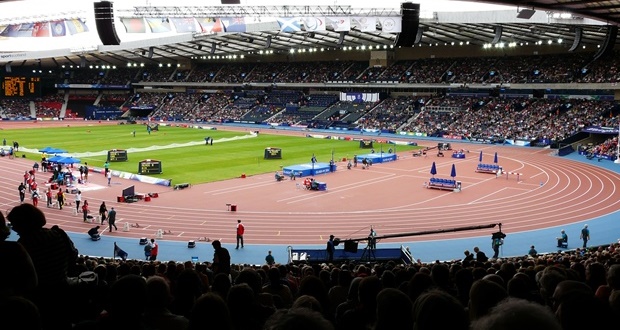 Durban this year won the bid to host the 2022 Commonwealth Games. Well, “won” might be too strong a term as DurbanÂ was the only remaining bidder left, following the withdrawal for financial reasons, of all of the other bidders. LIZEKA MADUNA asked Durbanites how they feel about their city hosting the games. Nompakamo Dzanibe, 20, student, Umbilo
This will open up a lot of job opportunities, especially tender wise, because that means more people will be employed. Although this is exciting there are numerous disadvantages that come with it, including crime. During the 2010 [Soccer World Cup] crime was on the rise in Durban and if the government doesnâ€™t do anything from this point onwards, the city might face the same challenge again. But there is still enough time to work around implementing a tight and effective security system so that people from other countries will feel safe and welcome. As a youngster of this city I donâ€™t see how I will benefit from this personally, but I am quite certain that the nation as a whole will benefit from it in terms of economy. With our current corruption situation, I hope South Africa will do things accordingly this time around. Philani Khowa, 24, video technologist, Umlazi
I hope South Africa didnâ€™t commit any bribes this time around because if that is the case, we might as well just brace ourselves for yet another scandal in a few years to come. Hosting the Commonwealth Games as the city of Durban sounds exciting, although it raises a lot of questions because of the current corruption situation within the country. This should create employment opportunities. That is what we had hoped for during the 2010 FIFA World Cup but instead there was a challenge of nepotism. Since there is still so much time to prepare, I hope this city doesnâ€™t waste money on unnecessary things like rejuvenating roads that donâ€™t need to be fixed.
________________________________________________________________________________ Catharine Botha, 20, student, Durban
The Commonwealth Games will bring enormous contribution in terms of tourism and exposure. This will also boost the countryâ€™s economy and create employment opportunities; there will be construction and other services which will require deployment of more employees. Our country has had exposure before during the 2010 FIFA World Cup but this is the chance for Durban to finally show off what it has in terms of its beauty, friendly climate and a great holiday destination. The idea of the city hosting such an event is thrilling, especially since Durban is the first African city to host the Commonwealth Games. I also hope this will finally unite Africans. Simphiwe Mnyandu, 21, student, Pinetown
The idea of Durban being the host of the Commonwealth Games is exciting because these games include a variety of sports, unlike the [2010] World Cup, which was only about soccer. Not everyone is a soccer fan. This will help people of different sports to showcase their talents and be seen by the whole world. As much as this should create job opportunities, it seems impossible, looking from the previous experience of the World Cup. As a video technology student I hope by 2022 this event will create a better job for me because I will be a graduate by then. Durban has its problems but because of its rich and diverse culture, it is the best city to host these games. I hope it will boost the countryâ€™s image and unite the African continent, especially after the xenophobia outbreak in the province. Sam Turner, 38, jeweller, Sea View
I donâ€™t feel like my opinion counts as a citizen and a taxpayer because of how things are done in South Africa [but] this sounds like a great opportunity for the city to show off its best beauty. This could be an opportunity of a lifetime for South African athletes to showcase their talents and show the world that there is more to this country than corruption and crime. 2022 will be a moment for small businesses to shine because there will be tourists who will also contribute to the economy and the tourism sector, from which small businesses also benefit.

– Voxes have been edited for brevity and clarity
– Featured image via Wikimedia Commons, other images by Lizeka Maduna