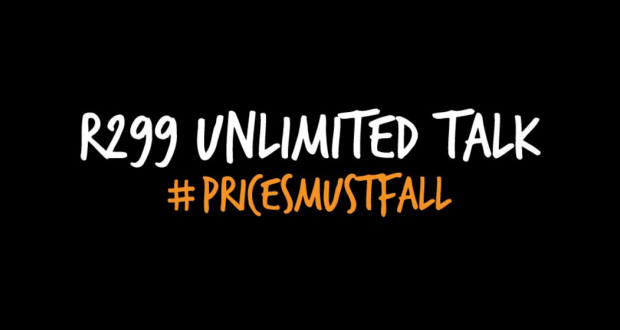 Companies are always looking for new ways of getting consumers to buy their products. Now theyâ€™re trying to co-opt the #FeesMustFall movement too, by using #MustFall in their campaigns. DANA DA SILVA thinks this is ridiculous.

Last month Lauren Beukes tweeted that any time a corporation uses #MustFall in their ads they must pay a full bursary for a student who can’t afford university fees.

New rule: anytime a corporation uses #mustfall in an advert, they have to pay full bursary for a student who canâ€™t afford fees.

Like Lauren, weâ€™ve noticed a proliferation ofÂ ads using the hashtag, and for what purpose exactly? To be more relevant? Hoping that students will buy their products? To jump on the bandwagon of an important South African struggle? The #MustFall protests began in 2015 with #RhodesMustFall, which succeeded in removing the statue of Cecil John Rhodes at UCT. In October, #FeesMustFall campaign was launched when students were protesting against the proposed fee increase. As you well know, the #FeesMustFall movement gained national momentum and international attention.

Since then, a number of companies have used the #MustFall hashtag in their adverts. Among these are Jaguar, Teazers, Comedy Central and Sygnia. These companies donâ€™t have anything to do with the student struggle. It seems that they just use the phrase to push their products and services.

Luxury car company Jaguar used the phrase â€œClichÃ©s must fallâ€ in its radio advertising recently. Who are they trying to appeal to with this, since an ordinary student who participated in the #FeesMustFall movement can barely afford university fees, let alone a fancy Jag.

I just heard the words “cliches must fall” in a Jaguar advert. Full circle. The words mean nothing now.

Sygnia is an investment company claiming #InvestmentFeesMustFall on the back of buses. I doubt many students would be thinking of dabbling in investing, except for those who study it.

Strip joint Teazers put up a billboard which said â€œ#ClothesMustFall.â€ Some found this funny, but others thought this was reducing the struggle of the black child to a slogan. To be fair though, we donâ€™t really expect too much from these advertisers, so weâ€™re not actually surprised.

Teasers has a billboard saying Clothes Must Fall. The struggle of the black child has been reduced to a slogan for a strip club

Seen today – Teazers billboard: #Clothes must fall. Made me smile, which is weird for a billboard. Well played.

DSTVâ€™s Comedy Central has also been trying to get in on the action with its TV ads.

A Facebook user, Muhammed Zakaria Suleman, took on one of the companies using the hashtag for advertising purposes when he posted Lauren Beukesâ€™ tweet on the page of cellphone company me&you mobile, and argued that they â€œshould consider what the fallism movement represents and whether this is in fact an attempt to commercially gain from a movement that has become widespread and popular.â€ The company responded with an undertaking not to use #PricesMustFall in their campaigns and acknowledged that it may be â€œinconsiderateâ€.

These companies and corporations probably didnâ€™t think twice about what the hashtag means. If theyâ€™re seeking attention from their consumers, they may be in for the wrong kind of attention. The #FeesMustFall movement is a turning point in South African history, and no company should be allowed to detract from its importance with adverts that have no relevance to the movement. Attaching the hashtag to products and services undermines the struggle that students went through and reduces it to a tool for advertisers.

Maybe more consumers need to engage with the companies that are co-opting the #MustFall hashtag? I, personally, would love to see Teazers persuaded into sponsoring a bursary or two.