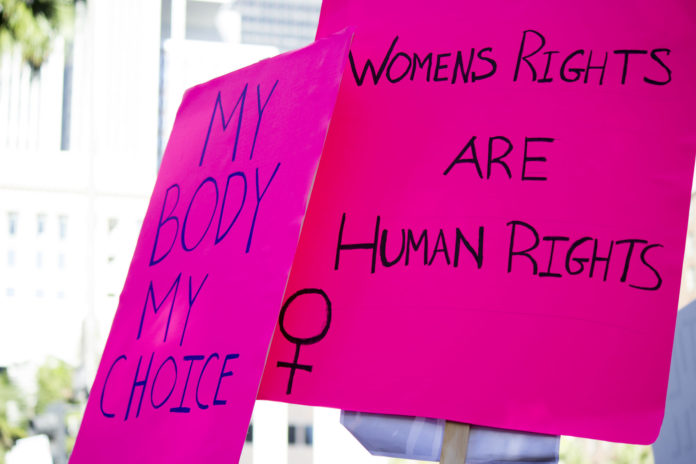 Contraception: the deliberate prevention of conception or impregnation by any of various drugs, techniques, or devices; birth control.

In the quest for safe sex and avoiding unintended pregnancy, contraception is NB. Don’t listen to old wives tales or myths about how to avoid pregnancy, many of them aren’t accurate. And with new developments, there are many effective and affordable methods of birth control to choose from. In the interest of accurate information, The Daily Vox dispels some common myths about contraception.

Fact: Err, no. There are several contraceptive methods from which you can choose, but none are 100% effective. Intrauterine devices (or IUDs) are the most effective non-surgical form of contraception, and can be 99% effective depending on the type. But while it’s better to be safe than sorry, there is no fool-proof method of contraception (except abstinence).

Myth #2: You can’t get pregnant if you have sex during your period

Fact: Technically, the probability of getting pregnant during your period is low. But sometimes ovulation (when an egg is released) can take place earlier than expected. For menstruators with shorter cycles, there is a higher chance of getting pregnant on your period. Sperm can also live in a woman’s body for days so it may be possible to conceive several days after unprotected sex if you ovulate early.

Fact: Combined oral contraceptive, or “the pill,” does not increase the overall risk of cancer. Actually, using the pill is associated with a lifelong reduction of risk in colorectal, endometrial and ovarian cancer. Some evidence does show a slight increase in breast and cervical cancer with current use of the pill; but this risk disappears after 10 years of stopping the pill. This is also outweighed by the greater risk reduction of ovarian and endometrial cancer, and this effect remains for decades after stopping the pill.

Myth #4: If you withdraw before ejaculation, your partner won’t get pregnant

Fact: Don’t play yourself, the ‘withdrawal method’ is not an effective method of contraception. This is because it’s still possible for there to be sperm at the tip of the penis before ejaculation, which can result in a pregnancy.

Fact: Research shows that the pill and IUDs don’t cause weight gain. But when it comes to injected progesterone-only methods (Depo-Provera), there’s conflicting evidence. Some studies show a small increase in weight and others showing no association whatsoever.

Myth #6: You can’t get pregnant when breastfeeding

Fact: Lactational amenorrhea method (LAM) is the name given to birth control when breastfeeding. Basically, it prevents ovulation when a mother exclusively breastfeeds her child as often as the baby wants, with no other foods or liquids. LAM is a great form of birth control for the initial six months provided that these specific conditions are met. But this method is only 75% effective.

Myth #7: All contraceptive methods work for everyone

Fact: Selecting a contraceptive is an important health decision, and health experts recommend that you see a medical doctor or nurse to discuss your options. There are quite a few things to consider when weighing the pros and cons of each contraceptive method. Here are five of the most effective and affordable options.

Myth #8: Emergency contraception is only effective the morning after unprotected sex

Fact: The emergency contraception pill (ECP), or the ‘morning-after-pill’ should be taken as soon as possible, but does not have to be taken in the morning. Two types of ECP  work for up to four or five days after sex (but are more effective when taken as soon as possible). Note that an ECP is not an abortion pill, and if you are already pregnant it will not work. The most effective emergency contraceptive is a copper IUD. When inserted up to five days after unprotected sex, an IUD can provide effective contraception for five years or longer.

Myth #9: Long-term use of contraception can make it harder to get pregnant later

Fact: Once you stop using contraception, your periods and fertility will usually return to what is normal for you.

There are some exceptions. These include:

Myth #10: You can’t get pregnant if it’s your first time

Fact: Believe it or not, if the egg meets sperm then it’s possible to get pregnant, regardless of whether or not it’s your first time.