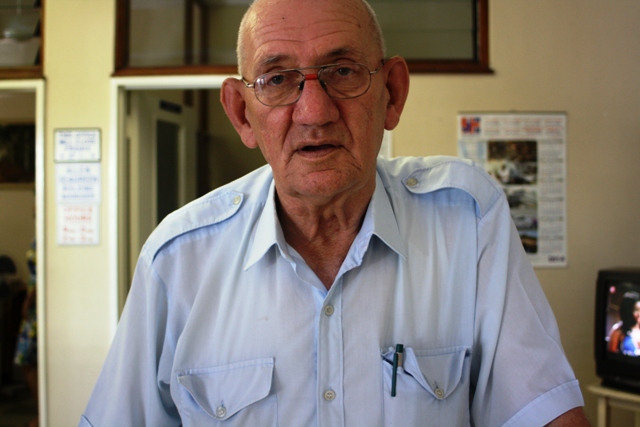 RUMANA AKOOB reflects on her time spent with elderly South Africans in Durban this week.

The thick smell of arnica oil and cigarettes clouded the waiting room on Monday morning as I waited to receive permission to talk to residents of the old age home.

I had entered afraid of what I might hear that I had been ignorant about for so long. I was afraid of writing a sad, community newspaper-type story. Over a cup of tea and cake with a lady named Joy I came to realise that that life for the elderly was not as gloomy as I believed.

Later that day, I was reassured by something Zuleikha Mayat said to me. She said that people were able to live well and were not so poor any more because of their pensions, unlike during apartheid, where social grants were not available.

One of the common grievances that came up was healthcare and the poorly-maintained facilities for senior citizens. I already knew what the system was like for the elderly fairly well. The queues at clinics are neverending, and merely enquiring about the status of your position in the queue can turn into a war between patients and clinic staff.

In April last year I visited an NGO called Respect Age International in Agra, India. I was with a group of young people from different parts of the world and we were asked to tell everyone what our country did for the elderly. One of my colleagues from Mauritius spoke about the benefits senior citizens enjoyed in his country, which included free medical attention at the homes for senior citizens.

When it was my turn and said, â€œFrom my knowledge, the government only gives the elderly a pension every month.â€ While house-calls from doctors are possibly hundreds of cabinets shuffles away, the lives of South Africaâ€™s elderly really makes one question of the priorities of government.

Besides their basic needs, the quality of life that they receive should be put into consideration.