Home Debate Corporal punishment in the home: “If we don’t hit our children they...
WhatsApp
Facebook
Twitter
Email
Print 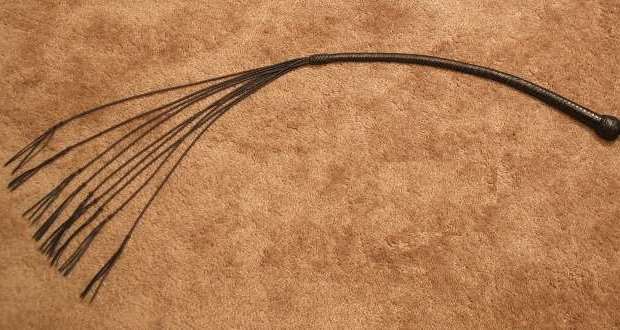 Londiwe Manqana 28, teacher, Bizana
The government is wrong, I am much against abolishing corporal punishment at home because that’s how we teach our kids. Our children will lose respect for their elders because of these rights they have. I used to get hit a lot as a child and I believe that helped me be the woman that I am today; I know right from wrong. I knew if I did something wrong my mother would hit me and I will never do it again. Even my child knows that if she does something wrong she will get spanked. The government is the government and they should focus on things like service delivery and let us parents do our work. Even if the law is passed I will continue spanking my children and I will not report my neighbours if I saw them disciplining their child, I would turn a blind eye. Skhumbuzo Miya, 30, pastor, Mgababa
I also disagree with the Human Rights Commission, kids must be spanked but not in a way that you hurt them or they have bruises. You cannot use things like your fists and sticks. If we don’t hit our children they will be spoilt. I hit my child this morning because he wanted to touch naked electric wires and I know that he will never do it again. If he got electrocuted was the government going to bury him? No, so they will not tell me how to raise my children. If you don’t hit your child they will embarrass you in front of strangers. We also grew up this way; my parents use to hit me with a damp towel and a whip. I learnt the right way from those beatings. I think we have adopted Western ways of doing things too much, spanking a child has no negative impact on a child unless you are hurting them. They’re even exaggerating it by calling it violence; I think that’s not a proper way to call it. Phumeza Mhlanga, 24, child and youth development intern, Mount Ayliff
I am not generalising or anything like that – I know most African parents will disagree with me, but I think this law will be a step forward for us as a country. We have countries like Germany, Spain and even Kenya who have passed this law a long time ago and they are doing pretty good. You cannot have a case where a child has to run away from home because of violence. In the centre where I am currently doing my internship, we have children who have run away from their homes because of violence. This thing can start as a way of disciplining a child and end up as abuse. For example, my neighbour back in Eastern Cape was trying to “discipline” her 9-year-old son, she hit him with the heel of her shoe and the boy died in the hospital three days later. Sbongiseni Jali, 29, shoe repairer, Ntuzuma
Parents know what’s right for their children but I still don’t think they must resort to violence for solving problems. My parents never hit me but they told me when I was wrong and showed me the right way by talking to me. Growing up without a beating has had no effects in my life thus far and I think hitting a child makes things worse. Talking things out is the solution, I have seen kids back in my village who were being hit growing up and now they are drug addicts and criminals and have even left their homes. Me, personally, I would definitely call the police if I saw my neighbour hitting their child. but only when the law has passed though. I am against violence in all spheres because it never solves any problem. Silindile Kweyama, 22, student, Pietermaritzburg
I feel like the government is now pushing it. It was bad when they took corporal punishment off schools, now they want to interfere with how people raise their children – it is not fair. My parents did spank me because I was a naughty child, I deserved it. And yes at that moment it felt like they hated me and I was being abused, but only later I realised they did it out of love. I am thankful that my parents hit me to show me the right way and I think the Human Rights Commission should not interfere. Sometimes you cannot reason with a child because they have not experienced what you have experienced in life so talking will not help. I wouldn’t involve myself with my neighbour’s affairs if he hits his child – that’s his business, not mine. Lungelo Blose, 25, sliding door operator, KwaMashu
I am a cultural man and I believe in disciplining my child because that’s also how I was brought up. I think the government is out to destroy our children. If this method of disciplining a child does not work, then why would they still do it? The government has lost its plot, now they want to tell people how to run their households yet they can’t even run parliament. Even the police should not be involved in such matters; these are family matters and should be treated as such. We were never taught how to talk to children because they do not listen, they get pregnant at a young age and it’s all because of these laws protecting them. Sihle Mkhwanazi, 22, Waterloo
I think this is starting to be an issue because they always come up with these laws, yet they don’t understand what we are dealing with down here. The problem is that the people who make these laws do not live in the real world. Children understand that parents have to hit them in order for them to grow and be better people in future. They should let parents do their job, finish. For decades parents have used corporal punishment clearly it has worked but unfortunately not all children will amount to something in life.