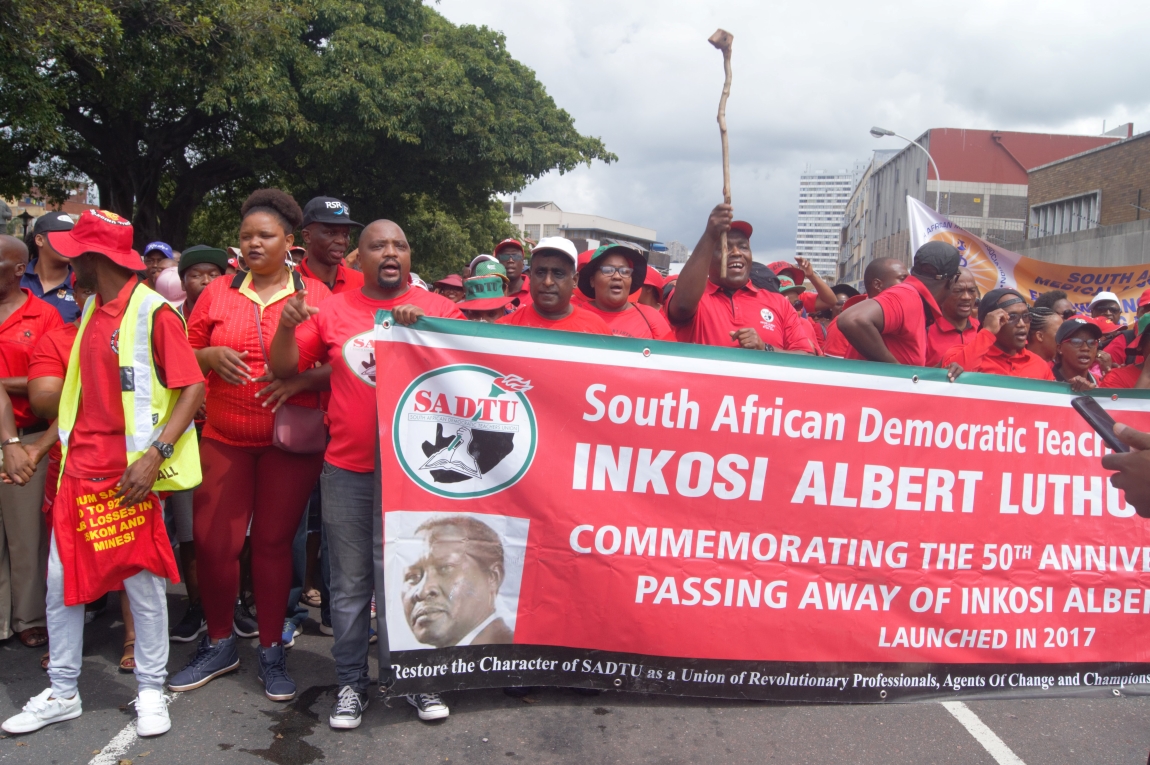 Congress of South African Trade Unions (COSATU) members on strike have called on the president to address issues faced by the basic education sector, saying educators are working under dire conditions.

On Wednesday hundreds of people marched across Durban streets to the City Hall, to hand in a memorandum of demands to the office of the premier. The national strike by the labour federation aimed at fighting against retrenchments, unemployment, racism, corruption and advocate for safety of teachers at schools, follows President Cyril Ramaphosa’s state of the nation address (SONA).

Mbali Hlengwa, an educator from uMlazi, told the Daily Vox it was high time issues affecting educators at schools be addressed.

“We are working under very difficult situations where we have to teach overcrowded classes meanwhile our fellow teachers are sitting at home with qualifications. The sector is not opening up posts and we have to bear the brunt of being overworked,” she said.

Another educator, Bheki Sikhosana (35), said teachers were working under siege as a result of unsafe schools.

“We are currently faced with the challenge of unsafety at schools because of violence from our kids. It’s not easy at all because as teachers we feel as though we aren’t protected by the government and the law is against us. It’s not easy working in an environment where you know anything could go wrong anytime, our learners are very angry. If they are not attacking each other, they are attacking the teachers. We wish the government could do something to protect us,” Sikhosana said.

Other marchers carried placards bearing various messages, including calls for an end to unemployment.

“The current unemployment rate does not even include those that have lost hope. Economic growth is impossible when more than six million people are sitting at home, struggling in poverty. If we are serious about eradicating poverty, we have to be serious about creating jobs and enhancing skills. Everyone should have a fair chance to have a job,” Losi said.