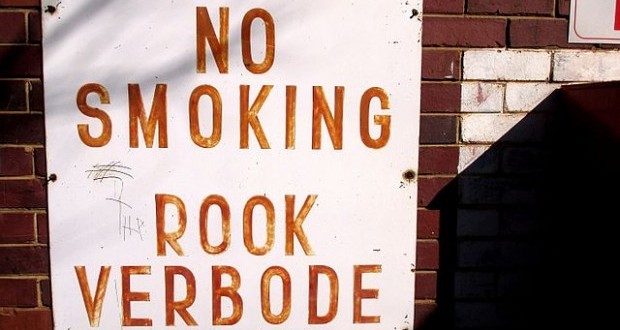 Language is one of the most important tools that are used for communication in the world and it can also be one of the most politicised spaces in society. FATIMA MOOSA went to find out whether people believe that raising bilingual children could help eradicate subtle racism and foster better understanding. Siebane Mushoni Precious, 18, actuarial sciences student
I speak my own home language, Venda, and English. I struggle but I can speak Zulu, Sotho and Xhosa. It helps to know different languages because there are some people who do not understand when I speak in English, and if I need help with something I can always communicate with them. There are older people working in shops who do not understand English. I think children should learn other languages, but I donâ€™t think it has to be from a young age because I grew up speaking my home language. But as I grew up, I went to different high schools and they taught us English. As I visited other people and different areas of South Africa, I learnt different languages. Children should learn their home language from the start but as they grow up they should open up to the world more. First, I am going to let my children be exposed to English because it is the mother language, then I am obviously going to teach them my home language, Venda and then Iâ€™m going to let them explore other languages because I donâ€™t think I will be better at those languages at that time. Alyssa, 25, BA student
I mostly speak one language but Iâ€™m bilingual because I also speak Afrikaans. It does [help to know another language], especially if youâ€™re exposed to a lot of people. I actually want to have kids that speak more than one language. I think itâ€™s so beneficial. I think in the case of a social situation youâ€™d be exposed to more cultures, because youâ€™re able to communicate with people who are not on a first language basis like English. Iâ€™m not sure learning another language will actually help with eradicating subtle racism. Maybe bilingualism would help, but I donâ€™t know exactly. Iâ€™m thinking about the way you pronounce things – if youâ€™re able to speak another language then youâ€™ll able to articulate better because you know where the sounds are coming from. But I donâ€™t know if it will do anything about racism. No, I donâ€™t think we will understand better because I think a lot of things play a part in that, like background. Iâ€™d teach my children English and my mother would teach them Afrikaans. And if I picked up another language Iâ€™d teach them that. Hemila Ramdas, 20, BA student
I speak English and I know little bit Afrikaans obviously and a little bit of Portuguese. I donâ€™t really think it will helpÂ knowing a different language. Language isnâ€™t such a big barrier. It might help knowing a different language when you go into the working world but it depends on your career field. Even if youâ€™re not in South Africa and you go overseas where someone doesnâ€™t speak the language youâ€™re speaking, youâ€™re obviously going to have to adapt to that and learn. Maybe language needs to be learnt but you canâ€™t expect everyone being able to have the resources to learn those languages.

I think itâ€™s a really good thing for children to learn another language because theyâ€™re exposed to more and if youâ€™re exposed to different ways of learning different things, cognitively it helps you in the long run. I think it will help them focus more on learning other things. I think if parents engaged themselves with their children and their childrenâ€™s work, then maybe it will help. Obviously, not everyone has the time.

I think it will help stop communication barriers, because we live in a country where everyone is a different race and everyone speaks different languages. So if people can adapt and change their languages to accommodate other people it will help and there will be less miscommunication between people. I think my knowledge of linguistics and learning a second language past childhood is very hard so I donâ€™t think an adult will be able to grasp it as much as a child will be able to grasp it. My children will learn my home language, and because Iâ€™m Indian, theyâ€™ll probably learn a couple Indian words from watching Indian movies. And if they ever choose to take another language in school. Dimpho Shooi 21, BA student
I speak Tswana because Iâ€™m Tswana, and I can understand Zulu and Xhosa, and I studied Afrikaans in school but Iâ€™m not fluent in it. And English of course. It helps with the everyday communication with the security guard at your apartment, the taxi driver on your way to school. Honestly if I didnâ€™t speak any other language I wouldnâ€™t be able to have this conversation right now. I think itâ€™s a great idea. We do have 11 so itâ€™s not acceptable for a kid to know one, you know. You canâ€™t learn all of them but you should at least learn three main ones and I guess in South Africa it would be English, Afrikaans, because you have been doing it, and Zulu. I think it will help absolutely because Iâ€™ve noticed especially with black adults, everybody wants to speak their own language. If youâ€™re a Zulu man youâ€™re going to respond to me in Zulu, even if Iâ€™m Tswana. They donâ€™t want to compromise. Maybe the younger generation we can teach them at a younger age to do that. My children are definitely going to know Tswana and theyâ€™ll definitely know Zulu. Thatâ€™s basic. Christopher Beilings, 20, BA student
I speak English, Afrikaans and a bit of German. Iâ€™d say, yes, it helps to know different languages because it helps you to connect with different people. Youâ€™re obviously going to meet different people in your life. I think itâ€™s very important for children to learn different languages from young, especially because it helps you to understand your countryâ€™s heritage. It will be an advantage because theyâ€™re going to have to learn more than one language if you want to communicate with people. Obviously itâ€™s not going to eradicate racism but itâ€™s going to help to create that medium to connect with people. Yes, it can help start a conversation about what we can do. Iâ€™ll teach my children my home language for starters and then they can find out for themselves what other languages they want to speak. Nosipho Lorraine Nxumalo, 20, BA student
I speak English, I speak Zulu and Iâ€™m learning Sotho, Tswana and Pedi. I canâ€™t differentiate between them but Iâ€™m learning. I just mix everything because it sounds the same. I think it does help knowing different languages because people donâ€™t gossip about you, but also communicating with certain people. For instance Iâ€™ve noticed like with elder people who work at certain places, theyâ€™re more open to assisting us young people if you stick to your vernacular language. So it helps to kind of scan, if sheâ€™s Tswana, if sheâ€™s Sotho. Even if you donâ€™t know Tswana, you can at least speak your own vernacular, it kind of helps. Because you get people who are quite sceptical about the whole idea of black kids speaking English. I really think itâ€™s beneficial. I donâ€™t know but I also think it does something for their IQ because clearly you able to grasp all those different languages.

Also, with South Africa being such a diverse nation, you would question why people stick to their own languages when thereâ€™s so many languages in one place. Iâ€™m against the whole idea of people just knowing English and Zulu only. I think it also helps with breaking boundaries so we donâ€™t have segregated groups. Letâ€™s be a bit realistic. Out of a day, how many hours do kids spend at home? Half the time youâ€™re with people of different races and languages. I think we still have racial and ethnic problems in South Africa because we really donâ€™t know how to communicate with each other. I had no background whatsoever in English and youâ€™ll come here with English, so we wonâ€™t really have a mutual understanding. Â I would try to teach my kids Zulu because thatâ€™s my home language and something outside Nguni, like your Sotho, Afrikaans here and there. And the rest they would choose but I would them to be open to the idea of knowing other languages.

Voxes have been edited for brevity and clarity.
Featured image via Wikimedia CommonsÂ