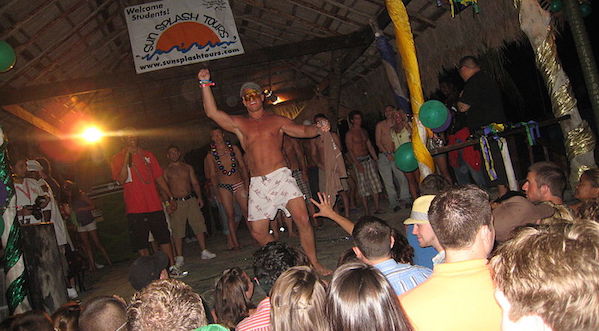 Matric pupils finished writing their final exams last week, and many have headed down to the coast to celebrate being done with school by going on “Rage“, the South Africa equivalent of Spring Break. Capetonian teens are flocking to Plettenberg Bay for ‘vac’, while those from inland towns head to Ballito and Umhlanga in Kwa-Zulu Natal. But what really goes on when all these teenagers are into one place without much supervision? Plenty of scandalous things, apparently.

1. Things are breaking
Besides the usual injuries which can result from too much partying, can be almost 100% certain that things will get broken. There will be the inevitable fights with bouncers outside clubs, drunk people will be throwing things and breaking furniture because drunk, and someone is going to have to foot the bill. (Probably you.)

2. It’s more expensive than you think
You should know that your offer for emergency cash if needed is going to be taken up very soon. Things are very costly and when your child is in a party mode, they’re not always going to be tracking expenses and budgeting responsibly. Just paying for the entrance to parties and events, can set you back anywhere from R750 to R1800. In between this and accommodation, petrol, food, drugs (yep), alcohol, paying for the furniture that’s going to break and transport, there is no possible way that your child will survive on R200 a day.

3. Sex … Lots of sex
Pharmacists in Plettenberg Bay have reported an increase in the sales of condoms and the morning-after pill during the first week of December. Everyone is losing their inhibitions, and things are going to get wild. If you haven’t yet had “the talk” with your son or daughter yet, now might be a good time.

4. They are going to be drunk more often than not
People at Rage will buy enough alcohol to kill themselves. You can count on this. Just make sure your child keeps their medical aid card on them in case they end up passed out somewhere dodgy.

5. Your kids will lie to you when you ask if they’re okay
The average 18-year-old is not always capable of making the most responsible decisions, and when they slip up (which is likely) they will most do their best to cover it up. *Sarah’s friend’s mom called her to ask if she was okay and settled in on her first night in Ballito. But she and her friends had gotten their dates wrong and didn’t actually have accommodation that night. But she didn’t tell her mother that. Instead they slept on the beach. Her mother still has no idea.

All jokes aside, matric vac is just a prelude to the way your relationship with your child is going to go as they head off into the world of work and study – you can advise but you cannot enforce. Although, they will probably still call you up every time they run out of money.