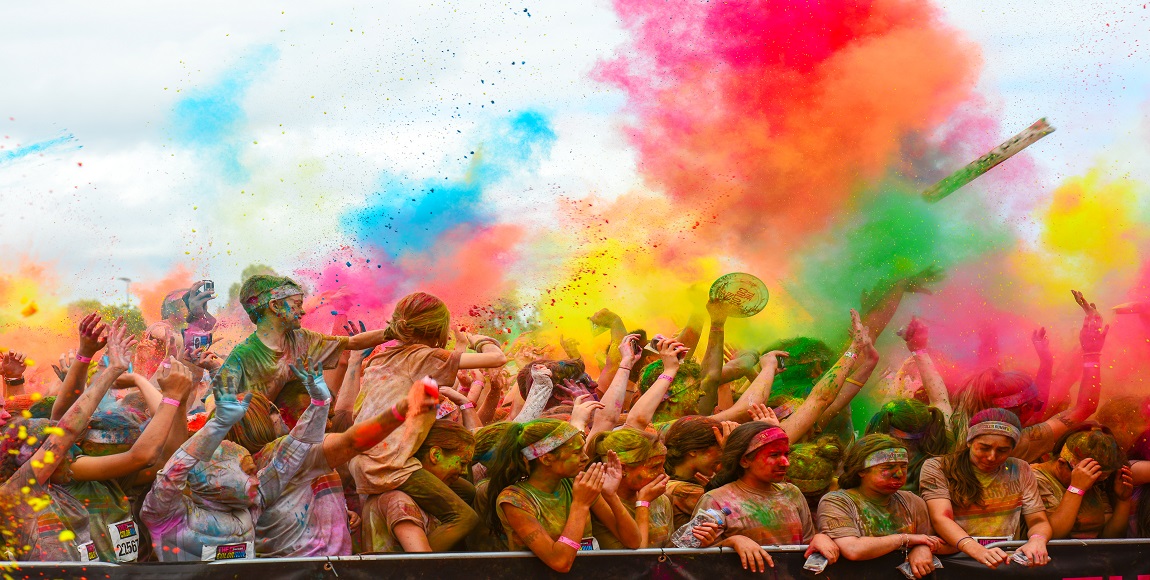 I prefer markets over malls. I like knowing the woman who hand-crafted my bracelet or the man who lovingly constructed that shwarma for me (with extra hummus). Itâ€™s more personal – and satisfying. So itâ€™s no surprise that I found myself at a little market over the weekend.

It was no different than any other market I had visited before. Itâ€™s a mish mash of cultures from all over the world, borrowing a little bit from everybody to create the new cool.Â Whatâ€™s not to love?

A little bit of Japanese zen, reiki healing and the Chinese yin yang motif, flowing dreamcatchers and colourful feather jewellery from the Native Americans, winding jewellery depicting the Middle Eastern hand of Fatima and the Turkish talisman – the evil eye – and of course bindis, Ayurvedic healing, intricate â€˜hennaâ€™ tattoos and yoga practice all from India.

This could have been an exercise in diversity – except for the fact that all of this was being bought and sold by white people. The more I tried to ignore it, the more vexed I became.

Cultural appropriation is a tricky thing because itâ€™s steeped in power dynamics. It involves a dominant group (in this case, white people) exploiting the culture of less privileged and often marginalised groups, ignoring their context: be it traditions, history, or lived experience. Cultural appropriation highlights the power imbalances between those that are represented in the majority and those who have been historically marginalised.

Itâ€™s inescapable with the Kardashians and Hadids wearing bantu knots and cornrows – appropriating blackness – or Katy Perry performing at the 2013 American Music Awards in â€˜yellowfaceâ€™.

Actor Jesse Williams called Hollywood out on its appropriation of blackness in his powerful speech at the BET awards last year.

â€œWe’re done watching and waiting while this invention called whiteness uses and abuses us, burying black people out of sight and out of mind while extracting our culture, our dollars, our entertainment like oil – black gold – ghettoising and demeaning our creations then stealing them, gentrifying our genius and then trying us on like costumes before discarding our bodies like rinds of strange fruit,â€ he said.

I wondered if the chatty white lady selling jewellery knew that the bindi in the centre of her forehead is a cultural symbol and mostly a signifier of marital status for Indian women. The bindi is placed in the centre on the forehead – the third chakra – which is the point of higher consciousness and hidden wisdom. It is not something cool that Vanessa Hudgens wears to Coachella.

I wondered if the guy on the lawn practising yoga knew that shouting, â€˜Namaste bitchesâ€™ after doing a handstand is offensive not only because â€˜Namasteâ€™ is a sacred Sanskrit greeting but because he wasnâ€™t even trying to pronounce it properly. Also, bitches? Really, bro?

Perhaps the worst thing about cultural appropriation is the way it erases the meaning and cultural significance of an adornment or a practice – and then profits from it. The privileged are allowed to borrow and normalise cultural elements of a group while that group is often demonised and excluded because of that very cultural element.

The world is constructed on Eurocentric standards. When white women adorn their bodies with mehndhi – thatâ€™s the actual name for what you call â€˜hennaâ€™, by the way – or wear nose rings, they are edgy because theyâ€™re going against a Eurocentric norm.

But hereâ€™s the thing. A culture is not an aesthetic. Itâ€™s not something with which you can adorn yourself with and then remove to create or support your edgy/alternative/hippie/hipster persona. A culture is not a garment to be discarded. Itâ€™s not a trend that comes in and out of fashion every season. Itâ€™s certainly not a business opportunity for you to exploit at will. It is a lived reality, steeped in generational tradition and passed down for centuries. Itâ€™s easy to play dress up with these identities by which you will never be burdened; to remain blissfully unaware of the origins of the cultural element and the struggles people who belong to that culture have experienced at the hands of Western society to keep it.

And I get it. Sometimes itâ€™s unintentional. You want to wear something or do something because itâ€™s exotic and pretty and trendy. Or because you feel like you somehow identify with it. You want to sell a product or the service for similar reasons. But you are not entitled to someoneâ€™s identity.

You feel that if white people wear our cultures, it will normalise them. But see, itâ€™s not up to you to normalise our cultures, especially when you often misrepresent them by performing its stereotypes. Indian culture is not just cooking with garam masala, wearing a maang tikka, practising yoga and saying â€˜Namaslayâ€™. It would be better if you learned about or just respected our cultures instead.

Cultural appropriation is problematic for a number of reasons. Taking elements of a culture to sell or support your aesthetic without having the entire cultural experience (marginalisation and all) trivialises historical oppression that people of marginalised identities experienced. It perpetuates racist stereotypes without you having to deal with their consequences.

I see you wearing a â€˜hennaâ€™ tattoo on your body at music festivals when, two days ago, you complained of the pungent aroma of the curry your Indian colleague brought for lunch.

Thereâ€™s a difference between cultural appreciation or cultural exchange. Context matters; with cultural exchange there is a lack of power dynamics at play and itâ€™s reciprocal. At the same time, itâ€™s a free world (for some).Â Most people are free to express themselves in whichever way they desire. The marginalised do not have the institutional power to force the dominants to stop borrowing their culture. But why would you willingly wear something or sell something when you simply do not have the ability to maintain the sacredness of its tradition?

We have a long way to go in healing the oppression of the past through the present. Weâ€™ve got to change the norms and standards that dehumanise, erase, and ostracise people of colour. Â Itâ€™s important to be mindful and respectful of cultures that are not our own, to consider our contexts and our positionality.

It starts with little things. Call your friends out on their appropriation. Change the theme of your party because Mexican is not a party theme, itâ€™s an entire cultural entity that is more than nachos, sombreros and tequila. Think twice before selling bikinis made of scraps of an old saree at a market, wearing a bindi to a festival, or posting a picture on Instagram that says â€˜Namastay in bed all dayâ€™.