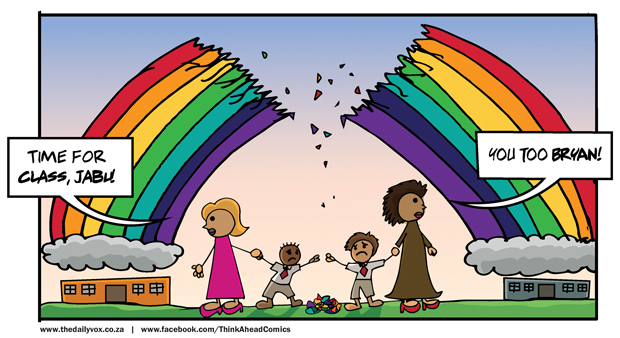 The Curro School saga â€“ which came to light last week when it emerged the Roodeplaat branch of the school was segregating black and white children into different classes â€“ continues, with the school officially apologising for its actions on Monday. But Lorraine Makwange, a 39-year-old parent at the school, told AAISHA DADI PATEL that the events of the last week havenâ€™t really surprised her.

Iâ€™m a black parent. My younger daughter is in grade five at Curro Roodeplaat, and my elder daughter completed her primary school there. I hadnâ€™t even heard about the segregation policy until the parents wrote that letter.Â But I knew about other racist things that had happened at the school.

Last year a white boy called a black child the K-word and the N-word. The black child was brought in and disciplined for encouraging the fight â€“ they said that he listened to rap music with that kind of language (the N-word). From what I heard from the kids, the white boy never got into trouble. But the black one was blamed for wanting to start a fight.

I think theyâ€™re really trying to divide the classes. Thereâ€™s already a divide between the English and the Afrikaans speakers and I saw this last year when the grade sevens had their farewell function. My daughter was in grade seven last year, so I know about the experience first hand.

At that point, I felt the principal should have come in and said: â€œNo, we are not going to promote division here, if thereâ€™s an issue letâ€™s resolve it.â€

Now the school goes further to want to separate the English classes into racial groups when this English/Afrikaner divide already exists. Itâ€™s definitely a racist ploy: it’s wrong and it should be discouraged so that the kids know that theyÂ can be peersÂ and alsoÂ friends.

My elder daughter is in grade eight and at high school now. She says she really isnâ€™t surprised that this is happening there – she told me white Afrikaner girls used to have divisions with white English girls at the school all the time.

There is so much division and unfortunately the principal is not able to manage it; he does not promote unity. Thereâ€™s division in everything from the parentsâ€™ meetings to assemblies â€“ the kids are told that if they donâ€™t understand things in Afrikaans assemblies they must just ask their Afrikaner peers.

Iâ€™m not happy about it but I still have a daughter who has three years to go at this school. This is the only private school in the area â€“ where else are we supposed to send our kids?

Curro has apologised for the incident and says that it â€œwill be working with parents to find out where the problems are and use their feedback to redivide the classes.â€ The school also says it was â€œwhite flightâ€ that had prompted the incident in the first place.