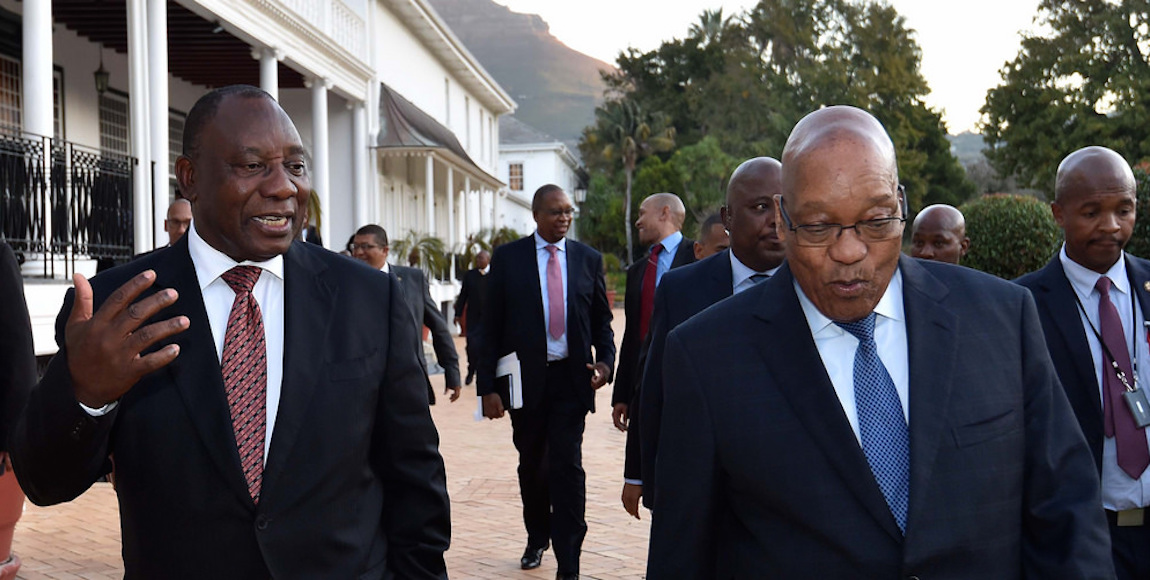 The Daily Vox spoke to political analyst Ebrahim Fakir, the director of programmes at the public policy institute ASRI, on the position newly elected ANC president, Cyril Ramaphosa, faces in balancing his commitment to rooting out

1. What do you believe are the immediate priorities for Ramaphosa as president of the ANC?

Firstly, Ramaphosa has to deal with is the false dichotomy that any effort to deal with people who are perceived to be corrupt – by taking disciplinary action or launching commissions of inquiry – will undermine unity. The pressure here is that outsiders are watching whether he can be taken at his word, so that he doesnâ€™t erode his own credibility, and does some of the things he promised he would do in the ANC and state – clean up corruption, rehabilitation, deal with problems in the SOEs and basically think of a way to steady this wayward ship.

The second is dealing with the conundrum of whether he can do these things while risking undermining unity and the possible fracture of the ANC, but also risking the position of stability he governs under. So forget any question of split within the ANC, thereâ€™s a less obvious concern that if he pisses people off [within the ANC], how does he rely on them to run not just the party but potentially work under him in government. The risk is that heâ€™ll constantly be operating in an environment of fear, suspicion and backstabbing by working with people who are against him – heâ€™d have to be constantly watching his back. This would impede his ability to run the party and an effective government.

The third is dealing with the commitment by government to fund the numerous commitments that have been made over the last few years, including the usual budget, under a revenue shortfall. He has to do this while the revenue collection agency is in shambles and the rest of public services is floundering. Education is floundering, they have no idea what to do – not only because of free higher education but also in primary education.

The fifth challenge he faces is stamping down his authority as president of the ANC. He has to get the top six on his side. Heâ€™s got to get the majority of NEC members on his side.
He has to think about what order he prioritises all these issues, because everything is mess. Thereâ€™s this whole unvirtuous cycle both within the ANC and the state – so what must he choose to do?

2. Do you think itâ€™s important for Cyril Ramaphosa to have President Jacob Zuma removed from office? If you were in Ramaphosaâ€™s position, what would be your reasoning for wanting Zuma to remain?

Heâ€™s not going to do it. If we ask where heâ€™s going to place his bets, weâ€™ll never know because heâ€™s never going to overtly indicate, â€œI want the president gone.â€ He really canâ€™t do it given the options in front of him.
If you were the president of the ANC today, would you come out and say you want uBaba gone? Given the condition that exists for him – youâ€™ve got a slim majority, a balanced NEC thatâ€™s not in your favour – what are you going to do?

Weâ€™ve also got to be realistic, this man is a creature of the ANC. He has been in government all of this time and he did absolutely nothing. Every time the finance ministers were changed without consulting the ANCâ€™s top six, he was there. When the bad contracts were made with the SOEs – whether it was the Guptas, the New Age, buying the wrong trains and all the dodgy contracts in SOEs – this man was in cabinet. Every time the Waterkloof and Gupta nonsense happened, Ramaphosa was deputy president.

These are the biggest concerns about whether we can take this man at his word on rehabilitation. So weâ€™ve actually created this hype, he only played it to campaign for the position in the ANC. So I think heâ€™s a creature of the ANC and heâ€™ll function as the ANC expects him to.

3. What do you think are the best possible routes for Ramaphosa to address the problems both inside the ANC and in the state?

We have misplaced hopes, Cyril is not going to be able to do anything meaningfully, because heâ€™s just so constrained. But if he restores confidence, at least medium-term changes in the economy – so some economic growth and reduction in unemployment – he could use that as a point not just to reestablish trust with the private sector, but also as leverage to deal with structural problems with the ANC and state at lower levels but also within the economy.

Editor’s note: This interview has been edited for brevity and clarity.