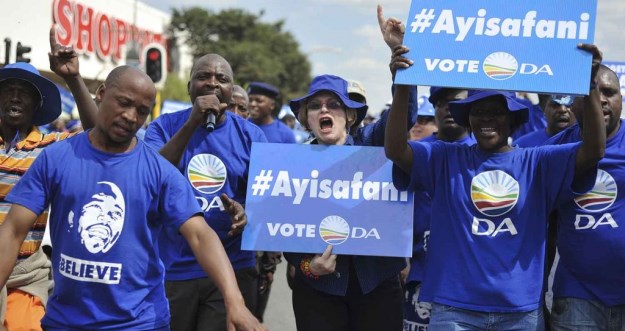 From the look of these text messages (which we’ve redacted) you’dÂ think this councillor inhabits a parallel universe. Alas, it’s only a small, affluent pocket of Johannesburg. And it says something about how terrible ward councillors generally are at communicating with their communities, that this kind of communicationÂ between councillor and community is actually quite rare. By the way, this is a small selection of the rather more interesting messages sent by the councillor. TheseÂ messages doÂ show a rather curious take on the job of a councillor.Â

We begin with this message from March 2015.

Look, we’re all about cutting carbon footprints, and driving around Jozi to print documents sounds like it’sÂ harsh onÂ the environment, never mind a nuisance. Fortunately, this industrious public servantÂ has marshalledÂ the petition-signing powers of the ward to move the printer to his home. Who uses the cycling lanes? This councillor does! Or, he wants to. Please buy him an electric bike. Kthnxbye. (Editor’s note: It has been brought to our attention that the councillor suffers from a leg injury and thus theÂ need for an electric bike.) Now remember kids, always ignoreÂ the car guards. They’ll steal your car. Or get you in trouble with the JMPD. So, before we get ahead of ourselves reflecting on the profile of the typical DA voter in Jozi’s northern suburbs, here’s the councillor’s own take on who ANC voters are. According to the wisdom received in the blue house, ANC voters in Johannesburg don’t pay for basic services.Â ðŸ˜ Want to spread Yuletide cheer and give to those who do you a service all year round? Please don’t. Parks Tau, for those of you who don’t know, is the mayor of this great city. And he is a really bad guy, according to DA councillor. Everything is his fault. Everything. Blame it on him. Garbage piling up? No one is better equipped to deal with the Pikitup protests than DA mayoral candidate Herman Mashaba – yup, the same guy who said that poor people cannot be leaders. Straight from DA Councillor’s mouth – we couldn’t make this stuff up even ifÂ we tried.

How does your ward councillor communicate with you, if at all? Tweet us @thedailyvox or tell us in the comments!