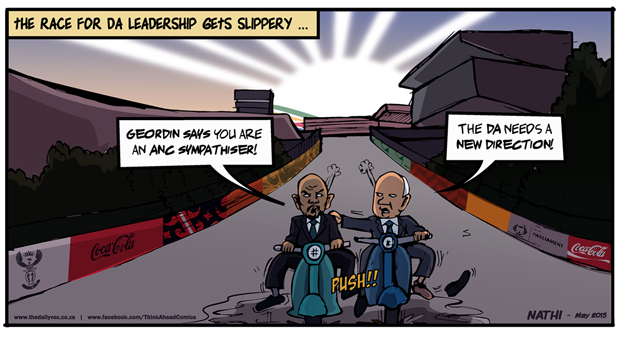 The DA leadership race between Mmusi Maimane and Wilmot James â€“Â to be decided at the partyâ€™s elective conference this weekend â€“ has attracted its fair share of controversy.

First there were the sex scandal allegations; then the TV debate, where Maimane called for a referendum on the death penalty (despite the unconstitutionality of this move), a position he has since flip-flopped on; and then a spat started by Maimaneâ€™s campaign manager Geordin Hill-Lewis, who seemed to think Jamesâ€™ political affiliations during the struggle counted against him.

Add to this a last-minute court application that forced the SABC to broadcast the conference, and veteran journalist Allister Sparksâ€™ ill-considered remarks this morning, when he called architect of apartheid Hendrick Verwoerd â€œsmartâ€, and viewers are glued to their seats and bringing out the popcorn â€“ despite the otherwise pedestrian nature of a race that Maimane looks set to win.