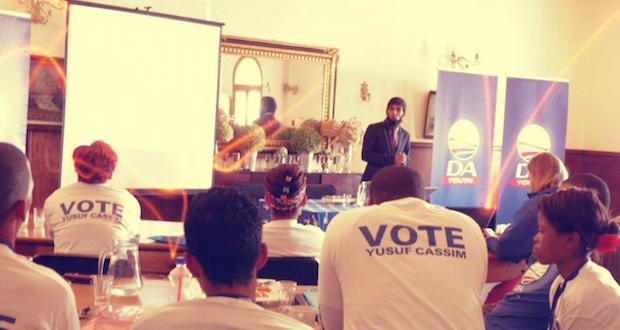 The Israeli embassy in South Africa wrote to airport officials at Ben-Gurion International Airport in Tel Aviv, Israel earlier this month asking them to be nice to bearded, Muslim Democratic Alliance MP Yusuf Cassim. But for what purpose did the DA members visit Israel? AAISHA DADI PATEL reports.

When asked about the letter, addressed to Israeli border security â€“ which has been accused of humiliating foreign dignitaries, in particular blacks and Muslims in the past, the DA shadow minister of International Relations Steven Mokgalapa said via telephone that the letter had been issued by the Israeli Embassy and the DA â€œdid not know the contents thereofâ€.

Speaking on Radio Islam on Friday morning, Cassim said himself that the letter he carried was in Hebrew, and he did not understand its contents.

According to the Israeli daily Haaretz, the deputy ambassador of Israel to South Africa, Michael Freeman, wrote a letter to Israeli airport officials entreating them to treat â€œMr Yusuf Cassim with generosity and respect during the security checks. Please pass it along to all security officials to check Mr Yusuf Cassim in a way that will leave a good impression and preserve the good relations between the DA [Democratic Alliance, Cassimâ€™s party] and Israel.â€

Which still leaves the question, what was the DA doing in Israel anyway?

Steven Mokgalapa, the DA shadow minister of International Relations, says that DA MPs were visiting Israel for educational purposes. â€œThe DA members of parliament were invited to Israel by the South Africa-Israel Forum (Saif) on a study tour of Israel to learn and understand the conflict in The Middle East.â€

Cassim saidÂ his trip, undertaken with a cohort of other DA MPs, was for the purpose of developing the DAâ€™s Middle East policies.

According to Cassim, the DA does not currently have a policy on the Middle Eastern conflict and the purpose of his trip there was to gather information in order to create policies. The DA has in the past, however, maintained that it advocates for a â€œtwo-state solutionâ€Â in the Middle-East conflict.

Cassim, who is the country’s youngestÂ MP, as well as the DAâ€™s Federal Youth chairperson, said the DA relied on funding from lobby groups to conduct its research trips.

â€œThese trips are expensive,â€ he said. â€œBut I don’t think that it matters which way you go in, only that you can get in.â€

He added that the DA had undertaken a similar trip to Taiwan late last year.

Pressed by the Radio Islam interviewer Suliman Ravat, about whether he would embark on a similarÂ trip with a Palestinian lobby group, CassimÂ saidÂ the DA would needÂ to go back to Palestine as there is â€œa lot more to see on the groundâ€, and would welcome sponsorship from another lobby group.

â€œI want to make sure that we go and see the Palestinian side as well, and the realities on the ground.â€

The accuracy of such a research trip could, however, be debated when the researchers are carrying letters that entitle them to superior treatment.

Cassim, however, deniesÂ that he received special treatment due to the letter.

â€œI would never have accepted the letter had I known what it meant,â€ he said.

Cassim said he had presented it at the airport on his way out of Israel after enduring an instance of â€œracial profilingâ€, for which Israeli border control is notoriously known. Cassim then called the Israeli ambassador to South Africa, Arthur Lenk, who assisted him.