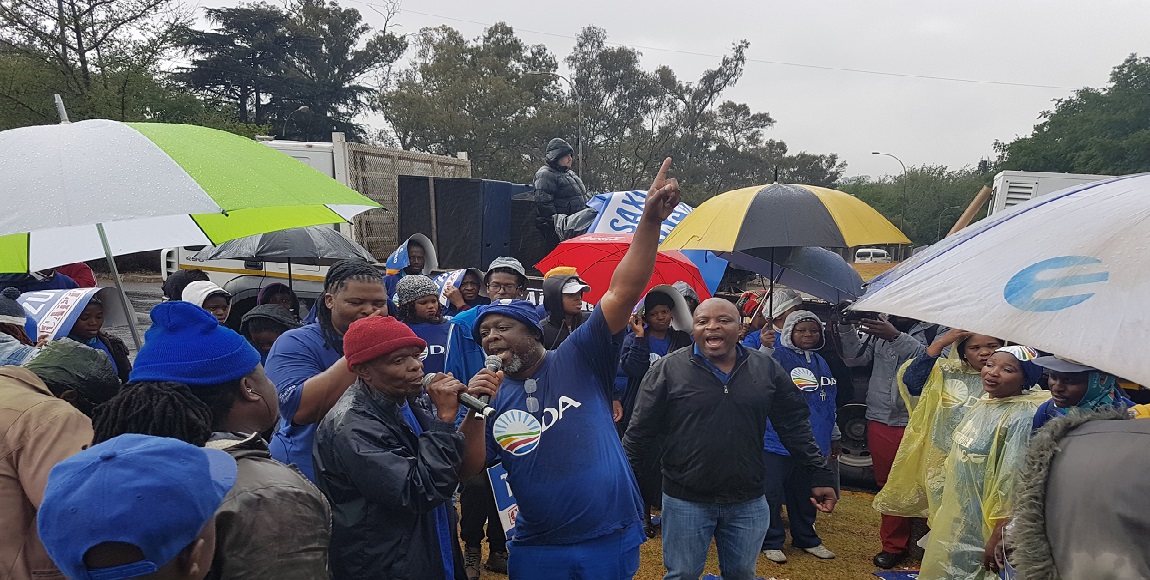 The Democratic Alliance (DA) marched to the Gupta compound in Saxonwold, Johannesburg, on Thursday morning to protest against state capture and corruption, which was kind of surprising given their previous views on this issue of marching to peopleâ€™s homes.

Today, we protest #StateCapture. We must free our country from this corrupt system that continues to oppress our people. pic.twitter.com/sciygMC2fz

The DA said it was marching to the Gupta compound because it is the headquarters of corruption in South Africa.

Party leader Mmusi Maimane, who attended the rain-soaked event, called for a commission on state capture and for the arrest of President Jacob Zuma and the Gupta family, widely perceived as Zumaâ€™s patrons.

“We want this #StateCapture commission set up. We want to see a minimum sentence of 15yrs for corruption!” – @MmusiMaimane #DAMarch

I find these actions outrageous and dangerous. Whatever the issue, marching to some1 house is wrong and dangerous https://t.co/SFnEzL55YS

We werenâ€™t the only ones asking how the DA leader can condemn a protest march to the home of a DA politicians one year and then lead a march to the homes of private citizens and still claim to be balanced.

This is what Mmusi said about Equal Education last year.

Hawu Mmusi what has changed? Itâ€™s being reported you are marching to Atulâ€™s house https://t.co/oax3PVL4G2

When will people learn not to underestimate #filestwitter?