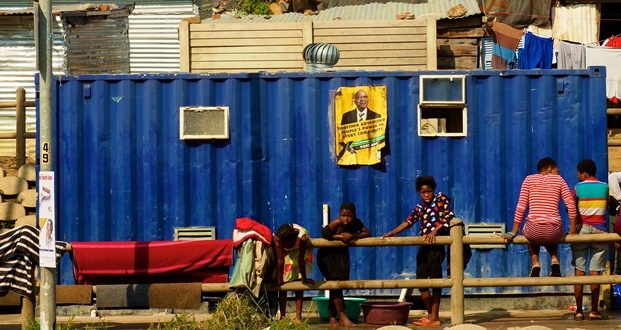 Wandile Ngcaweni feels the DA is the vanguard of white privilege in South Africa, and is not a viable alternative to the ANC.

The rise of the Democratic Alliance (DA), as an encampment of white privilege, and the political home of the home of the worst self-righteous, racist bigots, is worrying. It is seriously worrying, especially considering that itâ€™s the DA thatâ€™s been touted as the long-term alternative to an increasingly factious ANC.

I think the search for an “alternative” to the ANC shows ignorance of our history, bordering on apartheid amnesia. Many young people fed-up with the status quo sought to teach the ANC a lesson at this yearâ€™s municipal elections. Whether indeed the ANC will learn anything remains to be seen. I am however concerned in our moves towards the DA as an alternative to the ANC.

For me, the DA became the political home of people who taught themselves to bottle up their racism after 1994. It was wishful thinking from the ANC then, and our parents, that racism would miraculously disappear as soon as Mandela took over the reigns of the country.

The folly of our elders is that they believed constitutional democracy would eradicate structural racism. And the DA has been able to take advantage of this.

The policies of the DA are evidence of the anti-black sentiments white people hold through this organisation they religiously identify with. Their policies have not changed much since Tony Leon, even with a black person at the helm – their land policy is ever more wishy-washy, they reject simple proposals like the necessity of the national, minimum wage because the voters of the party only feel at home when they know white privilege is maintained at the cost of black obscurity.

Black faces in the DA leadership are not a threat to the party. In fact,Â they serve as a temporary fix to the bottled-up racism. Once in a while, it becomes too hard for the white “minority” to push down their racism, they slip up and we behold their true selves.

Those of us who have warned against blind loyalty to the party, never rejoice to the “slip-ups” because as black people we understand the repercussions of living in a racist society. The party is the home to an overwhelming majority of white people and as we know racial prejudice in a colonised state becomes inherent. That is why until the DA fully commits to a decolonial agenda, the party and its white voters won’t shake off their racist tendencies.

It is easy for the DA to distance themselves from racist rants of their members in good standing like Penny Sparrow and MPs like Dianne Kohler-Barnard. But when the former leader of the party and Premier of the Western Cape expresses disgust and intolerance to young black students seeking decolonial justice at a university based at what fallists refer to as the “Cape Colony”, the partyâ€™s real colours show. The logic is if Helen can say students who are fighting for justice for black people are annoying and should be kept out the institution, she is a racist reflective of her party. Since her claim to fame and political legitimacy is being a sympathiser to black pain by reporting on Bantu Biko’s death, did she not find his “wokeness” uncomfortable?

What does she say about black empowerment at DA policy meetings? What do all the white founders of the party say to Mmusi Maimane when he proposes pro-black governance (assuming he does) for the party? I know the answer.

Maimane doesÂ not have the meaningful capacity to challenge their racism without committing political suicide. Young South Africans should know that the neo-liberal DA can never be seen as an alternative to a revolutionary liberation movement.

Even the Economic Freedom Fighters (EFF) would’ve been a better “alternative” because at least they offer self-assisted land policies.

The ANC needs serious introspection, as noted by its deputy president, when it comes to its policies, politics and systems of patronage. But that introspection needs not to be led by the very people who are the problem and those who are complicit in leading this disaster of a government. Cyril, as Zuma’s deputy, is in no position to come with tunes of ANC self-introspection. A total review of political choices and government decisions taken since Codesa till now is in order.

The current ANC, in maintaining celebrity ministers have forgotten that the liberation movement belongs to the people, not its executive members. The ANC needs to live up to its revolutionary credentials and promises and forever inspire a review of itself. The Freedom Charter cannot be ignored any longer.