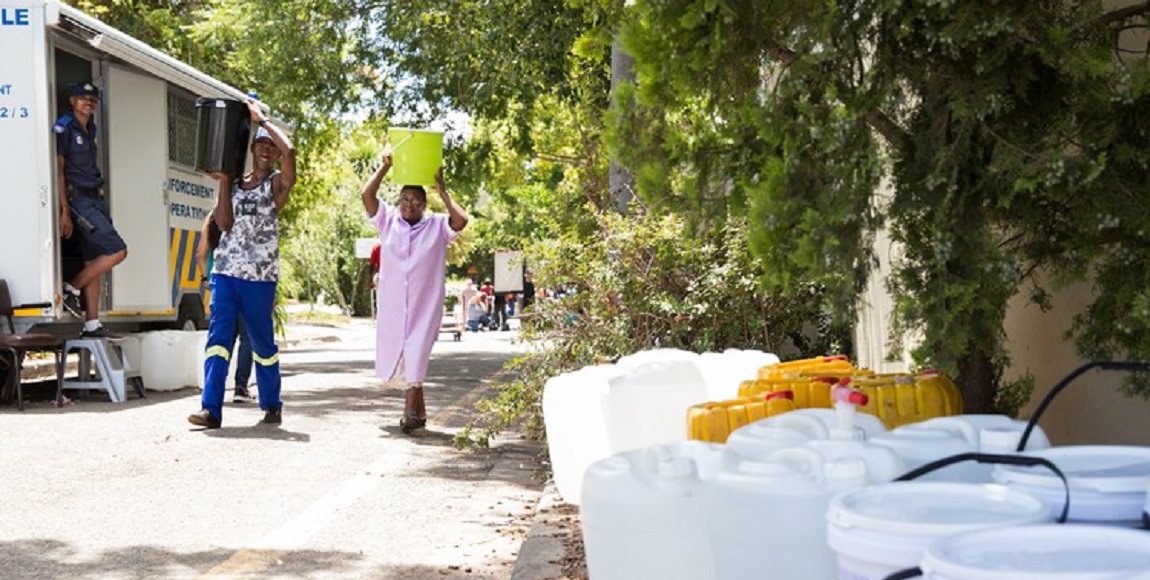 The City of Cape Town has managed to push back Day Zero, the moment when municipal water supply would be cut for most households and businesses to July 9. However, despite the date being pushed back, Day Zero is still very imminent. Many extraordinary measures have been introduced in anticipation of the day. However, some of the measures being instituted by the provincial and local government in the Western Cape could possibly have adverse ecological effects. The Daily Vox team takes a further look.

In anticipation of the approaching day, the City has employed and looked at many different measures to try and boost their water supplies. Some of the options looked at have been desalination of seawater, reclaiming wastewater through the purification of sewage, and tapping underground water aquifers.

It is the last one, which includes the drilling for water in the underground aquifer that is reportedly posing a bit of a problem. There have been reports that various municipalities have been destroying fynbos and other vegetation in order to make way for the drilling into the aquifers to take place.

Jasper Slingsby, an academic and ecologist from the University of Cape Town, wrote for GroundUp that municipalities in the City of Cape Town, in their rush to increase their water supply, are threatening the biological diversity of the country. He writes that the water extraction from the Table Mountain Group Aquifer could threaten the diversity of the biodiversity. Slingsby says further that these local municipalities have been breaking environmental legislation in order to accomplish this.

According to the 1998 National Environmental Management Act, sustainable development requires that relevant factors like the disturbance of ecosystems and loss of biological diversity should be avoided, the disturbance of landscapes and sites that constitute the nation’s cultural heritage should be avoided, and that the development, use and exploitation of renewable resources and the ecosystems of which they are part do not exceed the level beyond which their integrity is jeopardised.

According to Slingsby,Â the exemptions to regulations have been granted through Section 30A of the Act. This section states that in the case of an emergency or to prevent an emergency, a competent authority may carry out proposed measures to prevent the situation. Since the current situation happening in Cape Town has been regarded as a disaster, this section qualifies. However, Slingsby says that even though the bulk water augmentation has been granted through this exemption, this does not mean a â€œlicense to killâ€.

There are currently three groundwater abstraction projects that, if they were providing water at their peak, would be able to collectively supply around 150 million litres a day (MLD). The aquifers are the Cape Flats aquifer, the Atlantis aquifer, and the Table Mountain Group aquifer.

The Cape Flats aquifer is supposed to produce up to 83 MLD with the Atlantic and Table Mountain Group aquifers expecting to produce around 34 and 50 MLD respectively.

With Day Zero delayed but still approaching, municipalities in the Western Cape area have been rushing to try and stave off Day Zero. This has resulted in hasty development in the form of drilling boreholes and developing roads. All of this could have very significant impacts on the environment.

In Stellenbosch, the Bolander has reported that the municipality began drilling next to the Eerste River in the Jonkershoek Nature Reserve. Residents living nearby have reported that sludge and residue from the drilling has been falling into the river, which could have devastating effects on the environment and the ecosystems of the river.

On 28 February, the Bolander published a piece where they reported that despite efforts to get details on the clean-up operation of the sludge in the river, the municipality had not been forthcoming on the details. Additionally it was found that there was very little actual clean up of the river taking place.

Five academics from the University of Cape Town including Jasper Slingsby along with William Bond, Nicky Allsopp, Ed February, and Adam West wrote an open letter to local authorities with a statement of concern about the management of environmental effects relating to water abstraction from the Table Mountain Group and Cape Flats aquifers. Their main concern is that the drilling could affect the Table Mountain site, and additionally lowering the water table through abstraction could harm the dozens of wetland species.

The letter points out that there are two main problems: the immediate effects of the drilling operations which affects the ecosystems and water quality, but also the catchment area in the long term. The second issue is the long term effects is the potential impacts of long term aquifer abstraction which is if the catchment area is affected then the vegetation and freshwater ecosystems could be altered.

“The City has a significant amount of research that’s been done over the last 10 years or so, giving us a great understanding of the aquifers and where they exist and what risks there are when these sources are tapped into. […] And we believe all of these things combined, as well as the City’s focus on replenishing these aquifers, will also ensure that we safeguard these water sources,” she told News24.