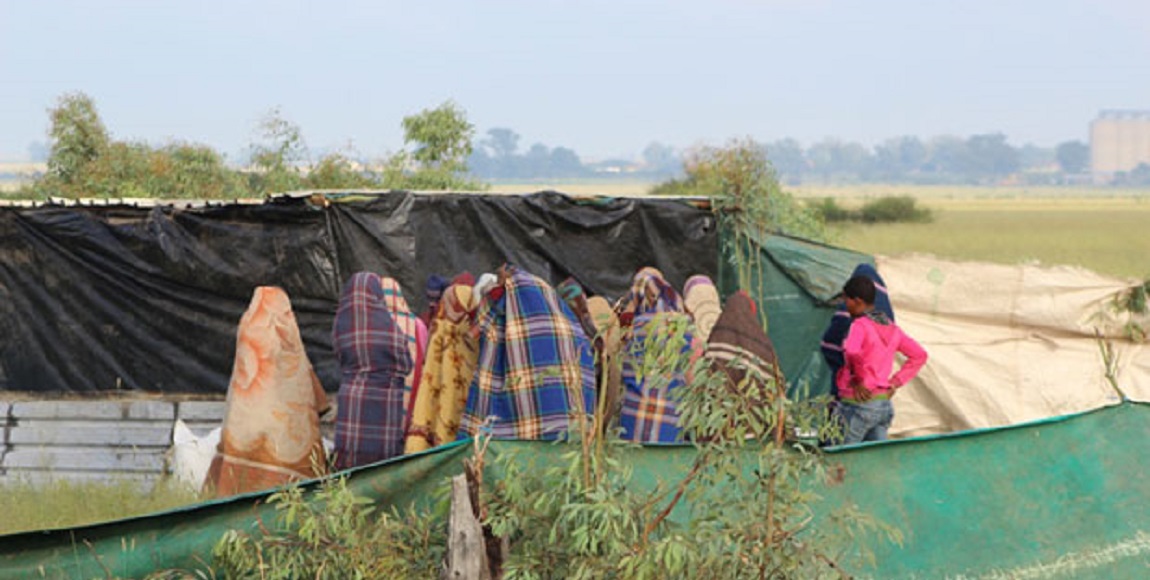 While society has come a long way in being less discriminatory towards queer bodies, spaces like rural areas seem to be more reluctant still to accept this marginalised group. With initiation season upon us, many young men will have to go home to rural areas to help with initiation preparations. Some of them are also gay men who struggle to adjust to these environments. Sibongiseni Mthungatha, a 23-year-old gay man from King Williams Town in the Eastern Cape, says he is struggling with finding balance between the duties expected of him as a young man during this season and having to deal with the discrimination he faces because of his feminine appearance.

It has never been easy being a black gay man in the rurals. You grow up in a space that is really toxic and harmful towards you because of your sexual orientation and you have to dilute yourself and seem more masculine and not feminine. Spaces like rural areas view culture, religion and the moral roles of men and women as important. So when you’re there and your identity and sexual orientation go against these moral roles and culture, you become an enigma.

Itâ€™s initiation season now and as a young man, I have to help take care of young initiates at initiation school. But it has been difficult for me; it has always been difficult for me. Growing up, I was always teased for being feminine, so I learnt to try to change that as I grew older because I could not stand the mockery I had to endure from the other boys in the area. It was even more scary when I had to go to initiation school back in 2013. I hated that place. I was scared if it. I had just turned 18 and I was forced to go to a place I had little knowledge of. I constantly reminded myself not to show any weakness, because that’s what was expected of me. I was also very annoyed, asking myself, â€œwhy do I have to do this?â€ and I the answer was that I had to. Family was expecting me to, even the other boys in my area were expecting me to. Every time I felt the pain, I would ask myself, â€œwhat am I doing here?â€ I was even forced to hang out with straight boys who I didnâ€™t really know so it made the experience a bit uncomfortable for me. I was scared that they would make fun of me, and I would have no place to run to avoid them.

It did, at some point, start to feel more easy and comfortable for me, because I got to bond somehow with the other boys and establish some sort of friendship. I realised that the people who had a problem with my femininity were the old men who took care of us. They always told us that we were there to learn not to be soft because we would come out as â€œstrong menâ€, and it did feel as though that was directed at me because I was the feminine one. The problem with old men and women is that they are so patriarchal and narrow minded, so it felt as though they saw my sexuality as a threat to the practice.

Even now that I am a man, like every other boy who went went to initiation school, I still feel discriminated against by the elders. Yes the children respect me and call me â€œubhutiâ€, because they have been socialised into doing it, but I still feel the difference in the treatment between me and the other boys. The weird part is that I have not came out of the closet to anyone in my area and family but people have assumed that I am gay. A lot of people have this assumption that when you donâ€™t physically conform to the standards and expectations of what a man should be, then you are obviously gay.

I donâ€™t know how I as a minority in this space, can challenge people to be more open-minded and accepting of other people outside of straight man and woman. It becomes difficult, especially if you canâ€™t even breathe and express who you truly are. I do still see the need for initiation school, but we need to start looking at how we need to make these spaces more accepting of queer people but also remind the elders that this will not in any way affect the true meaning of initiation.

Interview has been edited for brevity and clarity