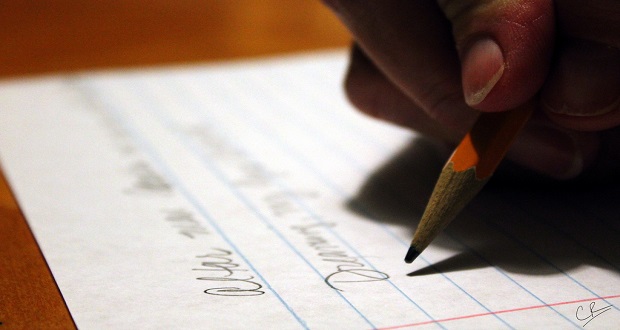 Itâ€™s almost time to bid you farewell and our timelines are filled with tweets and statuses expressing glee at seeing the back of you. Although you have put us through times that have been trying – at best – we would be lying if we said you didn’t leave us with a few important lessons.

In true South African fashion, this year has been packed with protests. Itâ€™s how we come together to show our displeasure with the status quo. From every protest we learned something valuable. We remember two in particular that taught us important lessons.

From racial exclusion we learned of financial exclusion. #FeesMustFall2016Â was a long and difficult time for a lot of us (regardless of where you stand on the issue). We learned that we cannot accept a system that financially excludes others. We learned that there are people who are prepared to fight for education to be a public good, available to all, no matter your financial background.

School children joining in the #FeesMustFall2016 march in Pta pic.twitter.com/RiyQrBPSmS

The year 2016 was a year of underdogs and we learned to never underestimate anyone at any time. No one really thought that the DA would challenge the monopoly of the ANC in the local government elections. In another example no one really thought theÂ big-talking businessman who did and said some deplorable things would really be the president of the United States of America. But we were wrong on both accounts. The DA won the Johannesburg, Tshwane, Nelson Mandela Bay and Cape Town metros (admittedly, we predicted Cape Town.)

Donald Trump also became the President-elect of the USA. We learned to never underestimate (or overestimate for that matter) the capabilities of anyone. We learned that as a human race, we really are the worst at predicting the future. We could never have predicted that Johannesburg would suffer Armageddon-style flash floods, for instance.

BREAKING: Donald Trump has just won the US Presidential elections

But yet again, 2016 taught us that climate change is real and that we really ought to do something about that pesky little thing called global warming. One minute, we were ordered to cut our water usage to cope with the drought, the next, heroes were forming human chains to save people from being washed away in flash floods. Thank you, 2016, for showing us the best of people in the worst of situations.

GALLERY: The aftermath of the flash #flood in Johannesburg >> https://t.co/LJ1DCq93IQ pic.twitter.com/eUOnjwJhLz

The public displays of racismÂ

2016 was the year for Â Penny Sparrow,Â Vicki MombergÂ and the perpetrators of the #CoffinAssault to gain notoriety on social media and show us that racism is not, in fact, dead – which we knew anyway. The public reacted with (mostly)Â outrage and showed us that our country will not abide by racism. They showed us that we have a long way to go but we are still making progress.

The power of Thuli, and the staying power of Jacob

And 2016, even when Thuli Madonsela released the dreaded but anticipatedÂ State of Capture reportÂ and we thought that our president would finally have to answer to the law – and then he didn’t – there’s still a lesson. We saw that there are those that continually speak truth to power and serve justice.

Besides the report, even though our president received an awful lot of criticism and humble requests that he step down, Â Jacob Zuma has remained unmoved. While he have ourÂ reservations on his leadership, weâ€™ve got to admire his resilience and persistence in completing his term of office.

The *womxn who led us

In 2016, we saw the feminist movement gain momentum and commit to continuing the conversation around rape and sexual violence. With movements like #RUReferenceList, #Chapter212, #SilentProtest, #Iam1in3 and #RememberKhwezi, 2016 taught us that there will be no more silence in the face of oppression and injustice. Instead, womxn are taking ownership of their bodies and speaking against those who disregard their agency. After the trauma that we experienced in 2016, we learnedÂ to look out for ourselves.

Young women of this country have inspired me over and over again this year âœŠðŸ¾ #womensday #RUReferenceList pic.twitter.com/ZaOQtO1Wjp

In short, thank you, 2016, for giving us laughter after you showed us flames. We couldn’t have survived this year without the memes: Pen Pineapple Apple Pen,Â Warrapen KeeganÂ and Evil KermitÂ helped us to practise self-care so we could get through the upsets youÂ kept throwing at us.

Thank you, 2016, for teaching us lessons that were learned the hard way. Thank you for showing us to persevere, to speak up against injustice, never to underestimate the underdog (or a can of Doom) and to help each other out when things got real.

*The term â€œwomxnâ€ is used intentionally to be inclusive of all femme identifying bodies, not just cisgendered women. The author also uses the term â€œwomxnâ€ to acknowledge that most of these movements were intersectional and included non-binary gender identities.