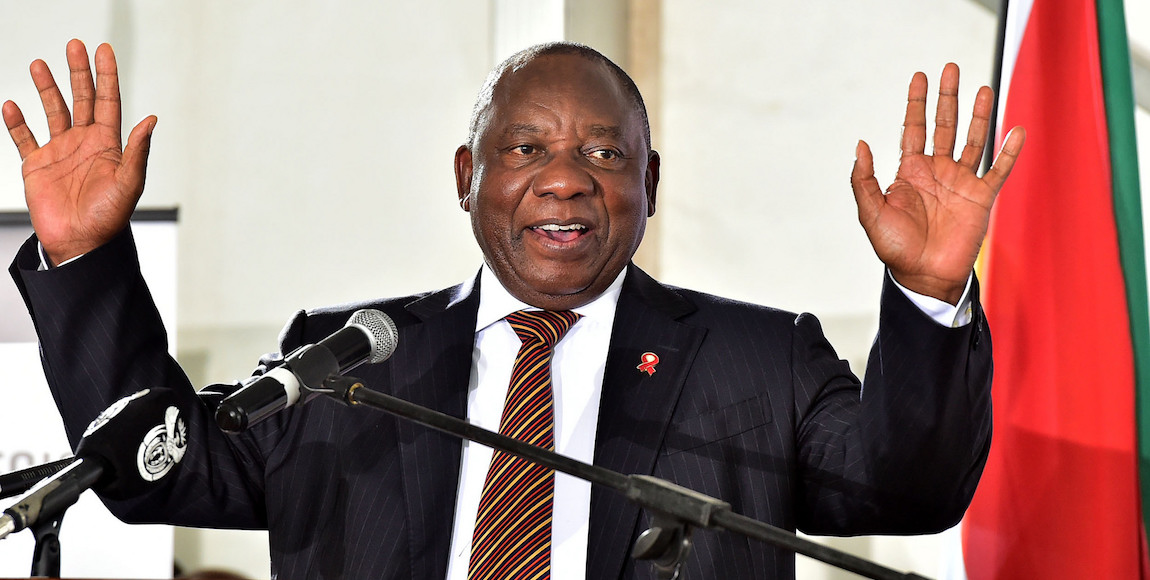 In a letter to deputy president Cyril Ramaphosa, Gaopalelwe Phalaetsile reflects on the ways in which *womxn end up as collateral damage when men wage political wars.

I imagine itâ€™s tough to campaign to be the president of the country. Many are vying for the same position and I am sure the country will be graced with many other smear campaigns as we approach the December elective conference of the ANC and the 2019 national elections. But I am concerned about your statement of the 2nd September responding to the leaked questions the Sunday Independent directed at you.

The title of your statement reads, â€œStatement by Deputy President Cyril Ramaphosa on invasion of privacyâ€. I want to address how this is not a private issue. It matters to me if one of the most powerful men in the country, who is also very wealthy, is preying on the vulnerabilities of young womxn, especially a man who is the most outspoken on the blesser phenomenon.

I have listened to you many times speaking against the abuse of power by old men who use their wealth and privilege over young people for sex and extramarital affairs.

You also often mention that young womxn need to focus on their books. I have commended you countless times for never victim-blaming young womxn who find themselves in situations where they have to depend on an older wealthier man for their livelihood because of their own disadvantage as young black womxn.

Because of the socio-economic conditions imposed on black people and patriarchy, young black womxn find themselves at the bottom of the chain. We donâ€™t have male privilege that protects us from poverty, rape, abuse and murder. These are the facts you so often speak about and raise during womenâ€™s month.

#NOTINMYNAME Ramaphosa blaming blessers for the high HIV infection rate among women aged 18 and 25. He says “Down with blessers”. HM

Right now, I donâ€™t know what is true and what is false, but my main concern is that these allegations have been brushed aside as a political smear campaign. I may be in my 20s, but Iâ€™ve learned that whenever men fight their political battles, womxn become collateral damage in the process.

Unfortunately, nothing can protect the womxn involved unless they have some financial backing. Even so, men recover from any sex scandal faster than womxn. Just look at Minister of Finance Malusi Gigaba, Minister in the Presidency Jeff Radebe and Sports Minister Fikile Mbalula whoâ€™ve all come out from sex scandals unscathed.

Deputy President, your statement suggests that you believe your private emails have been hacked, and at the same time deny any allegations based on those emails that you might be having sexual and romantic relationships with young womxn while maintaining their livelihoods. So which is it? Are those your emails that were hacked? You suggest that an intelligence source hacked your emails and invaded your privacy yet you deny what is alleged to have come out of those emails. It simply does not make any sense.

Some say that even if the allegations are true, you have done nothing wrong because the womxn consented. I respect any womxnâ€™s agency. But, as old, wealthier and more influential man, I will always question your position in this situation.

I question your position because it givesÂ you the influence to drive transformation and equal representation of womxn in both the private and public sector. I care about your personal life only when it pertains to this issue. How are you influencing and driving gender equality when in public you speak out against blessers and in your private life you allegedly act as a blesser yourself? Is this the way to dismantle patriarchy?

I know one man cannot change the world, let alone society, but a man in a position of power can drive change. As much as social ills need to be tackled by a collective, we cannot deny that individuals like you have a role to play in changing the system and how it continues to disadvantage womxn, especially young womxn.

So, Deputy President, please release another statement, speak to the nation about what is going on. I would like to see the answers to these questions and have you connect the dots. Everyone is speculating, some are wondering why you ran to the courts on an urgent basis to halt the article from being published, and rightfully so.

I read a tweet today that said if the allegations are true, you have committed no crime. I agree that no crime has been committed if you would have used your own money to fund these relationships, but you would still have lied countless times on national TV, bashing blessers and encouraging young womxn to focus on their books.

*The term womxn is spelled with an x to be inclusive of trans womxn. It also highlights the structural barriers all womxn face in a patriarchal society. It also removes the suffix â€˜menâ€™ to show that women are not the extension of men.