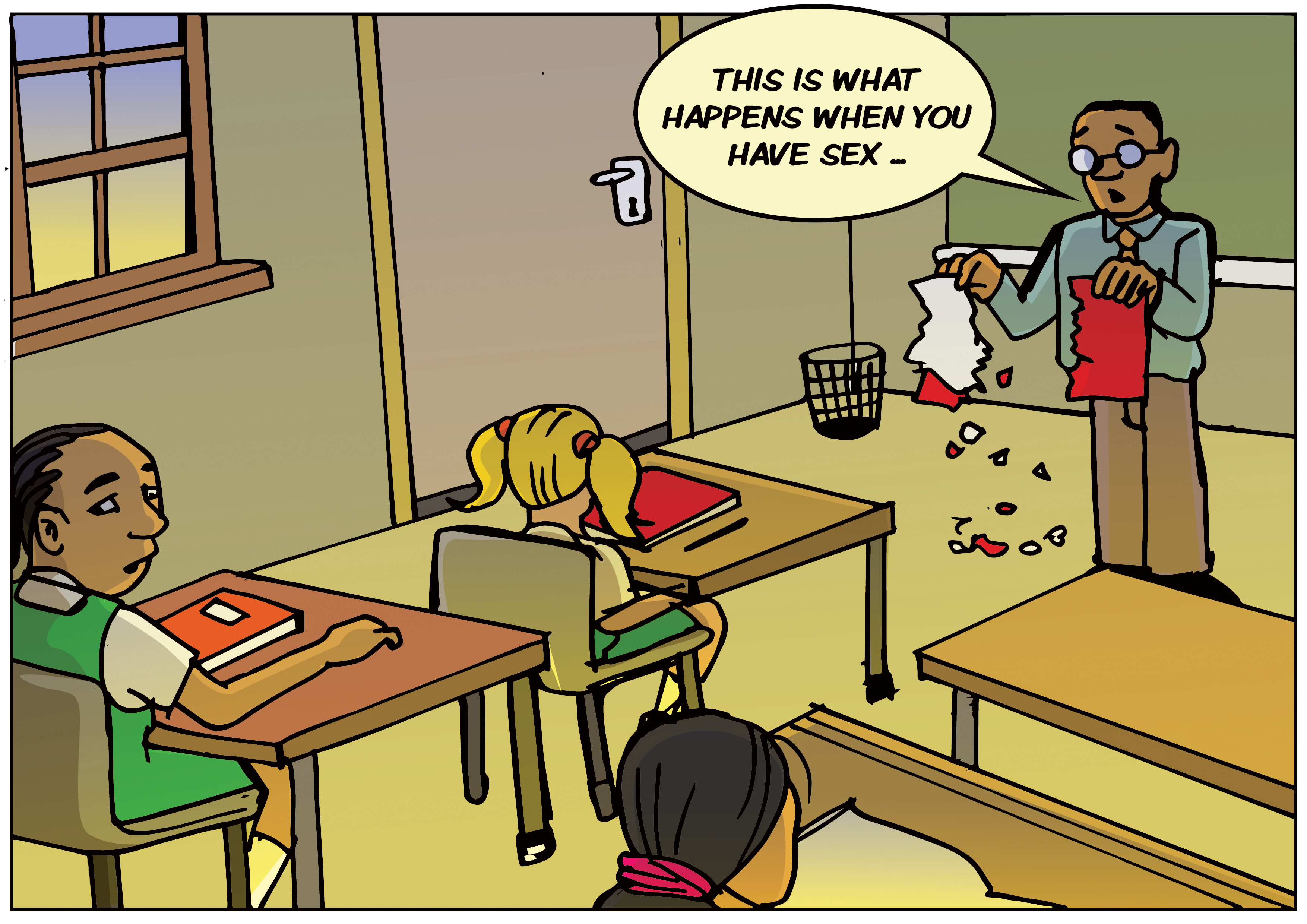 MARCHE ARENDS has learnt a lot about virginity since leaving school – it’s about many things, but purity is not one of them. She has a few words for her teacher, and the rest of society, who preach otherwise.

When I was in high school my teacher once stood in front of the class holding two pieces of paper – one white and one red.

“Look how perfect these two pieces are. They’re clean and unbroken and pure, aren’t they?” he asked. We nodded our heads, like good little girls. He applied a thick coat of glue to each one and rubbed them together. “This is what happens when you have sex,” he said, then he ripped them apart. The pieces tore in half. Pieces of red stuck to the white one while little bits of both floated to the floor.

He held up what was left for us all to see.

“Do they still look perfect to you?” he asked again. We shook our heads, again, like good little girls. “Exactly. Because they’re not. Every time you have sex you lose a part of yourself you can never get back. You’ll never be the same. You’ll never be pure again.”

It is certainly a peculiar argument, but one that seemingly resonates in societies across cultures and physical spaces: a woman’s moral compass sits between her thighs, and what we choose to do with our bodies is a measure of character.

As a child, I believed my teacher’s reasoning.

The idea that one choice, one moment, one person could alter me for the rest of my life, was terrifying. I didn’t want to be dirty or empty. I didn’t want to make an irreversible error. And mostly, I didn’t want to be broken. And so, like so many others, I spent many years being afraid of sex, refusing to even acknowledge that there were parts of my body specifically designed for pleasure.

Until of course I did have sex and realised my teacher was full of shit.

I had a great time. I’m still having a great time and I’m angry at my teacher, and others who preach a similar gospel, for making young women believe otherwise.

See, instead of rehashing a tired, disempowering and factually incorrect lesson, he should have said: “The first time you have sex can be confusing. It’s normal to feel overwhelmed and anxious. But if your anxiety is borne from a fear that having sex will make you less of a person then that’s a problem, because it’s simply not true.”

He should have said: “Virginity is about many things but it sure as hell isn’t about purity. It’s about power, submissiveness and strengthening patriarchal systems of control. It’s about policing women’s bodies.”

RELATED: “Patriarchs – keep your noses out of my panties!”

He should have said: “Virginity is a social construct. That means it’s not really a thing. Our understanding of the word is dependent on cultural and religious contexts and, therefore, cannot be objectively defined. It has no medical or scientific basis. Virginity, as we understand it, exists because we say it exists. This is why using it to assess a person’s value is absurd.”

He should have said: “Virginity is intimately connected to the commodification and ownership of women. Historically, women who were sold into marriage claimed a higher price for their families if they were virgins than if they already had children.”

He should have said: “Using vaginal penetration (penis in vagina) as a marker of virginity is not good enough. Not only is it frighteningly heteronormative but also it’s dangerous. It implies all other sexual encounters are not sex and don’t need to be treated with the same regard for safety.”

When we teach our daughters about sex we should be teaching them to do it when they’re ready; giving them the tools to make an informed decision instead of pretending that sex doesn’t exist. For some, being ready might be marriage, and for others, it might be whenever the moment feels right. It doesn’t matter, because the most important lesson we should be teaching is that who we are as people is not in any way dependent on what we choose to do with our bodies.

Marche Arends is a journalist and writer living in Johannesburg. She is passionate about social justice, human rights and that last french fry at the bottom of the bag.