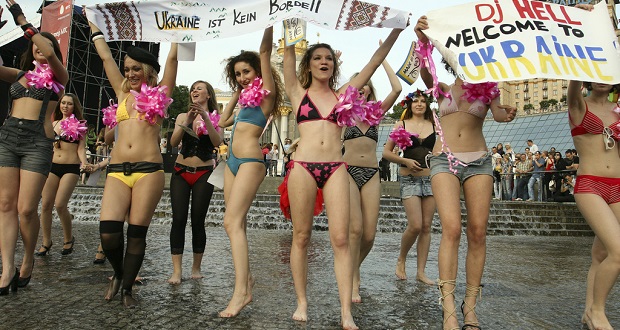 On Thursday morning Vashna Jagarnath, a lecturer at the University Currently Known as Rhodes, Nelisa Ngqulana, communications manager at Activate!, and freelance journalist Louise Ferreira discussed white feminism with Eusebius Mckaiser on Talk Radio 702. Here are some of the main points that came out of the discussion. And yes – it was all kinds of fire.

There is no singular feminism

First of all, we need to stop seeing feminism as one whole movement. There are many different forms, types and waves feminism, which are in constant debate with each other. And in case it isn’t obvious, the dominant modes of feminism emanating from Europe or the United States tends to ignore the lived experiences of South African women.

One of these forms is white feminism

“It [white feminism] is a particular branch of feminism practiced by women that is not inclusive,” said Ferreira. It is a form of popular feminism that is self-absorbed and ignores issues of race, disability, and class.

“It is a form of feminism that seeks to create a group of people that are more educated than others,” said Jagarnath. Actress Lena Dunham is considered the epitome of white feminism. But she is seen as one of the faces of feminism itself, which shouldn’t be the case because her feminism is very damaging.

ALSO READ: Why Lena Dunham is the epitome of white feminism

But white feminism is not only practised by white women

Black women can also be guilty of white feminism. “We use our privilege, our middle-classness, our education, that we don’t identify with black women on the ground. As black women we must also be aware,” said Ngqulana.

“For example, in India there is no white population, the colonisers have left – but it is now the upper caste women who are doing the oppressing. It doesn’t mean that as a black person you are free of this either, class plays a role in this. Class becomes an issue in white solidarity,” said Jagarnath.

We shouldn’t be caught up with the language

Do we even know all the terms used when discussing feminism?

“We need to use language that doesn’t exclude people,” said Ngqulana. This is where white feminism also comes into play as they use terms, such as intersectionality, that may not be known to most women, which excludes others from these discussions. “If I just say race, class and gender, it is not as alienating,” said Jagarnath.

And we shouldn’t worry about white tears

When debating white feminism, there will always be that one person who will be touched on their studio. In debates related to whiteness it’s like everyone needs to be cautious about whether we bring about white tears.

“This bleeds into discussion on racism, we have to constantly qualify what we are saying. Obviously, we don’t mean all white women. It’s not that we want to distance ourselves from white women. We have to continuously worry about the white audience,” said Jagarnath.

When these experiences and issues of feminism are discussed – put your feelings aside.”On Twitter especially. Your hurt feelings is not more important that the systemic pain experienced by other people,” said Ngqulana.

You can listen to the discussion here: