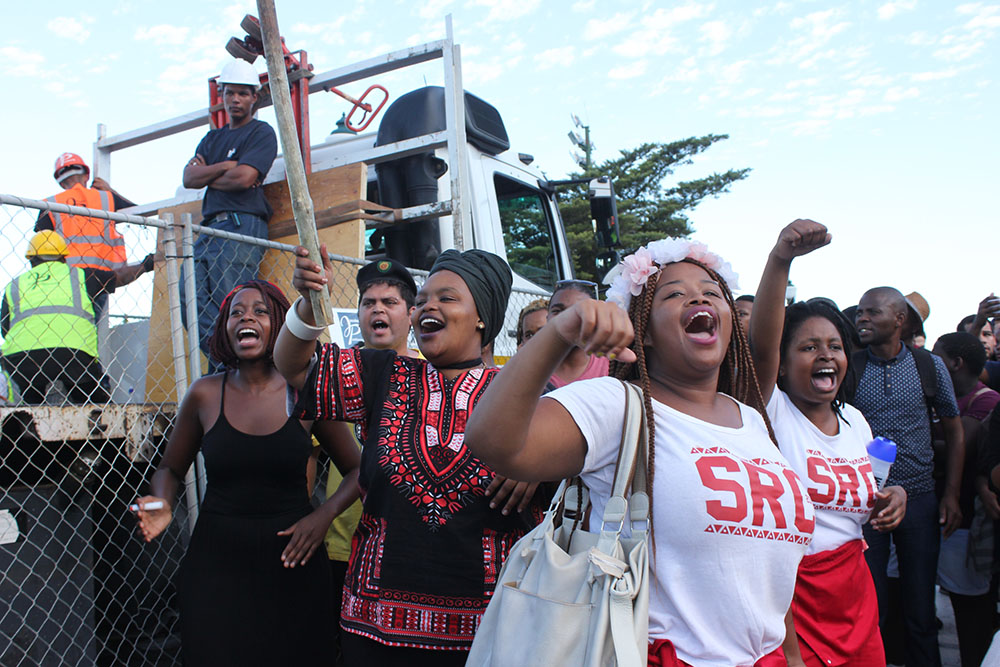 In the first of a series on decolonisation as a personal journey, Wanelisa Xaba says it is time for Black activists to interrogate the ways in which they reproduce white supremacy in everyday interactions.

Decolonisation as a tool for Black liberation is mostly articulated as a political ideology removed from our personal politics. On an intellectual level, Black activists understand that South Africa has not gone through the decolonisation process. We understand the process of decolonisation as the psychological, spiritual and the physical decentering of whiteness as a dominant tool of imperialism and the subjugation of people of colour. However, the difficult work of personalising decolonisation and working on the different ways we have internalised white racism is a topic we shy away from.

As the clichÃ©d feminist mantra asserts, the personal is political. The political is also personal, meaning decolonisation is personal. Unfortunately, some Black activists are only comfortable pointing a finger at the system. We (myself included) do not want to consider that we have internalised white supremacy and reproduce violence on other Black bodies.

During #FeesMustFall, when womxn were raped or abused in the movement, men in the movement insinuated that the personal was lying or that they wanted to ruin the political credibility of the comrade. Even during apartheid, prominent men in the fight for liberation were rumoured to be abusive husbands. Over the years, some womxn activists that were in ANC camps around the continent have also come out with their experiences of rape by men in the movement. The examples above demonstrate how we reproduce the system we fight against when we do not decolonise how whiteness has impacted how we think about gender, sexuality, consent and ability (ableism).

The way in which Black men in nationalist movements have dealt and continue to deal with incidences of rape and gender-based violence is an example of the â€˜selective freedom fighterâ€™ syndrome. I use â€˜selective freedom fighterâ€™ to describe people who fight against white oppression but are comfortable with inflicting violence or defending violence inflicted on other Black people like womxn, non-binary people and queers.

Donâ€™t get me wrong, I am not saying that internalising white supremacy is our fault. We did not choose to exist in a world that devalues and perpetually traumatises us as Black people. Unfortunately, most of us have been raised by parents who grew under apartheid and raised us to hate ourselves. Some of us were taught to speak English instead of African languages in order to better assimilate into whiteness. Some of our white schools teach us that our hair is ugly and must be hidden at all costs, or extended families shame us for having dark skin.

The media and public spaces encourage us to aspire to whiteness through messaging that portrays white people as pure, beautiful and intelligent while simultaneously denigrating Black people as evil, ugly, violent and unintelligent. The church as a white supremacist, anti-queer institution (which is part of colonial imperialism) has also influenced how we think about womxn, gender expressions, sex, desire and sexuality. Black radical activists do not realise that sentiments like â€œhomosexuality is unAfricanâ€ are examples of how they have internalised conservative and hateful colonial constructions of sexuality and the gender binary.

All of us are products of the system. However, as Black activists and Black people in general, we have the responsibility to examine the different ways white supremacy invades our intimate spaces, thoughts and behaviours.

The first step to unlearning whiteness is acknowledging that it festers within us. We must acknowledge that while we experience violence under white supremacy, we also reproduce it. This can be done by reflecting on the ways we relate to other Black people who hold marginal identities. If you are a heterosexual Black person invested in Black liberation, you have the responsibility to examine the ways in which you reproduce queer-antagonism. If you are an able-bodied person invested in Black liberation, you must continuously check your language or how you organise protest spaces that donâ€™t accommodate activists who are differently abled or who have mental illnesses. If you are a Black man who is invested in Black liberation, it is urgent for you to check your male privilege and your complacency in rape culture. It is being cognisant of class privilege and how socio-economic mobility and proximity to whiteness comes with power.