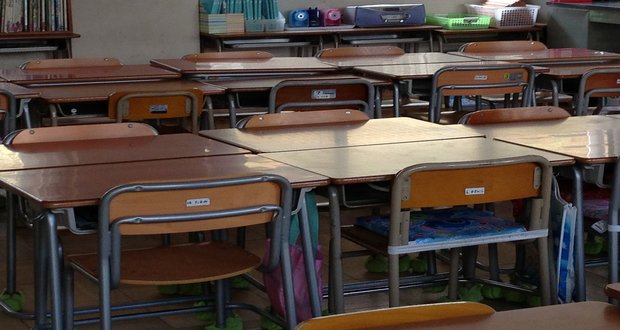 At my alma mater, Pretoria High School for Girls, we sang an old English school song almost every week while Edith Aitken stared at us out of an old wooden frame. She was the first headmistress of my school and crafted our school charter, which stated that the goal of the school was that â€œgirls of different races and different denominations might meet in that commonwealth of letters which gave Erasmus and Shakespeare to the world.â€

Regardless of whatever good intentions Aitken had, the first non-diplomat black girl still only gained admittance in 1991. The education system was still, and continues to be, Eurocentric, sexist, racist, homophobic and exclusionary to all people of colour. In high school English lessons, I read a Shakespeare play every year, but only one book by a South African author of colour: District 6 by Richard Reeves. The only book I read written by a woman was To Kill a Mockingbird.
Is that not a colonised system?

My school was founded by Lord Alfred Milner, a colonial administrator who said that segregation “was desirable no less in the interests of social comfort and convenience than in those of health and sanitation.”

He established eight English-medium high schools in South Africa to further his agenda of British imperialism. The schools were literally created to educate British boys to continue the process of colonisation, and educate the British wives who would bear their children and ensure the legacy of the empire.

They were called the Milner schools, and till today have the reputation of being â€œgoodâ€ schools, with high pass-rates and good discipline. But they are also the legacy of colonialism, of education systems designed to strengthen the imperialist system that took over this country and subjected its native population to subjugation.
These schools are suffocating spaces if you arenâ€™t blinded by internalised racism and sexism. Almost all our teachers were white. White women teaching young women of colour. There is an inherent power play there. The structures of the schools are based on tradition, with traditional manners being instilled (enforced) in us while we wore our traditional war-time (literally) dresses.

Traditional to who? Not to me, or my black, coloured and Asian friends. And thatâ€™s the problem with these systems. They normalise Eurocentrism to the point that we think of ourselves as the other, even in South Africa. The citizen is the White, English, man and woman. We are the Subjects, subjected to rule. These schools are proud of their history. My brothers and I were taught to be grateful that we attended them, because the teachers came to school every day and we had books and desks. But no one ever questioned WHY other schools didnâ€™t have these amenities. I never told my white teachers that the reason those schools were broken was because their ancestors didnâ€™t want to educate people of colour, and so that legacy of schooling continues to exist as well.

Rather than turning us into “young ladies and gentlemenâ€™” these schools teach us cognitive dissonance. To exist with both shame and superiority complexes, with a Model-C accent of course.
Decolonisation needs to start from secondary school if it will succeed at the tertiary level. Aluta Continua.