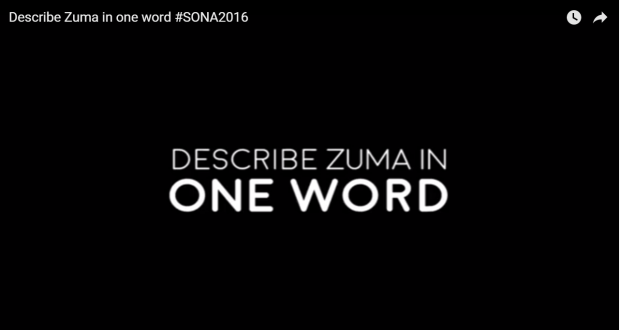 With the 2016 State of the Nation Address just days away, The Daily Vox team hit the streets to ask some folks to describe what really comes to mind when they hear the wordsÂ “Jacob Zuma”.Â

When asked how to describe Zuma, most people found the question quite funny. Tarryn Palmer, an area manager in Melville, had a hard time thinking of just one word saying â€œThereâ€™s horrible ones coming to mind.â€ But, after some thought, she chose the word â€œincapable.â€ Godfrey Motia, who is unemployed, believed Zuma is â€œnot a good presidentâ€ and Dan Webster, a pastor, said â€œselfish.â€