Driving to the Snake Park (Doornkop) community and mine, in the heart of Soweto, does not take that long. It is about an hour’s drive from Rosebank but going there feels like entering a place far removed from central Johannesburg. Goats and cows wandered the streets near the mine dump. In fact on the land directly next to the mine dump, we passed by people’s houses and kraals that had been built there. However, from that point on it is easily noticeable that there is something wrong in the area.

Many of the animals lie on the floor, essentially lifeless. Tiny Dlamini, a activist who accompanied us on the trip said that the animals too get affected by the radiation and dust from the mine. Walking onto the mine was relatively easy, except for the slight rocky hills you have to climb over. And that in itself is suspicious.

There was no fence around the mine, no signs warning against trespassers or even a sign that warns of the dangers of the mine, of which there are many. It is this lack of signs and a fence which also poses the biggest danger to the community. The children of the community often come to the mine to play. The tailings dam is a huge body of clear water that looks very inviting. It is here that the children come to swim and play. However, the clear water is deceiving. The dam is actually filled with the waste chemicals from the mining process. They have a huge impact on the environment causing erosion, the formation of sinkholes, loss of biodiversity, and contamination of soil and groundwater. Tiny says it is that dam that has directly caused the death of many of the children in the area. They come to play but find themselves caught in a sinkhole and are often lost without any chance of recovery.

And yet this is not even the biggest problem that this mine poses to the people of the Snake Park community. The Benchmarks Foundation who helped facilitate this trip to the area, wrote a report on how people’s health in this area and others are being affected by the mines. From breathing problem to lung cancer and cerebral palsy, there are many issues affecting this and other communities in Johannesburg area who live near the mines. And it’s easy to see why.

We spent only a few hours in the area and it felt difficult to breath at times. It is unimaginable how the people who live there feel, having to breathe in the dusty and poisonous air day in and day out. Most of the people who we spoke to said in August and September when the winds blow is when it gets really bad because the dust blows all over including in their homes, clothes, blankets and even the cooking pots. While we were standing on the mine, it literally felt like my skin was burning and the heat were truly unbearable at times.

The Benchmarks Foundation brought along a Geiger counter which was measuring the radiation levels in the area. According to most standards of measurement 0.5 microsieverts (ÂµSv/h) per hour is considered the safe level for medium to long term habitation. Most of the readings on the Geiger counter while we were in Snake Park ranged from 7 to 29. The reading was the highest around the area of the mine where the tailings dam was situated.

Lead researcher from the foundation David van Wyk who told us something about this area we should have suspected. This current situation the people find themselves in cannot just be explained as the failure of government and the mining companies now, even though they obviously play a great role. Van Wyk said it was in fact apartheid spatial planning that meant all the black people in the Johannesburg area were placed in the West and East Rand while the white mining bosses lived in the North and South. This meant that the black population living in these areas were staying directly in the pathway of the mine tailings, toxic dust and water which flowed of the Witwatersrand mines. Van Wyk said the government should not even be developing Soweto and instead, all the people should be moved out here. And it clearly evident why. The air is toxic, the ground is toxic and yet people are still being made to live here because there is nowhere else to go.

What was the hardest was having to look at the faces of the parents and grandparents who have children and grandchildren with cerebral palsy and see them plead with tears in their eyes for us to help them. They have limited money and rely greatly on the grants the children get. Schools for children with cerebral palsy are extremely expensive and they often have to send them to mainstream schools where the children don’t receive the attention they need. The nearest hospital is the Chris Hani Baragwanath Hospital which they have to travel to using taxis. And they told us that the taxis often don’t stop when they see them waiting with the wheelchair. It was truly heartbreaking and what was worse was having to reply that all we can do as journalists is tell the story and hope it gets someone’s attention who would be able to help them.

Colonialism and apartheid ruined the social fabric of our country, destroying people and the environment and now the government too turns a blind eye. And throughout all this, people are being forced to stay in this danger with no hope of help.

Featured image by Fatima Moosa. All other images by Mohammed Jameel Abdulla. 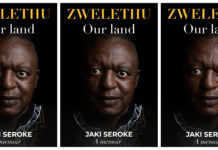