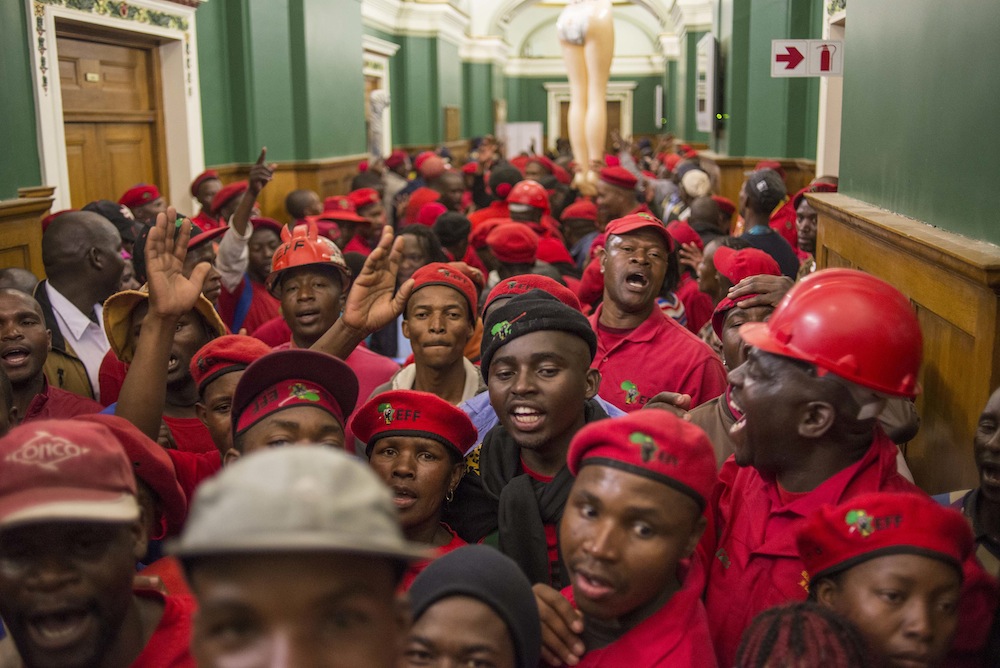 The EFF Student Command (EFFSC) met with the department of higher education and training (DHET) on Monday, and released a statement which made several claims about what had been agreed to, ahead of the 2018 academic year. However, the meeting went differently, according to the department.

The EFFSC claimed that it managed to get the DHET to agree on several demands, including the scrapping of historic debt, the re-admission of financially-excluded students, and the complete scrapping of pre-enrollment fees.

When asked about this “formal agreement” with the department, EFFSC spokesperson Mangaliso Sambo said that they cannot control what DHET has put out, but agreements were made, which the EFFSC publicised in its statement.

Speaking to The Daily Vox, DHET spokesperson Madikwe Mabotha said the meeting with the EFFSC was part of engaging with all student formations and heads of universities and colleges.

â€œIt is merely to engage with all relevant stakeholders to make sure there is a smooth transition at the beginning of the academic year. It is an operational thing that is happening every year,â€ he said.

One of the outcomes of the meeting was free registration both at TVETs and universities, the EFFSC claimed. However, a statement released by the DHET says this provision is only for NSFAS-qualifying students. Sambo said that they stated that students would register for free because the majority of students household income was below the R350 000 benchmark.

He added that he was waiting for the rest of DHET offices to open for their â€œagreementsâ€ to be met.
The EFF also claimed â€œstakeholdersâ€ agreed on â€œscrapping of historical debts and the return of previously financially excluded studentsâ€.

The DHET agreed to work with the EFFSC and other student formations to root out â€œfake and fly-by-night institutionsâ€ and more public education is needed on this matter which is also in the EFFSC statement.

The EFFSC also claims all suspended and expelled students and free education activists will return to university.

Mabotha said the statement was not about the department signing agreements with the EFF, but to clarify issues.

â€œThat issue did not come up and it is not in our statement, so I am not going to speak about something not captured in that statement,â€ he said.