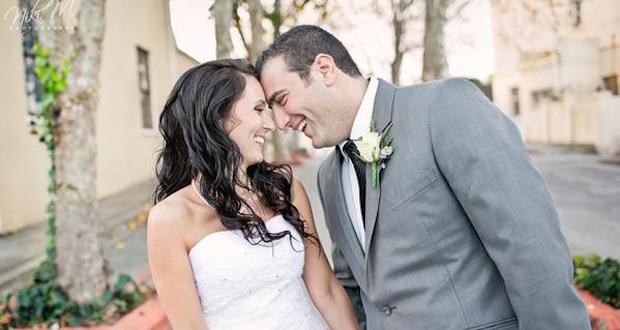 Slain Port Elizabeth teacher Jayde Panayiotouâ€™s husband is widely believed to beÂ the second suspect arrested in connection with her murder, although this is yet to be officially confirmed.Â Cue comparisons with the Shrien Dewani case.Â Just weeks ago, social media was abuzz as the search for the missing teacher went viral. A Facebook groupÂ disseminating information about Panayiotouâ€™s murder claimed two men suspected of the murder had fled to George and began circulating pictures of the men online.

After a relentless search, her body was found on the outskirts of Uitenhage.

The South African Police Services (SAPS) on Thursday announced that two suspects had been arrested in connection with her murder. One of the men was named as Thando Siyoli (31), butÂ Â the second suspectâ€™s identity was withheld and will only be officially released after he appears in court on Monday.

However it has been widely reported that the second suspect isÂ Panayiotou’s husband, Christopher. Speaking to The Daily Vox, Eastern Cape SAPS spokesperson Brigadier Miranda Mills said she could neither confirm nor deny that the husband is a suspect. Many South Africans were floored by the news.

While some questioned whether there would another Dewani-style televised trial, others predicted that there wouldÂ be less media coverage now that Panayiotouâ€™s husband has been named as a suspect and the narrative of an innocent white woman preyed upon by black criminals had been broken.

Saddened at the turnaround in the #Jayde Panayiotou story. Shocked in fact. Will it be another televised trial? â€” Jane Strijdom (@JaneStrijdom) April 30, 2015

Watch the media narrative of the story change as news emerges that the husband was arrested as a suspect #JaydePanayiotou â€” A (@AbuleleAdams) April 30, 2015

A case of this nature is something South Africa is all too familiar with. In 2010, British national Shrien Dewani allegedly hired two men to murder his wife, Anni, in Cape Town. Initially Dewani was not a suspect, but he was later charged with murdering his wife. The case was thrown out of court, but Dewani could still face questions about his wifeâ€™s death in a public inquest set to take place in the UK.

South Africa seems to have developed an appetite for these types of family drama/domestic violence cases â€“ as well asÂ Shrien Dewani, thinkÂ Oscar Pistorius and, more recently, the Van Breda family murders. Thereâ€™s one more thing these cases have in common â€” the initial assumption that they were perpetrated by black men on a crime spree.