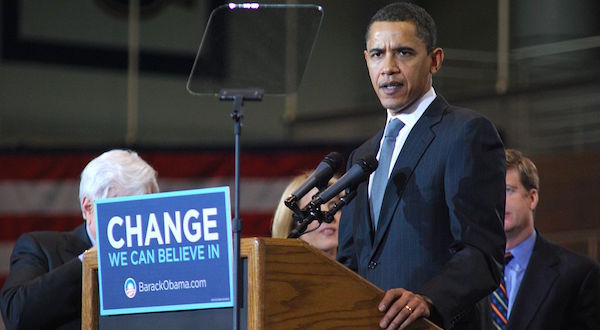 Who is to blame in the aftermath of the death of Pierre Korkie, a South African man who became collateral damage in a botched rescue attempt on a US citizen by an American special forces team? ?

Korkieâ€™s death, a tragedy that many believe could have been avoided, has ignited a wave of finger pointing in South Africa.

By Wednesday, 10 December, Korkie could have been home after a successful eighteen-month negotiation process to ensure his release from Al Qaeda captors in Yemen. Gift of the Givers South Africa, the disaster response organisation that handled the negotiation, promised Korkieâ€™s wife, Yolande, that her husband would be home for Christmas. Imtiaz Sooliman, director of Gift of the Givers, told Yolande: â€œWe are almost there, we are almost doneâ€. But it never happened. Instead, Korkie and Luke Somers, an American photojournalist held hostage together with Korkie, were killed in a failed rescue attempt by the US government.

The US has drawn ire for Korkieâ€™s death after US President Barack Obama gave the go ahead to extract Somers after receiving information that Al Qaeda planned to execute him within 72 hours. On Monday, the US Embassy to South Africa released a statement explaining that it had no knowledge of the rescue plans made by Gift of the Givers.

â€œThe United States was not aware of the progress of the negotiations between The Gift of the Givers and the Yemeni hostage takers, nor of a promise for Pierre Korkieâ€™s release,â€ it said in the statement.

â€œMoreover, at no time was it apparent that Pierre Korkie was being held in the same space as the American photojournalist Luke Somers.â€

And it is this statement that has come under scrutiny, because had the US government known Korkie was being held with Somers, there would have been an onus of the US to communicate with the South African government about this.

@tim_meh87 @RanjeniM again. Naive to think that they didn’t. They would’ve known circumstances of every person at that safe house

@ferialhaffajee He’s lying. Does it mean SA didn’t know too? @ClaysonMonyela says they were in contact with the US. @azadessa

â€œBecause of their security protocols, itâ€™s very difficult to get in direct contact with them. But I trust that their intelligent services are strong enough to keep track of most happenings, especially with Al Qaeda involved,â€ Ahmed said.

The US Embassy in Pretoria has said that the American government â€œmoved with the information available in an attempt to save livesâ€. This has raised questions about the credibility of the intelligence communication upon which the US government acted upon to rescue Somers.

United States says they had no idea Korkie was with Somers. So this was an intel failure? Who gets fired for this? @USEmbassySA

While speculation grows as to how much the US knew, the American government has also faced criticism with regards to its foreign policy, and its non-negotiable approach to dealing with terrorism, which often sees America turn to force in rescue operations.

.@JordiGriff @tim_meh87 @nytimes Its not only ransoms which sponsors terrorism, its foreign policy as well.

The US, as well as the South African government, refuse to pay ransom to terrorist organisations, believing that money funnelled to terrorism would enable more attacks and kidnappings. Gift of the Givers had negotiated to pay $200,000 for Korkieâ€™s release. The money had been raised by Korkieâ€™s family.

Ahmed said there was â€œnobody to blameâ€ for the deaths.

â€œIf South Africa was in the same situation [as the American government] and we had the firepower to go in and physically extract Korkie, thereâ€™s no evidence to say that we wouldnâ€™t have done that,â€ Ahmed said.

As the debate wages between the interest of the Americans and the interest of the South Africans, Korkieâ€™s body is set to be delivered to his family on Monday. Korkie, a teacher, has left behind a wife and two children. Yolande Korkie issued a statement on behalf of her family after news of her husbandâ€™s death, saying the family had chosen to forgive those responsible.

â€œToday we choose to forgive. We choose to love. We choose to rejoice in the memories of Pierre and keep him alive in our hearts. We honour Pierre’s legacy and give Glory to God for his life and death,” she said.

But many South Africans are struggling to find the forgiveness Yolande Korkie courageously expressed.

Comes down to fact that #PierreKorkie was to be freed while #Somers was possibly to be executed. An untenable scenario for US govt.